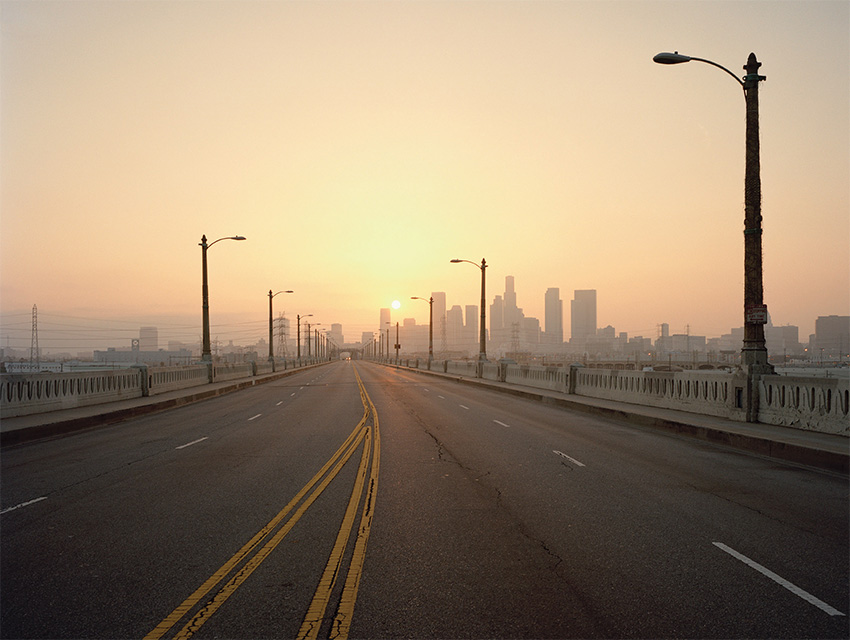 In “Leaving Los Angeles,” Scott Timberg wrote about how he could no longer afford to live in Los Angeles. A former Los Angeles Times writer, he lost his job at the paper, then his house, and then his hold on the California Dream. As Timberg argues in the piece, he’s far from alone among writers and artists who’ve found the price of living here too high. Pointed and poignant, the story generated an unprecedented response online and in social media. At the time he wrote the story, Timberg and his wife were unsure of what they would do next—continue the struggle to live in a city they love or move on. Since the story’s publication, the couple chose the latter. Timberg’s editor on the piece, Matthew Segal, caught up with him as he was packing his belongings and heading to Athens, Georgia.

I’m getting you at precisely the wrong time, given how little of it you have this week. You’re headed for Athens, Georgia, while also focusing on your new gig writing for Salon. So I’ll keep this brief. Your story really blew up, generating a slew of dialogue, some of it sympathetic, some empathetic. Some neither. What’s been the most surprising reaction?
This story has gotten more attention that anything I’ve written for ages; I’m grateful folks are reading it. A lot of people seem to be going through a similar long goodbye, or went through it years ago. I guess the surprise has been the number of people—friends, mostly—who’ve told me they “envied” me escaping town. I was surprised because I saw it as a personal failure, my inability to hold on in Los Angeles any longer. It may still be, but a number of people I know view me (and the others in the story) as pioneers in the exodus from Los Angeles… People I thought were solidly grounded in L.A. told me they’re trying to get out, looking for a place to land, and are pleased/jealous/whatever that I seem to have plotted my escape.

There’ll never be a shortage of bile online. Did you read any of the negative comments?
I’ve been writing for the Web for years now and quickly learned not to pay attention to that stuff. I did see something on Twitter, I think, saying that my story was about declaring L.A. “over,” or something. Definitely not my point. It’s a wonderful place, just one that’s become increasingly hard for middle-class people without major family assistance.

You focus on, as you say, the creative class, noting artists, gallerists, musicians, novelists, and journos who’ve been squeezed out of L.A. What do you think when people say you’re arguing for special treatment in a supply-and-demand economy?
I’m not surprised that lots of people see no difference between musicians, writers, artists, etc. and the rest of the world. I get into what makes the creative class distinctive in my book Culture Crash but will just say in haste here that I hold to a minority opinion that there is something at least a little bit sacred about storytelling, truth-telling, music-making, and other creative endeavors. It’s also the group that defines Los Angeles in a lot of ways—and which makes these people’s gradual, post-recession exile especially strange. And I should add that if you lose your job or have your earnings cut in half, it doesn’t matter what class you’re in—it’s always painful and life-changing. Most people are also entirely unprepared for it; I certainly wasn’t ready to have it happen to me.

But you no doubt know journalists who’ve gone into a different line of work. I mean, Russ Stanton, the former editor-in-chief of the L.A. Times, is working for a crisis management PR firm. Why be faithful to something—writing—that hasn’t been faithful to you?
Good question! I should probably have done something else. But I’m in my forties—it’s too late for me to stop now. I’m both the son and brother of journalists. It’s in my bones, I guess. As for crisis PR—a bizarre euphemism—I’ll just say that it has very little to do with journalism.

As for your relationship with L.A., well, you’ve certainly tried to make it work. You’ve moved around; it’s not as though you chose the most “desirable” neighborhood and wondered what the deal was. But now you’re moving to Athens, Georgia. The area has a good musical pedigree and a median home value of $128,000. But why there and not, say, Portland, Oregon?
I love Portland and fantasized about moving there even before the recession turned my world upside down. In January I visited for a reading at Powell’s, which was a blast. Two things, though: First, in part because of Portlandia, I suspect, the city is no longer a cheap, funky spot for artists and oddballs. Actually, it’s still—mostly—eccentric and wonderful, but it’s no longer that inexpensive. Second, I think when people imagine leaving a city and making a new life, they expect they’ll just figure out the ideal spot and go there, like ordering from a particularly expansive menu. But life, at least my life, has rarely worked that way. It’s more like going into a mid-size used bookstore and finding the best option available. Athens is a cool place, and it fit a lot of our criteria—music scene, affordable, progressive politics, nature—but a lot of life, I’ve learned, comes down to luck. Portland wasn’t in the cards this time; Athens was.

Now that you’re writing for Salon, you’re essentially a former Yankee with a California sensibility and southern roots working for a New York-based (formerly San Francisco) entity that’s part of the online world that helped disrupt your line of previous work. How do you think you’ll define yourself in Athens?
It’s actually a bit more complex than that: I’m a California native (born at Stanford hospital), raised in Maryland, educated in Connecticut, North Carolina, and England, who has spent the longest stretch of his life in Los Angeles. I’ve been fascinated by regionalism and local differences, but by now I’m as confused as anyone reading this probably is. Living in L.A. brought a lot of things together for me. Now they’re apart. But it’s hard to imagine getting any deeper into a city’s history or a region’s culture than I did in Southern California. It was fun while it lasted, but I will probably never be able to afford to live in California again. Maybe the whole thing was a waste of time—I don’t know. These days I’m more concerned about the subjects I explored in Culture Crash—the plight of the creative class, the disenchantment of our cultural life, income inequality, and what market-worship has done to our souls. These are all things I can observe in Athens as well as L.A.

Your wife has a job lined up in Athens, as a librarian. You’ve found a good school for your son. Tough as I know this whole thing has been, I’m glad the waters have settled. What’s next?
I’m not sure things have entirely settled, though I like the thought. When your profession collapses, it’s hard to see what the end of it will be. I wish I could say I had a sense of what’s to come. My layoff and the ensuing mess have made me very risk-averse and eager for stability. But once I settle down here, I hope I’ll have the kind of creative freedom I didn’t have in California. I’d like to do another book, for example. For a writer that’s an important pinnacle. Looking back at my last few years in Los Angeles, I realize now that I was not building toward anything. I enjoyed the place day by day, week by week. And I miss it a lot, especially my friends and the guys I played music with, but I was probably fooling myself. I tried as hard as I could to hang on. One thing middle-class Americans don’t often understand: There are invisible forces that shape our lives far more decisively than we do, at least some of the time. I know that sounds very un-Californian, at least very un-Boomer California, but it was out there that I learned that lesson really unambiguously. I’m looking forward to a period where I’m in charge of my life again.