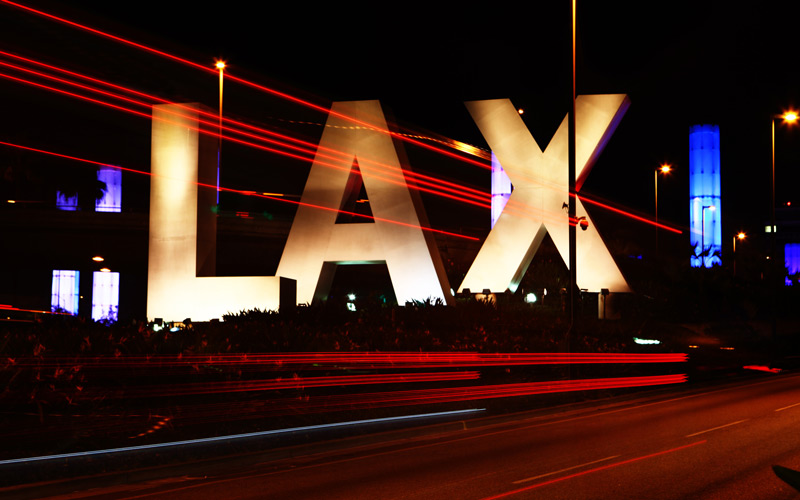 It’s late and you’ve finally landed at LAX after flying for hours in a cramped airplane. You shuffle to baggage claim to collect your luggage, and you’re looking forward to just getting out the door, slumping into your ride home. Well, think again. Starting October 29, the LAX Uber rules are changing, and the airport will require travelers to board a shuttle to a designated parking lot to get picked up.

The new rules, announced on Thursday, require all passengers to ride a shuttle or schelp on foot to the “LAX-it,” as it’s being called (pronounced “L.A. Exit”), a parking lot outside Terminal 1. Airport authorities say the process will take about 15 minutes (though some have expressed skepticism of that estimate as too low), between waiting for the bus and the drive to the destination.

To make the waiting area as comfortable as possible, airport authorities say it will be outfitted with phone charging stations, restrooms, and food trucks from 5 a.m. to 1 a.m. Workers will be available at both the terminal and the LAX-it to help passengers load and unload bulky luggage, and accommodations have been made to help ease the process for individuals in wheelchairs or with other mobility challenges.

As travel industry site Skift reports, the shuttles are only intended to be a relatively short-term solution, and will theoretically be replaced by a “people mover” train in 2023. That system would connect drivers to the rideshare lot, a new rental car hub, and, ultimately, to light rail public transportation.

The motivation for the change is an attempt to manage traffic at the busy airport, which has been made even worse in recent months due to increased traffic and major construction projects, many of them justified as preparations for the impending Olympics. LAX seems to think corralling riders and drivers in the designated lot will ease the flow of other cars transiting through the airport’s campus.

“We understand that trying to get into the central terminal area is a challenge and has been for a long time, and we’ve been working to make that much better,” Keith Wilschetz, deputy executive director of the Operations and Emergency Management Division at Los Angeles World Airports, told the Los Angeles Times. “This is a way we can do that.”

Banning app-hailed and traditional taxi passengers from being picked up at curbside puts LAX in line with San Francisco’s airport, which adopted the practice earlier this summer, and Boston’s airport, which will soon institute a ban of its own.

And while this may add more time between exiting the aircraft and getting to your home or destination, it won’t impact anyone rushing to catch a departing plane. Curbside drop-offs will continue to be permitted. It’s also still fine to pick up a friend or family member in your personal car. You’ll just meet them at the median, rather than in the curb lane.

RELATED: California’s ‘Gig Worker Law’ Has Passed, but Uber Says It Shouldn’t Have to Comply