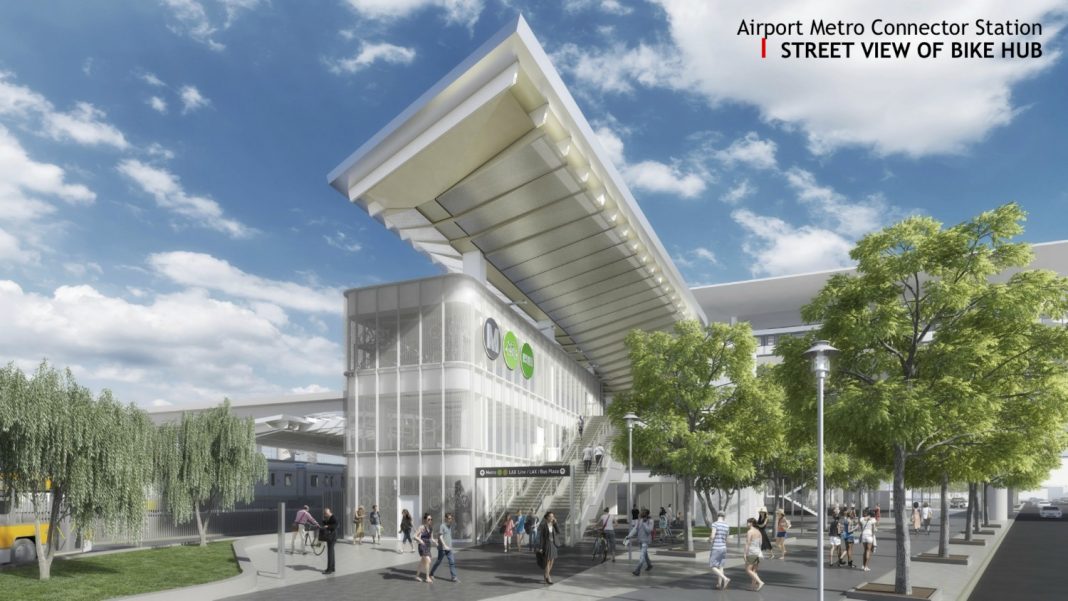 If the rumors (i.e. official projections) are true, we’re about a year out from the opening of the Crenshaw Line to the Aviation/Century station, where a free bus will connect riders to the airport. The train’s eventual final stop, the Airport Metro Connector Station—which will link the train directly to the airport via people mover—has a longer time-to-completion. A handful of newly fleshed-out renderings, though, give us a detailed glimpse into the future station. 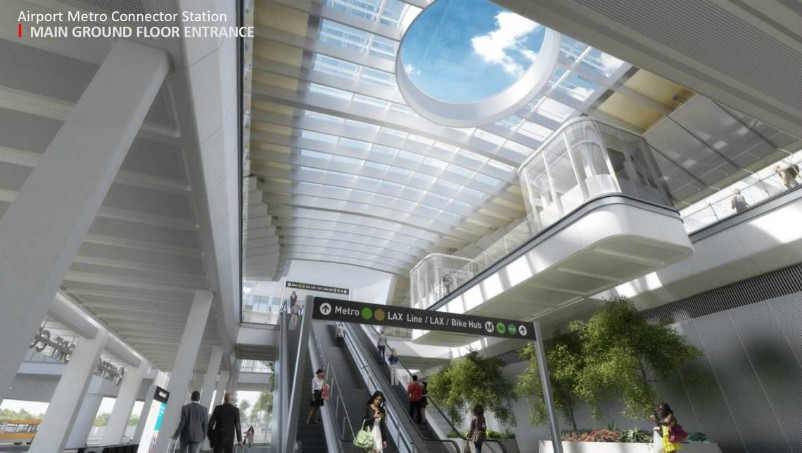 Metro’s Construction committee will review these updated renderings on Thursday, Urbanize LA reports, bringing us one step closer to, like, being an actual city with an actual train to the airport. Though the Crenshaw Line itself is slated to begin operation in fall 2019, the airport station will likely open around the same time as the people mover in 2023-ish, fulfilling all our totally reasonable fantasies about taking public transit to catch a flight.

Oh, and fun fact: A solid chunk of funding for this station ($150 million) is coming from that gas tax we approved last year. So if you’re into stuff like, I don’t know, not having to take an $80 Lyft to the airport, maybe consider voting no on the Prop 6 gas tax repeal so we can get this thing completed on schedule. Just a thought.

RELATED: The Crenshaw Line Is Closer to Opening. The LAX People Mover? Not So Much