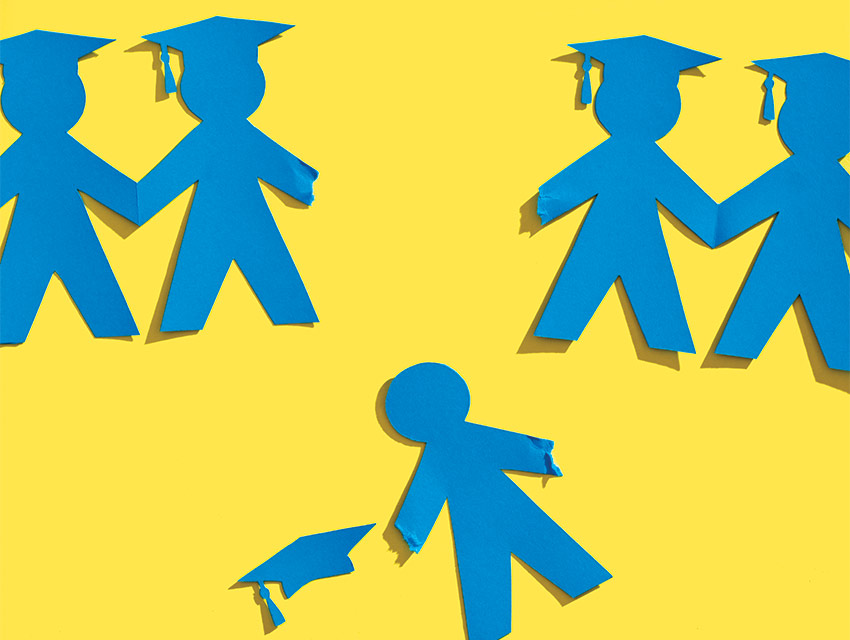 Waving a magic wand may not be the best way to transform a broken public education system, but you can’t blame the LAUSD for trying. A decade ago the district boldly announced a game-changing policy: Beginning in 2016, each graduating high school student would have the opportunity to pursue a college preparatory education based on the California public university admissions criteria. All seniors would have to complete a rigorous curriculum of so-called A-G courses, including advanced levels of math, English, history, foreign language, and science. With few exceptions, even kids who had no interest in pursuing a college degree would have to pass—or no high school diploma.

To move a chronically dysfunctional school system toward a state of university readiness would have required the educational equivalent of the Marshall Plan. Instead the district’s new code had the heft of an empty stump speech. “It was policy by bullhorn,” says former school board member David Tokofsky, who reluctantly voted for the measure. “There was no rational debate, no planning, and nobody in charge once it passed.”

After such a collectively dismal performance, the logical next step for the district would have been to either rescind the A-G program or make it a top priority. But then-superintendent John Deasy decided to grab a bigger bullhorn, and the board answered his call for more rigor: Students were now expected to earn at least a C in every A-G course or they would not be allowed to graduate. The district gave itself an extra year to make that happen; the parting of the sea would begin with the class of 2017.

Early this summer the board faced some unpleasant facts. Under stricter A-G standards, 63 percent of that class—some 31,000 students—were highly unlikely to graduate. To remedy this, the board downgraded the C to a D. Current superintendent Ramón Cortines earmarked a $15 million “intervention program” to help struggling students. In June, however, Cortines announced his resignation in six months’ time, making it clear he wasn’t going to stick around to lead the charge.

When school starts on August 17, returning sophomores may regard these diminished expectations with as much disappointment as relief. For many the diploma will stand as a certificate of the district’s unfulfilled pledge to give them equal opportunities for college and a career—if they get a diploma at all.

With LAUSD Schools Closed, the Superintendent’s Dealmaking Ability Is Being Put to the Test

LAUSD Schools Will Remain Closed Through at Least May 1