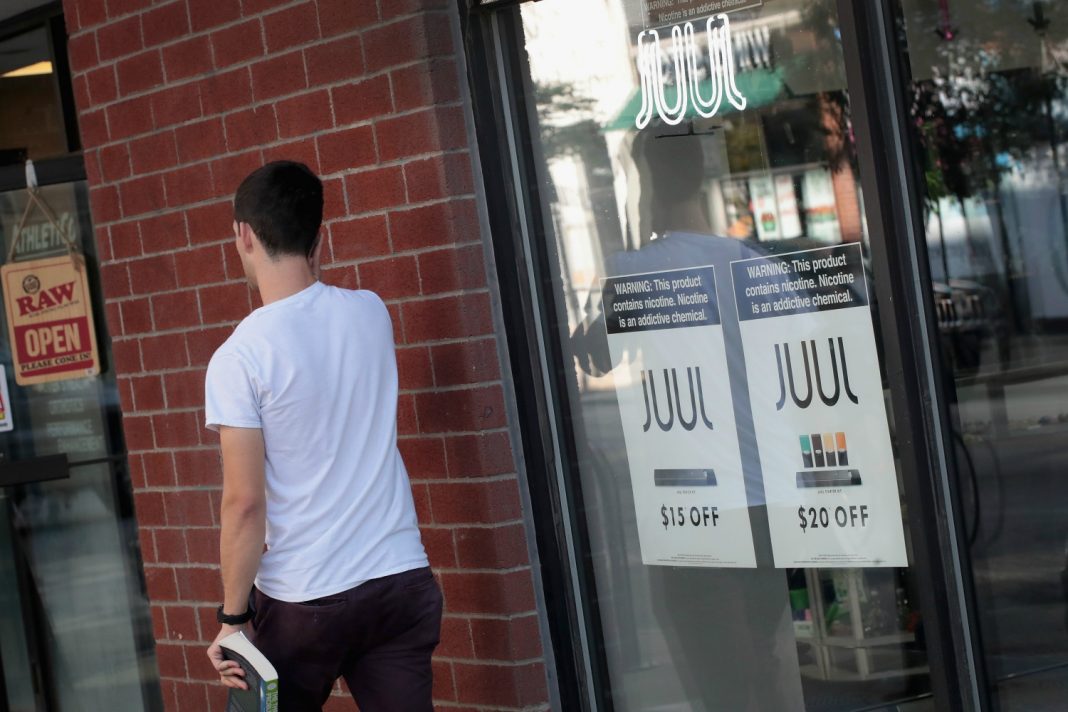 LAUSD has filed a class action lawsuit against the e-cigarette manufacturer Juul Labs, claiming the company has put the health and safety of of its more than 600,000 students at risk. The complaint, which was filed on Tuesday morning, accuses Juul of starting a “vaping epidemic” that has impeded student learning and cost the district money, as educators scramble to enforce vaping restrictions and keep e-cigarette paraphernalia out of schools.

The suit claims that aside from diverting funds away from learning and towards initiatives to quell e-cigarette use, such as educational campaigns and an “internal task force on vaping,” the district is losing state money because of a rise in vaping-related absences and sick days. It also claims that school property has been affected, specifically citing school bathrooms—which teens refer to as “Juul rooms”—that have become unusable due to the high instance of vaping.

“Taxpayers should not have to pay the cost of fighting the problems that vaping is causing at our schools,” LAUSD Superintendent Austin Beutner said in a statement. “By marketing and selling these products to young people, JUUL has sought to make money at the expense of public education and the communities we serve.”

LAUSD is the latest—and largest—school system to file suit against the e-cigarette behemoth, following in the footsteps of districts in Olathe, Kansas; St. Charles, Missouri; Long Island, New York; and La Conner, Washington. Juul’s nicotine pods, which come in flavors like watermelon, grape, and strawberry milk, have become enormously popular among teenagers and young adults in recent years, at a time when the use of regular tobacco has dipped significantly.

In August of this year the Los Angeles County Department of Public Health said that more than 30 percent of Los Angeles high school students reported using e-cigarette products, with 10 percent of these identifying as regular users—a 6.4 percent spike since the previous year.

The school district’s suit comes amid a spate of vaping-related illnesses nationwide—as of October 22, 1,604 cases of vaping-associated lung injury (EVALI) had been reported to the CDC, with 34 deaths related to vaping confirmed in 24 states. While Juul is not the only purveyor of vaping products in the U.S., it controls about 70 percent of the market, and has been accused by researchers and federal officials of specifically targeting young people in its advertising—a claim the company has staunchly denied.

A recent study of Los Angeles high school students found that young people who vape sweet-flavored pods are more likely to maintain their nicotine habit in the long term, and tend to take more puffs each time they use the device. “Once they’ve started, if they use a sweetly flavored product, they’re more likely to stick with it,” study leader Adam Leventhal, director of the USC Health, Emotion, and Addiction Laboratory, told the Los Angeles Times.

Earlier this month, the Los Angeles County Board of Supervisors voted to ban the sale of flavored tobacco products in the County, citing concerns about their use among young people. The Los Angeles City Council is currently considering banning the sale of all e-cigarettes and vaping devices citywide.

Thousands of LAUSD Employees Remain Unvaccinated as Deadlines Close In