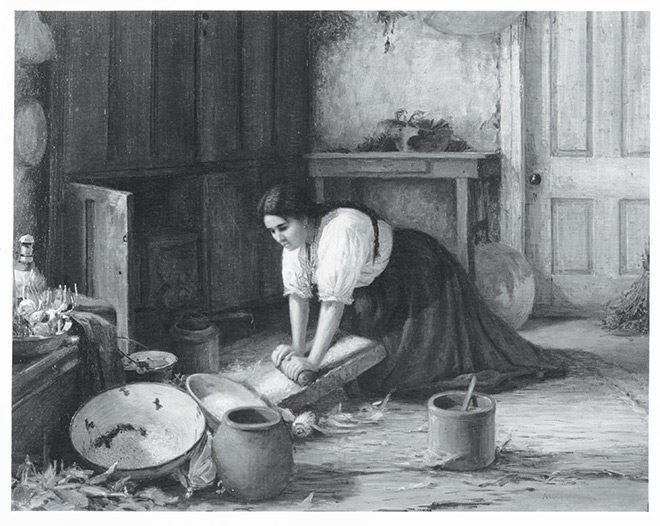 The young tortillera painted on the outside of so many Mexican and Central American restaurants in L.A. is like the Mona Lisa of masa, her dark, braided hair cascading down a traditional peasant blouse. She is typically on her knees as she leans over a metate (grinding stone) or cooks tortillas on a comal (griddle). A common subject in many costumbrismos—artistic depictions of everyday life—the tortillera has a back story that’s more Bettie Page than Betty Crocker. “Pre-Hispanic Mexicans [from the 15th century] carved images of women with large hips and breasts grinding corn on the metate,” says Jeffrey M. Pilcher, author of Planet Taco: A Global History of Mexican Food. As more Latinos immigrated to the United States, this image of sexuality and fertility became a stereotype. “Female street vendors were called ‘chile queens’ and seen as sexually dangerous,” says Pilcher, “just as their chile could burn your mouth.” An 1885 painting of a stoic tortillera can be found in the collection of the Natural History Museum of Los Angeles County, but the renderings around town prove that the caricature has been reclaimed as popular DIY advertising.