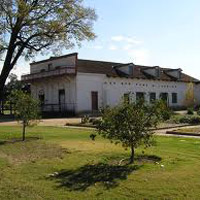 Local park lovers (isn’t that everyone?) have reason to cheer: As of Thursday, the Department of Parks and Recreation had struck agreements with non-profits, private donors, and for-profit foundations that will keep the four L.A. County parks that were scheduled to close on July 1 due to budget cuts open to the public. Sixty-one state parks outside of Los Angeles have also been saved for now, although officials are scrambling to find funding for five more.

According to Craig Sap, superintendent of the Angeles district, which oversees three of the four local parks that were threatened, community-led organization and teamwork between district and state officials and local organizations made securing one-year donor agreements possible.

“It’s hard to say what will happen after twelve months, but it allows us an opportunity to raise additional funding,” he says. “We still have issues with our state budget and a structural deficit—legislators and the governor are doing what they can to bridge that gap.” In the meanwhile, Sap and his team are “back to the business of running our parks.”