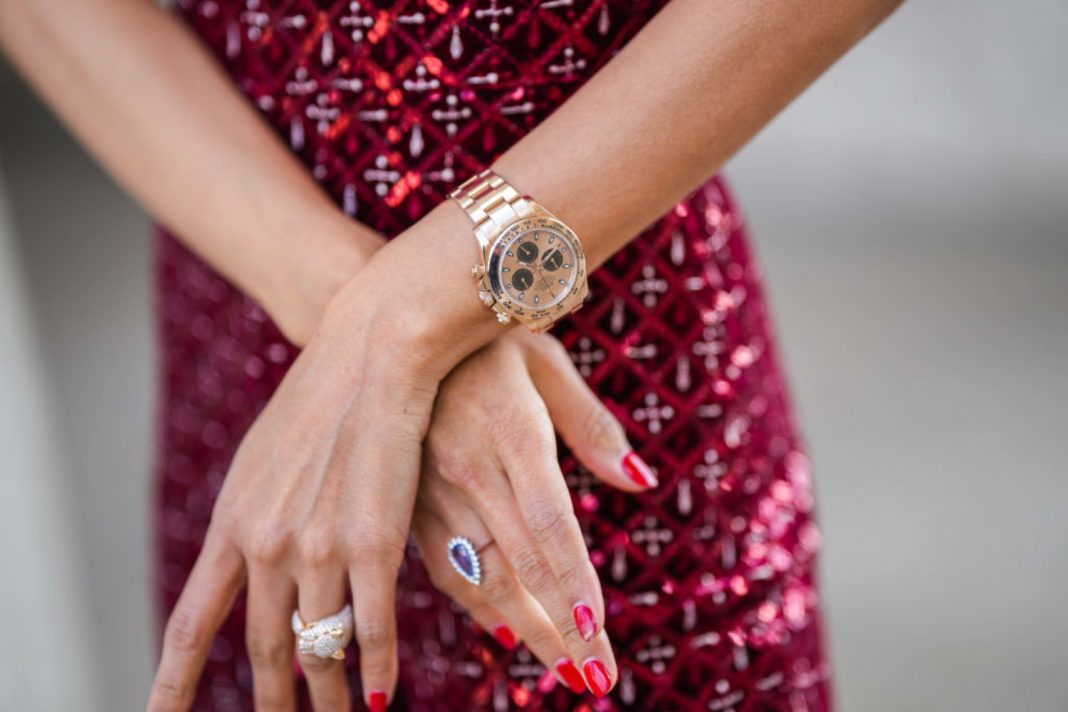 With city crime rates surging just in time for our post-pandemic spring, the Los Angeles Police Department is recommending that people conceal or leave at home their fine jewelry and other shiny baubles if they want to lessen their chances of being attacked on the streets this season.

As KTLA reports, the advice comes in a statement following a meeting of the Board of Police Commission Tuesday, during which LAPD Chief Michel addressed citywide robbery statistics and crime prevention techniques.

Also on Tuesday, smash-and-grab thieves destroyed the front of a Beverly Hills jewelry store in broad daylight and got away with more than $1 million worth of inventory. On Wednesday, four people were held at gunpoint during a home invasion in Hollywood Hills West. Neighbors said that the house was being rented by a jeweler who specializes in upscale watches.

“Over the last year there has been a marked increase of armed robberies involving victims wearing expensive jewelry while in public. If it is visible, it can be a target,” Moore said in the statement.

He further advised, “Traveling in groups and remaining in well-lit areas can help deter opportunists from attempting a street robbery.”

With that in mind, the LAPD further recommends:

The LAPD offered a similar warning in November, KTLA notes, when the Robbery-Homicide Division formed a Follow-Home Task Force to investigate crimes where people are targeted and followed home by criminals in areas like Melrose Avenue, the jewelry district, and high-end restaurants and nightclubs in Hollywood and Wilshire.

“The victims were being targeted based on the high-end jewelry they were wearing or the high-end car they were driving,” police said in a statement at the time.

For those who elect not to ease up on the flash, Moore say the department “is closely tracking the increase in armed robberies, including various suspect and vehicles descriptions of those responsible as well as assigned additional detective and plainclothes personnel to a task force investigating follow home/follow off robberies.”

Moore added, “Numerous arrests have been made and Federal and State prosecutions are being pursued.”