Home Uncategorized Lakers on the Move 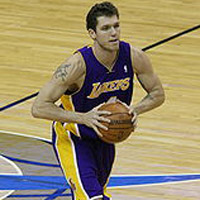 No, the players and owners have not reached an agreement that would end the now 52-day NBA lockout, but a few of the Lakers are still getting back to the game.

Forward Luke Walton has been hired as a temporary assistant to Memphis coach (and Walton’s former University of Arizona teammate) Josh Pastner.

The Herald Sun reports forward-center Pau Gasol is headed to Australia, where he will play on an all-star team along with Chris Paul, Derrick Rose, and Kevin Durant.

Despite the lockout, the NBA has released a 2011-12 preseason schedule.