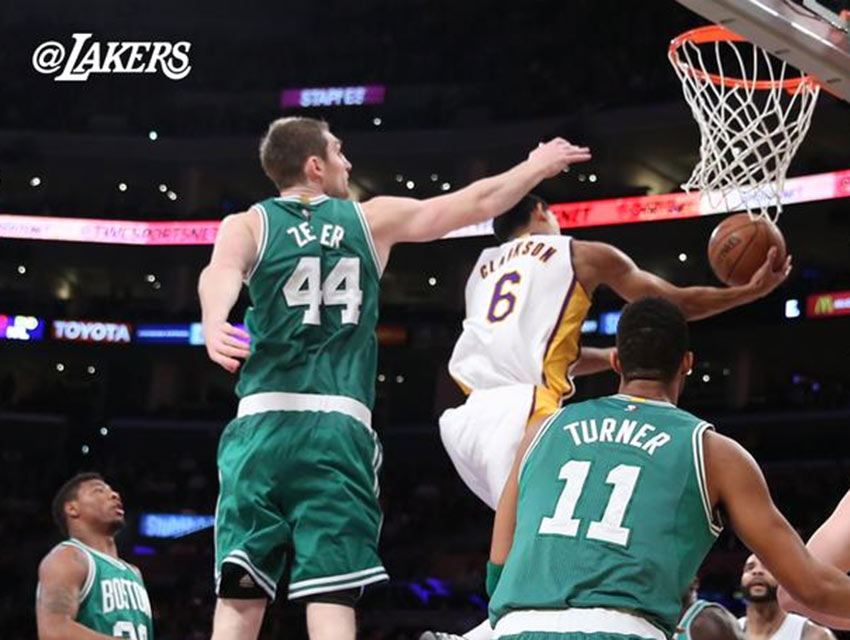 Some things in life are important. For me, hating the Boston Celtics is one of them. Even though the Lakers and Celtics have losing records this season, the passion between the storied franchises’ fans was evident last night at Staples Center thanks to the sort of heckling that would have made The Muppets’ Statler and Waldorf proud. An array of “Boston sucks” chants could be heard throughout the game, while Celtics fans seemed to take joy in annoying everyone around them. To be fair, you’d probably be annoying too if you were from a city currently covered in 1,000 feet of snow while your rivals are enjoying 59-degree weather.

In the end, the Lakers defeated the Celtics 118-111 in overtime, confirming the Lakers are the greatest NBA team ever (any Celtics championships that came before players could dribble with both hands doesn’t count). It felt good, and not only because our current lineup is so weak. Here, three more points:

It quieted Boston fans
Some guy in the nosebleeds was leading a one-man chant of “let’s go Celtics” throughout the entire first half. He also constantly deployed ex-professional wrestler Ric Flair’s patented “woo!” Ruining the game for Lakers fans wasn’t enough; he needed to bring down Nature Boy in the process, too.

It proved the fair weather Lakers fans wrong (at least this once)
Was something else happening last night in Los Angeles? Methinks there must have been a party because Staples Center had quite a few empty rows. Even Jack Nicholson was noticeably absent, which is nuts because this was the freakin’ Los Angeles Lakers and the Boston Celtics. The fact that both teams are the opposite of good this season might have had something to do it, but losing records are no excuse, Jack; Harrison Ford and Calista Flockhart were in attendance and even gave smooched for the Kiss Cam. And if Han Solo can show up to see two teams averaging below .500 on Hollywood’s biggest night, so could Paul from accounting.

It renewed team pride
Even if you’re one of those fans who wants the Lakers to lose every game this season to increase its chances of a high draft pick this offseason, you wanted the Lakers to beat the Celtics. Last night’s victory might count for just one win, but when your team is 13-41 entering the game against its biggest rival, that one win is like an NBA championship. That’s how it felt when purple and gold streamers fell from the rafters and Randy Newman’s “I Love L.A.” played after the final buzzer.