Home Outdoors Gardens and Green Spaces In Lake Elsinore, a Poppy Superbloom Is Ready for Its Close-Up 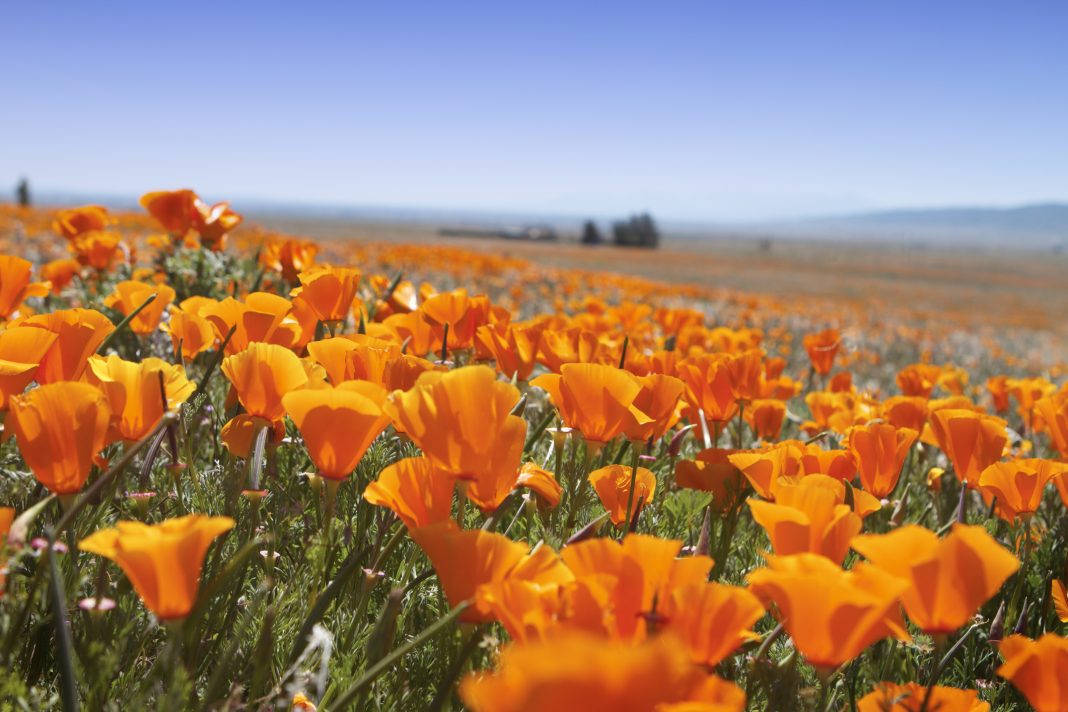 If there is any word that gets us more excited than supermoon, it’s superbloom. And, thanks to rainy winter, we are going to be hearing a lot about superblooms this spring. The first to burst out so far is the Lake Elsinore poppy explosion, just southeast of L.A.

“Those hills are just covered with millions of poppies,” Kim Cousins, president of the Lake Elsinore Chamber of Commerce, told the Los Angeles Times. “It’s on, as they say.”

The bright orange California poppies are concentrated in the hills around Walker Canyon, and are already brilliantly in bloom–and attracting visitors, causing traffic along the 15, so do plan ahead if you’re planning to make an excursion.

Once you arrive, keep in mind that it’s super important to stick to marked trails through the area and show the poppies some care and respect. The delicate flowers can’t survive a stampede of selfie-seekers tromping through the fields. We’ve already seen some Instagrammers posting images of themselves sitting or laying down amid the blooms; if you spot someone trying that nonsense, you have our permission to (politely) scold them.

The Antelope Valley Poppy Reserve, another popular flower-spotting site, reports their bloom is not yet at peak, likely appearing in later March to early April.