Home Lawsuits Everything You Need to Know About the FBI Investigation of the L.A.... 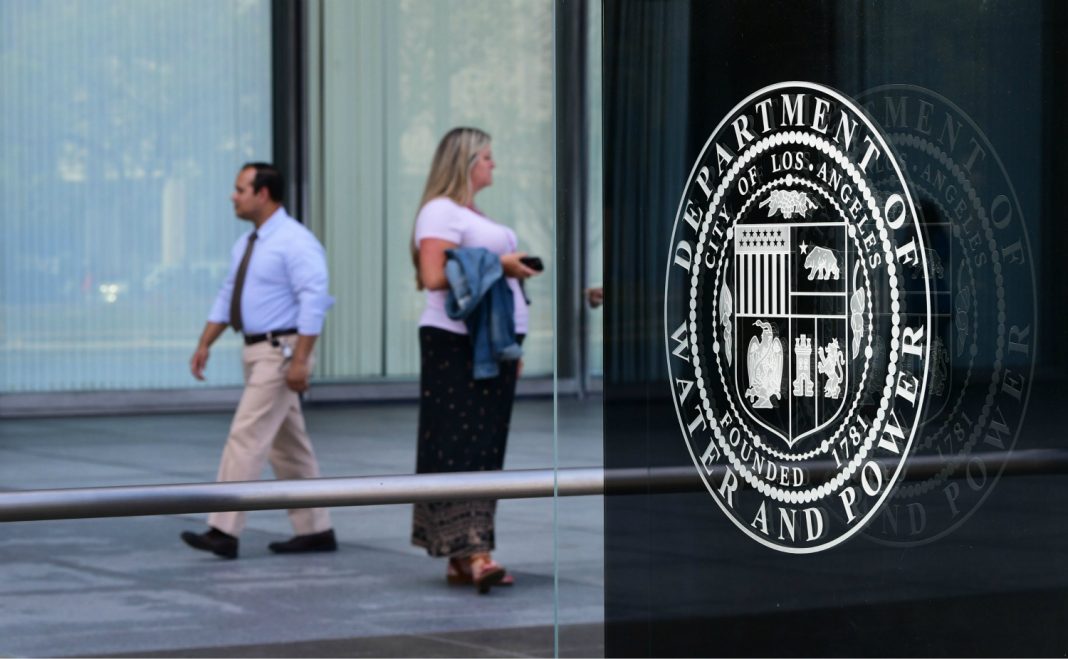 There was a flurry of FBI activity in downtown Los Angeles on Monday, as agents served search warrants at both the downtown headquarters of the Department of Water and Power and City Hall East. While officials were initially tight-lipped about the purpose of the searches, reporting in the days since has linked the investigation to a long-standing scandal that’s been unfolding at the DWP since 2013. Considering the fact that the city is undergoing a completely separate FBI corruption investigation involving foreign development money, you might be having trouble keeping up with all the details. Here’s a breakdown of how this DWP scandal came to be, what the FBI is looking for, and what it could mean for Angelenos.

It all started in 2013 when the LADWP switched billing systems, and Angelenos paid the price.

Following the launch of a new billing system overseen by the global consulting firm PricewaterhouseCoopers, hundreds of thousands of Angelenos received water bills that were wildly inflated, while others received delayed bills, inaccurate late notices, or no bills at all. This resulted in mass frustration, long wait times for service, and eventually a class-action lawsuit against the city.

The city settled the ratepayer lawsuit in 2017.

In the settlement, city promised resolved to fix the billing issues. It also agreed to pay about $67 million in refunds to DWP customers, and to cover damages (such as plumbers’ bills) that ratepayers might have accrued.

Meanwhile, the city filed its own lawsuit against PricewaterhouseCoopers, with the help of some outside lawyers.

Looking to get itself off the hook for an eventual settlement, the city filed its own lawsuit against PricewaterhouseCoopers in 2015, alleging fraudulent inducement and breach of contract. The City Attorney’s office, which brought the suit in Los Angeles Superior Court, retained two private lawyers named Paul Paradis and Paul Kiesel to work as special council on the case.

Earlier this year, evidence surfaced that suggested Paradis was double-dealing.

While preparing for the ongoing case, PricewaterhouseCoopers claims it uncovered evidence that Paradis had also represented Antwon Jones, the lead plaintiff in the 2013 class action lawsuit against they city. The company alleges that this was not just a conflict of interest—it was the result of Paradis colluding with the city to pick the lead plaintiff and attorney for the case, so that they could achieve a more favorable settlement for the DWP and avoid scrutiny of the billing system.

After the scandal broke, both outside lawyers were removed from the case.

The DWP board cancelled Paradis’s hefty $30-million no-bid consulting contract to “eliminate any potential conflict of interest.” Kiesel also stepped down from the case, but maintained that PricewaterhouseCoopers’ claims were “baseless.” If the two lawyers had continued on the case, they would have been promised nearly 20 percent of any settlement or damages awarded to the city by the firm.

According to a federal search warrant excerpt reviewed by the Los Angeles Times, the FBI agents who raided City Hall and the DWP on Monday morning were looking for DWP contracts with companies affiliated with Paradis. Agents were seeking evidence of crimes including bribery, kickbacks, extortion, mail fraud and money laundering. They searched the office of top DWP executive David Wright, as well as the offices of several Board of Commissioners members. They also searched Kiesel’s law offices in Beverly Hills.

In the wake of the searches, Mayor Garcetti pushed out the General Manager of DWP.

Last month, Garcetti announced that DWP General Manager David Wright would step down on October 1, 2019. On Tuesday, he announced that he had decided to dismiss Wright immediately, and to replace him with Chief Operating Officer Marty Adams, a 35-year veteran of the department. Consumer Watchdog president Jamie Court, who has long been critical of the utility, told the Times this was essentially “like promoting the Titanic’s engineer.”

Feuer may be in trouble, too.

City Attorney Mike Feuer has denied all involvement in the scheme, placing the blame solely on Paradis and Kiesel. However, Kiesel told the Times that his work was done at the “express direction” of Feuer’s office. If Feuer is found to be involved, it may pose challenges for his expected run for mayor in 2022.

On the upside, ratepayers might be getting more money.

On Thursday, a new set of attorneys made a legal filing that argues the DWP owes customers more than $50 million more than they were promised in the initial (potentially rigged) settlement. In the filing, attorney Brian Kabateck argued that ratepayers were “victimized by the city, which effectively filed a lawsuit against itself.” Kabateck also noted that he wants to dig deeper into documents surrounding the actual cause of the 2013 errors, which has yet to be revealed.

RELATED: Pile In: The José Huizar Corruption Scandal Is Going to Be a Bus Tour