Home Museums Artists and Activists Are Calling for a Billionaire Businessman’s Ouster from LACMA’s... 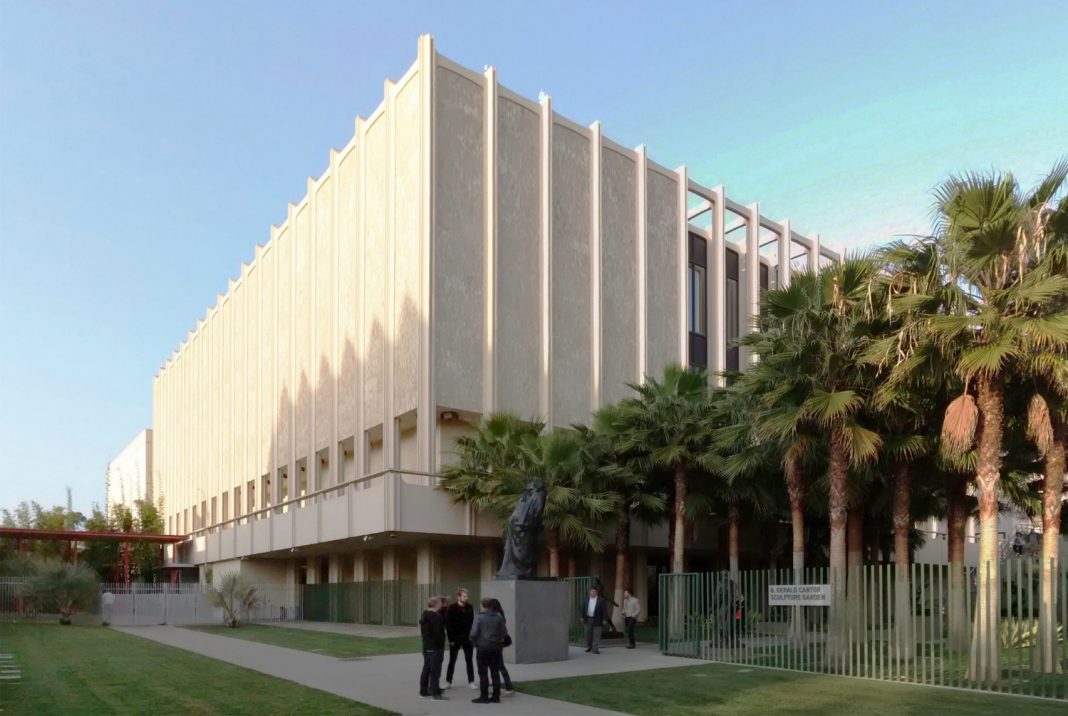 As cultural institutions from coast to coast reckon with racism and sexism, a coalition of artists and activists is taking aim at the plutocrats who help fund the country’s most important museums.

Last year, several museums either refused future funding from members of the Sackler family, owners of Purdue Pharmaceuticals, or had the family’s name removed from buildings after a fierce campaign by activists who accused them of perpetuating the opioid crisis. More recently, artist and activist efforts encouraged Warren Kanders to step down from his role as vice chairman of the Whitney Museum of American Art  after it was reported that his Florida-based company, Safariland, supplied tear gas grenades used against the migrant caravan at the United States-Mexico border during the 2018 election cycle. In New York, a similar coalition has been furiously demanding the removal of BlackRock CEO Larry Fink from the board of the Museum of Modern Art’s board.

It was probably inevitable that the fight would come to Los Angeles, where activists and art groups have more recently mobilized against private equity billionaire Tom Gores, who has spent 14 years as a trustee at the Los Angeles County Museum of Art.

On September 9, prison reform advocacy group Worth Rises and racial justice organization Color of Change sent a letter to LACMA director Michael Govan and the museum’s board co-chairs demanding that Gores be removed from his seat on the museum’s board. The 56-year-old Beverly Hills billionaire, who also owns the Detroit Pistons, is chairman and CEO of the L.A.-based mergers, acquisitions, and operations firm Platinum Equity, which in 2017 acquired Securus Technologies, a top dog in the $1.2 billion prison telecom industry.

The letter slammed Gores for his alleged “active participation in the prison industry and deliberate exploitation of Black, Brown, and economically distressed communities” claiming that Securus charged incarcerated individuals as much as $25 for 15-minute phone calls; that it pays hefty commissions to correction administrators and sheriffs; and pointing out that the company recently settled a suit for recording as many as 14,000 phone calls between inmates and their attorneys, which only came to light when news outlet the Intercept obtained hacked recordings in 2015. Securus did not admit to wrongdoing in the case, blaming a software glitch.

“Put simply, Tom Gores is a prison profiteer and has no place on the board of a prestigious public museum like the LACMA. Furthermore, the donations and social capital the museum gets from Tom Gores are tainted. Any perceived benefits can be traced in part to the exploitation of incarcerated people and their loved ones, who are disproportionately Black and Brown and impacted by racist policing practices,” the letter concludes, imploring the museum to stand behind the pledge it made in June to reject racism and demand justice.

In a response to the September 9 letter, Securus strongly refuted nearly all of the activists’ claims and emphasized that “Mr. Gores is the founder and CEO of Platinum Equity, and he has an investment interest in the firm’s funds including Platinum Equity Capital Partners IV. But he does not ‘own Securus Technologies.’” It adds that “Securus plays no role in the policing practices, sentencing guidelines or community determinations of criminal activity.”

Gores’s backers have also noted that the billionaire has donated heavily to revitalization efforts in his hometown of Detroit, and funded a campaign to end the water crisis in nearby Flint Michigan. They also disputed Worth Rise’s allegations about the costs of calls. Securus also notes, “Since the beginning of this year we have rewritten 58 contracts to eliminate rate structures where calls would cost more than $15 for 15 minutes.”

Artists and activists were unmoved by Securus’ response, or those improved rates and rewritten contracts. On Wednesday morning, a follow-up letter was sent to LACMA that was signed by more than 100 notable artists, curators, collectors, and influencers, including philanthropists Catherine Gund, and L.A.-based artists Andrea Fraser, Paul Mpagi Sepuya, and John Houck, accusing the museum of failing to uphold the standards of social responsibility it adopted in the wake of the George Floyd protests.

Asked about the Worth Rises letter sent last week, a LACMA spokesperson said, “The [September 9] letter has been received by the board and they are working to come together to discuss it.” Gores himself did not reply to repeated requests through Platinum to comment on this story. He also declined to comment to the Los Angeles Times.

For the past two years, Worth Rises has been working overtime to bring prison telecom and the work of Securus out from the shadows. The organization advocated for the passage of legislation by the New York City Council in 2018 to make NYC the first jurisdiction in the country where calls from city jails are free, which they say saved families $10 million annually and resulted in an immediate 38 percent higher call volume. A year later they then won a second campaign for free calls in San Francisco jails. Then the group made the first of several filings with the Federal Communications Commission to block Securus from acquiring a competing jail phone service, ICSolutions.

“The blocking of the [ICSolutions] deal was when they started to take us a little more seriously,” says Bianca Tylek, a former Wall Street investment banker turned Harvard-educated lawyer who founded Worth Rises in 2017.

Last November, Tylek was encouraged after a call she had with Gores, in which she says he agreed to meet with families directly impacted by Securus’ practices. But according to Tylek, the in-person meeting never happened. In March, Tylek organized a flyering campaign at a Pistons game about Gores’s ties to Securus.

“That led to some animosity, but when you don’t respond, when you cut off communication, then all you leave people is the opportunity to go after you publicly and as an activist and organizer when I come after you publicly I come after your most vulnerable positions,” Tylek says. “He’s most vulnerable as the owner of the Detroit Pistons and his position on the board of the LACMA.”

Ultimately, Worth Rises wants to see Gores either sell Securus or lose his seat on the LACMA board of trustees. Asked if there’s anything short of selling Securus that Gores could do to appease her organization and keep his seat, Tylek replies, “No. If you profit off families in a situation like that, you should not be celebrated.”

While Gores didn’t comment for this story, his Platinum Equity partner Mark Barnhill responded through a rep, saying, “We’re doing the hard work of effecting real reform, we understand that execution matters more than rhetoric, and we trust the work to speak for itself.”

This post has been updated to correctly indicate that some, not all, members of the Sackler family have been the target of protests regarding opioids.

RELATED: As Demolition Transforms LACMA, a Look Back at Its Glory Days