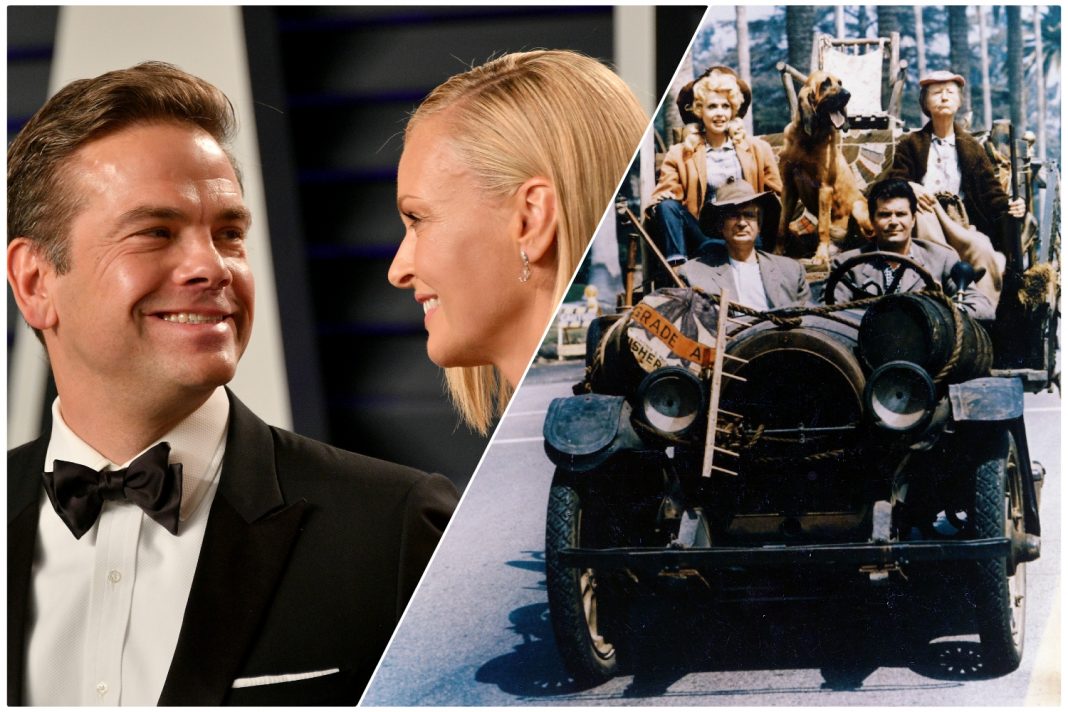 According to people close to the sale, News Corp. co-chairman Lachlan Murdoch just bought a bundle of A-list real estate in Bel-Air, including a French-style chateau famous for being featured on The Beverly Hillbillies and Ronald Reagan’s former home. The transaction cost the Fox News heir a whopping $150 million, making it the largest residential real estate transaction in California history and the second-most expensive in the country. The deal comes amid a flurry of action in the mega-luxury real estate market (not to mention historic, world-wide income inequality). The sale was announced yesterday before the buyer was known.

The largest parcel of the package, the ten-acre estate known as the Chartwell Estate, previously belonged to the late Univision chairman Jerry Perenchio. Built in 1933 by architect Sumner Spaulding, the French Neoclassical-style chateau appears in the opening credits of The Beverly Hillbillies, although it was not used in the actual filming.

The house was commissioned by engineer Lynn Atikinson, who had it built as a surprise for his socialite wife. Unfortunately for Atkinson, she found it “pretentious,” and the two never lived there.

While Atkinson never enjoyed the fruits of his purchase, he was stuck with an enormous tax bill—$165,000 originally, although he fought to have it lowered to $70,000 by 1943. According to the L.A. Times, Murdoch has a few more zeros attached to his own tax bill: $1.3 million, one of the highest in the city.

The 25,000-square-foot mansion comes outfitted with extravagant features like a 12,000-bottle wine vault, an underground, 40-car parking lot, and a ballroom. And in case any of the guests from the ball decide to stay the night, there are 18 bedrooms and 24 bathrooms.

The outside is no less splendid. The grounds boast exquisite water features and topiary, a tennis court, and 75-foot swimming pool. A guest house designed by architect Wallace Neff has five bedrooms alone.

The real estate deal also includes the former home of Ronald and Nancy Reagan, which sits behind the Chartwell Estate. Considerably more modest than its neighbor, the 7,200-square-foot property has three bedrooms, six bathrooms, and a swimming pool best described as “normal.”

RELATED: Zillion Dollar Listings: These Are the Priciest Homes Ever Sold in L.A.