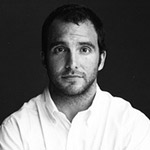 Entrepreneur and do-gooder Ben Goldhirsh is the co-founder and CEO of GOOD Worldwide, LLC and now-chairman of The Goldhirsh Foundation (originally started by his father Bernard in the year 2000). The 33-year-old is no stranger to tragedy; when he was a junior in prep school, his mother was diagnosed with stomach cancer. She passed away eight months later. Fifteen months after that, when Goldhirsh was a freshman at Brown University, his father called with the news that he had been diagnosed with brain cancer. Weeks after Ben graduated, his father passed away, leaving Goldhirsh’s inheritance in a trust that would be paid out over the next few decades. There was one loophole: Goldhirsh could access the money early, but only if he planned to make investments or start companies.

After losing his parents, Goldhirsh left the East Coast and enrolled in the producers program at USC’s film school but dropped out after one semester. It was then he decided to dedicate his time and his inheritance to a better cause. In 2006 Goldhirsh founded Reason Pictures, a production company he hoped to use as an instrument for social change from within the movie industry. He helped to produce a handful of both documentaries and feature-length dramas, two of which earned Oscar nominations. That same year, Goldhirsh founded GOOD Worldwide and launched a magazine of the same title, which went on to become a four-time National Magazine Award finalist. Regardless of its success, Goldhirsh shut the zine down in 2012 in order to refocus the company around its new website, GOOD.is, which he runs as a service-driven social network. At last count, the site has over 252,000 members.

“Doing good should get you laid. That was our original thesis. We wanted to do for engaged living what Wired did for technology. When we were kids, tech was nerdy. Today technology is badass, sexy, powerful.”

L.A. Made GOOD Magazine’s List of the Top 50 “Cities of Possibility”