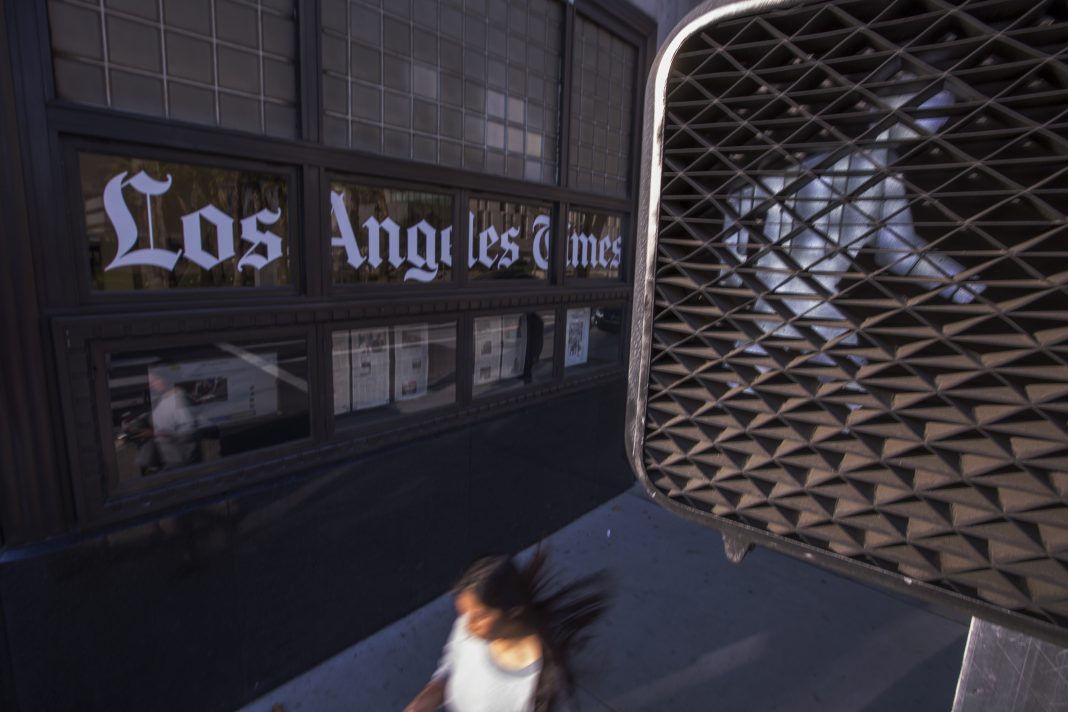 The Los Angeles Times and the Los Angeles Times Guild are feuding over a proposal that would give management control over any non-Times related projects undertaken by its journalists. Since June, members of the Times’ recently formed union have been engaged with management in negotiating the first collective bargaining agreement in the paper’s history. “But late in negotiations,” the Guild said in an open letter published Wednesday, “the company has proposed a draconian policy on books and other creative projects that, as a condition of employment, would go far beyond the work-for-hire standards of U.S. copyright law and the relicensing practices historically allowed by the Times.”

According to the letter, the proposed intellectual property policy would give the L.A. Times “unfettered control” over any idea stemming from journalists’ work, granting the company “power to claim control over whether it gets written, who owns the copyright and what we might get paid for it.” It continues, “The company also wants to claim the film rights to such books even if the company grants permission for the book to be written, on unpaid leave, for an outside publisher.”

The letter argues that no other comparable newspaper has such strict language—”not the New York Times, Washington Post, or the Wall Street Journal.”

The guild makes it clear: the consequences of this policy would ripple out beyond the world of journalism. The letter points to Michael Connelly, “who created the character of LAPD detective Harry Bosch while working as a crime reporter for the L.A. Times.” Another L.A. Times writer whose work has crossed into other media, Steve Lopez, wrote the New York Times bestseller The Soloist—a true account of a Juilliard-trained musician with Schizophrenia who lived on Skid Row—based on his reporting as a metro columnist.

These kinds of literary contributions would be disincentivized by the proposed policy. “If these books didn’t exist,” the letter says, “readers everywhere would be poorer for it.”

Member of the guild also sounded off on social media. Graphics and data journalist Kyle Kim tweeted, “The longer the @latimes‘ top brass continue to stand by and spin these awful policies (this is one of many), the more I wonder if they care or are even thinking about the long-term impacts they are sowing between themselves and the newsroom.”

The longer the @latimes' top brass continue to stand by and spin these awful policies (this is one of many), the more I wonder if they care or are even thinking about the long-term impacts they are sowing between themselves and the newsroom. https://t.co/1AkGkOy288

Responding to the open letter, Los Angeles Times executive editor Norman Pearlstine sent out an email of his own in an effort to assuage concerns among his staff. “Our view is straightforward and consistent with our past practice and with the position taken by most media companies whose business models are similar to ours,” Pearlstine begins.

And yet, in the second paragraph, Pearlstine appears to contradict the first, arguing that the strict policy is a necessary change for the L.A. Times to survive. He writes: “The company must have the ability to extend beyond its traditional publishing model in order to help offset losses from legacy businesses that have been, and continue to be, in a state of secular decline.”

After years of austerity and shrinking circulation, the L.A. Times has been going through a period of rapid growth fueled by its new billionaire owner, Patrick Soon-Shiong. As a part of its renewal efforts, the Times has gone on a bit of a hiring spree.

“We’re worried that such policies would not only drive away talented recruits who might be interested in working for the Times,” cautions the letter, “but it might also perversely incentivize Times journalists to quit in order to develop projects—” in effect, reversing the paper’s progress.

RELATED: Patrick Soon-Shiong on Giving and Getting By in Los Angeles