Home Media Why L.A. Taco May Be the Future of Alternative Journalism in L.A. 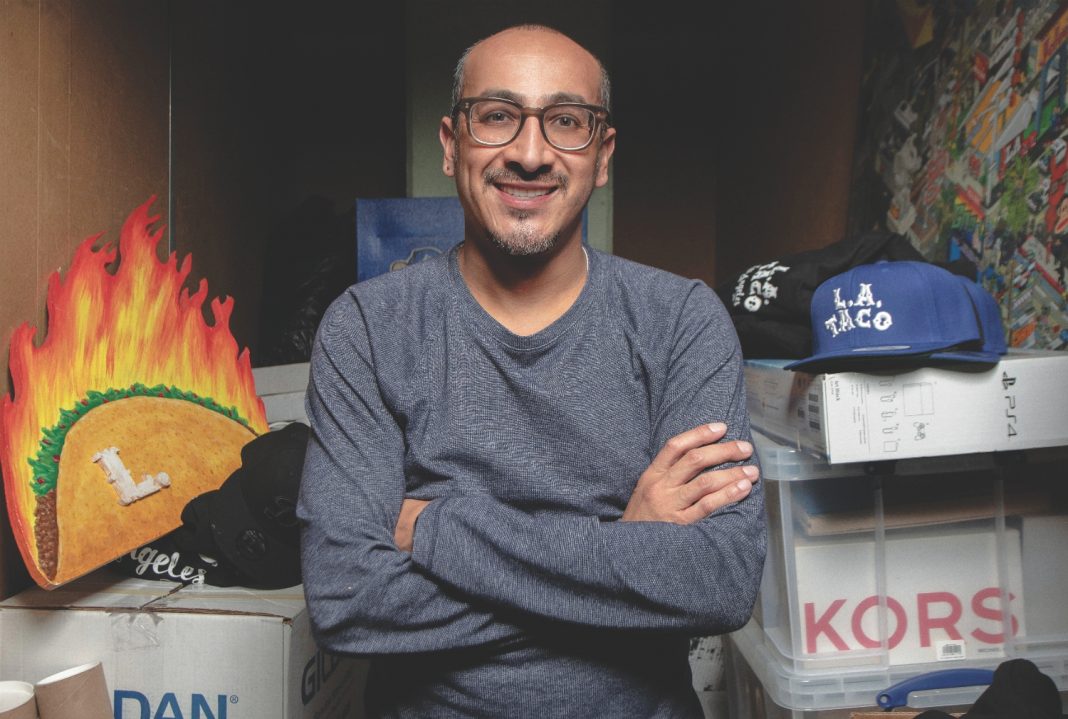 In Los Angeles, 2017 was a grim year for journalism. The website LAist was abruptly shuttered by its new owner, and the exodus of experienced writers and editors from the Los Angeles Times (as well as from this very magazine) continued. Then the hammer blow: One of the oldest alternative papers in the country, LA Weekly, was bought by investors who promptly fired most of its journalists (including me) and whittled the storied publication down to a pamphlet.

Meanwhile, an unlikely news source was emerging. L.A. Taco, a group blog covering food and street art, has been around since 2006. It’s owned and operated by L.A. native Alex Bloomingdale, who founded online education company enotes.com. But Bloomingdale (he appears on the site as Alex Blazedale) always dreamed of turning Taco into something more. Years ago at a party, he had met Daniel Hernandez, the tattooed, bespectacled former Weekly andTimes reporter, and told the young writer that someday he’d make him the editor of L.A. Taco. Hernandez just laughed.

But late in 2017, in the midst of L.A.’s newspocalypse, Bloomingdale saw his opening. Hernandez had just moved back to L.A. after eight years in Mexico City. Bloomingdale called his old friend on a Saturday. He asked if Hernandez could start Monday. Without hesitation, Hernandez replied: “Let’s do it.”

In a year, Hernandez has transformed Taco into a genuine news outlet. It may be rough around the edges, but it has verve—and young writers eager to share narratives from their neighborhoods that don’t always make it into the Times. “These people are raw and want to write great stories,” says Gustavo Arellano, who served as Taco’s editor-at-large. “It hearkens back to the great days of LA Weekly.”

The archetypal Taco news story is a small one, told from the ground up, often about the effects of gentrification and neighborhood change: a rent strike in Westlake, a restaurant closing in Monterey Park. When beloved food critic Jonathan Gold died, Arellano followed around one of the chefs invited to cook for the funeral’s lavish feast.

“The working man is our classical hero,” says Hernandez. “I think for American journalism the working man always has been. And the working man in L.A. happens to be predominantly an immigrant of color.” The site isn’t primarily about or for “Latinos,” a word Hernandez disdains: “It’s only used by non-Latinos to otherize us.” But, he says, local news in L.A. should be “tinted with this kind of brown gaze that is really lacking in the overall media atmosphere.”

This year has seen some green shoots in L.A.’s media scene. Both LAist and the Times have been adding staff (in fact, the latter recently hired Arellano as a features writer). The question for Taco is the same as for any independent media organization: Can it pay for itself. So far, Bloomingdale has been funding the site, which launched a membership program, offering merch and discounts in exchange for donations. The site hopes to attract investors and add more staff and maybe even a print product. Until then, Hernandez will be stuffing L.A. Taco ball caps into boxes himself.

RELATED: The Evolution of the L.A. Taco