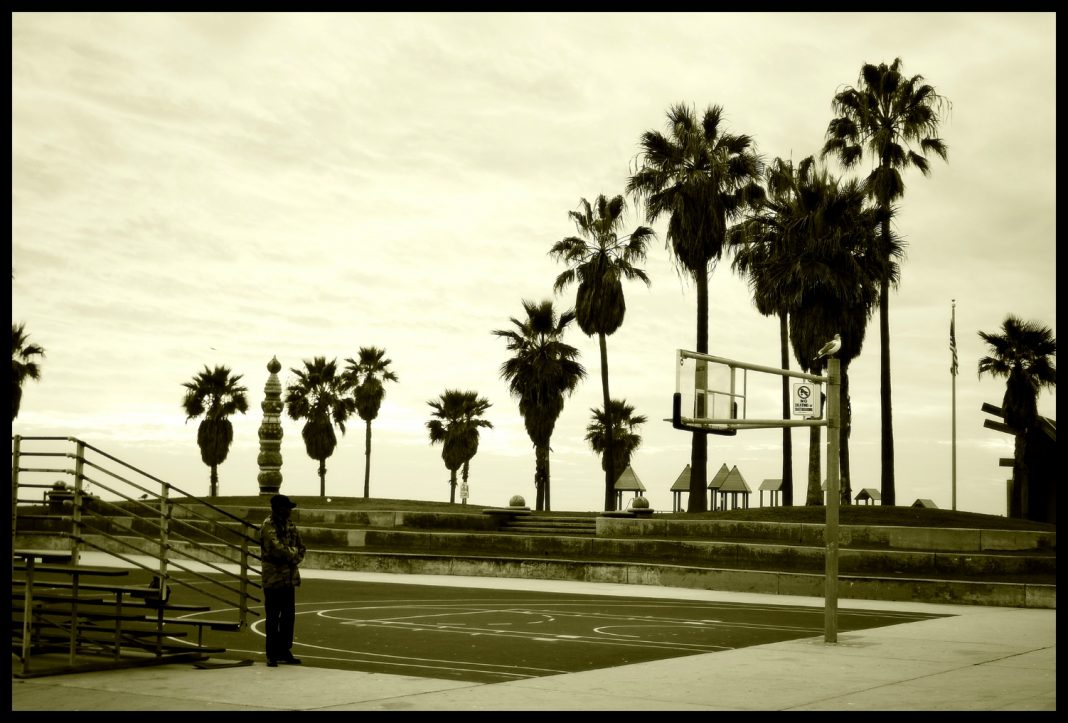 I used to roll my eyes when people would say that L.A. has no seasons. Of course we have them. Or, we did. The shifts in weather were never as extreme as they are in many other parts of the U.S., but they were ours. It would rain during the first couple months of the calendar year, sometimes relentlessly; when the storms broke, you could spy snow-capped mountains. Late spring and early summer would bring “June Gloom” (a phenomenon that’s persisted) and then the heat waves would hit hard around Labor Day Weekend, sometimes so brutal that even the nights were sweaty, and actual fall always seemed to come late. By Halloween, though, the wind grew brisk, whipping its way through the end of the year.

The seasons were on my mind when I read Steve Lopez’s August 11 column on climate change for the Los Angeles Times and a follow-up asking readers if they think California has grown “hotter.” Yeah, I guess it has. I notice a couple coats in the back of my closet. I rarely wear them anymore. There are scarves I love, crocheted by my grandmother, but how often do they appear around my neck anymore? The drawer full of tights and row of sweaters have fallen into disuse. Even in the months when they would be in regular wardrobe rotation, it’s rarely seemed cold enough for them. Last February, record-breaking temperatures broiled California. As UCLA climate scientist Daniel Swain told the L.A. Times, “At least in terms of warmth, we know this is the direction things are heading…hotter summers and more warm temperatures in the winter…”

It has felt like we’re slipping into a state of perennial summer, but this prolonged and intensified heat is far uglier than the surfboards-and-bikinis stereotype of Southern California. It’s oppressive warmth that intensifies every smell of the city to an almost nauseating degree. It’s pressure that builds in your sinuses whenever fires blaze within ash-dropping distance. It’s the humidity that your hair detects before you step outside.

August is always brutal and it’s easy to feel fatalistic when you can’t recall the last day that didn’t require air conditioning or industrial-strength fans. And I grew up in the San Fernando Valley, which is every bit the summertime hell people say it is. I used to go back to school before Labor Day in a Catholic school uniform. As much as I complain about the heat (and I will, incessantly, every single August), I’m also accustomed to it.

But, this isn’t just about high temperatures. It’s a change in the way we register the passing of time. The year is a blur of warm weather peppered with a cold spell here and there, and a few brief storms scattered across the calendar.

It’s starting to mess with my memory. I question images of my friends and I back in the ’90s, bundled up in beanies, scarves, and pea coats, thermals poking out from under our shirts and skirts. Was it ever that cold or were we just that grunge? When I tell people that there were plenty of years here when it rained a lot, I second guess myself: The rain was real, right?

I remember roughly when events occurred because of the weather. That concert was in winter because the streets were flooded and I stupidly wore heels and slipped on the sidewalk. This concert was in late summer because I remember the struggle to find a goth-y outfit that wouldn’t lead to heat exhaustion, and this other one was in late fall because I recall shivering outside while smoking a cigarette with a guy in the band, who was Canadian and seemed to think nothing of my definition of cold.

What would happen if the seasons all eventually fade into one long summer? How will it change us?

I imagine an L.A. that exists in the future, and becoming the equivalent of a local elder who recalls when shopping centers were once orange groves. “I remember when you could wear a coat here,” we’ll say to children who know nothing beyond T-shirts and shorts. “I remember when we had seasons, before all of this was summer.”