Home Animals Can We Ever Bring Native Fish Back to the L.A. River? 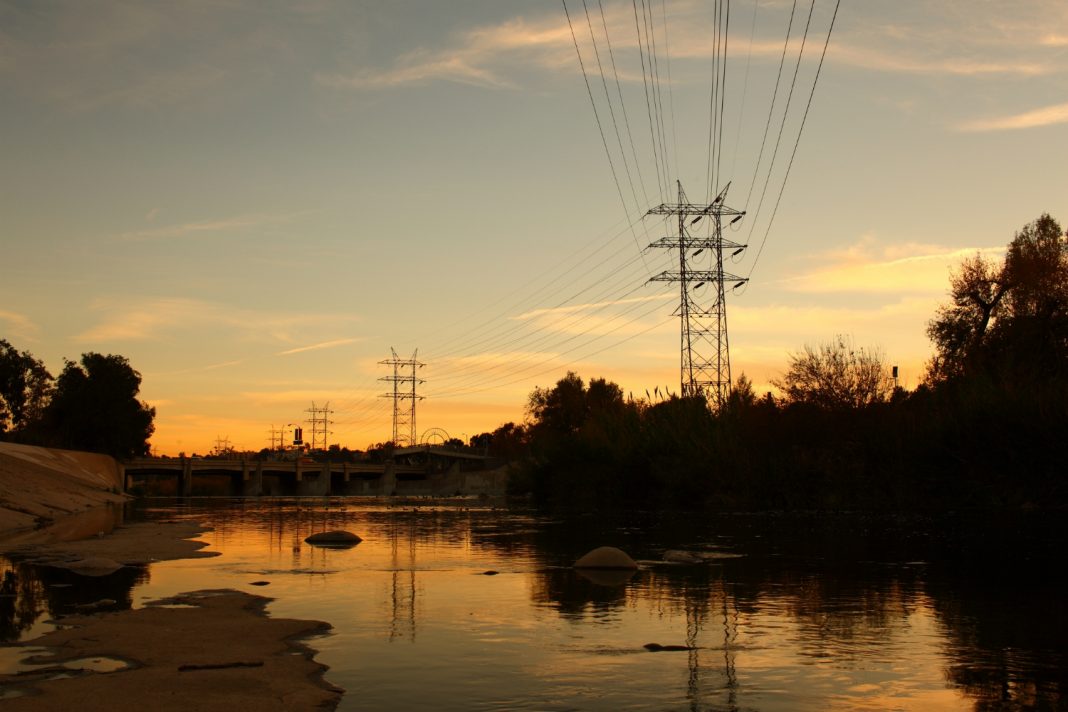 On a recent Wednesday afternoon, Wendy Katagi—watershed planner by day, inspirational songwriter by night—got up in front of a standing-room-only crowd at the Los Angeles River Center and Gardens and a sang a passionate ode to the steelhead trout.

A trout might seem like a strange source of musical inspiration, but the silvery, torpedo-shaped steelhead has long captured the hearts of those interested in the fate of the L.A. River. For thousands of years, the city’s namesake watershed was flush with these anadromous creatures, which migrate to the ocean to mature before returning to the coastal streams where they were born to spawn. Unfortunately, a massive midcentury channelization effort transformed the “flashy,” flood-prone main channel into the concrete-lined drainage ditch we know today, depleting the fishes’ habitat and blocking their path to the Pacific. No steelhead have been seen in the area since 1948.

Now, as the city prepares to remove parts of the river’s concrete “straight jacket” in a nearly $1.5 billion dollar revitalization effort, some environmentalists see an opportunity to bring back the steelhead, along with other native fish like the Arroyo chub and the Santa Ana sucker. But it’s not going to be easy, says Sabrina Drill, natural resources advisor for the UC Cooperative Extension. “It’s hard to do piece-by-piece restoration projects for things adapted to river and stream systems,” she says. “And it’s impossible for steelhead.”

Sea-faring fish like the steelhead need a continuous, rapidly flowing channel to complete their lifecycle, which means obstructions like dams would have to be removed from both the river and its tributaries. And even for non-migrating natives like the Chub, making the river feel like home again will take a lot more than just tearing up concrete—gravel, plants, sediment, and pools all need to be restored so that the fish have places to to feed and breed. “Ecological heterogeneity is really important,” says Drill. “Fish tend to need different kinds of habitat.”

Another concern? Rising temperatures. Since most of the river lacks trees and plants to keep things cool, the concrete soaks up the sun, creating conditions that are too hot for native fish. But to the non-natives that live there, it feels juuust right. “We have all these invasive fish from areas that are warmer throughout the year,” says Drill. “You’d probably have to take action to get rid of them.” Species like mosquitofish, which are often used for pest control, number in the hundreds, and can compete with—or even prey on—locals.

So will L.A.’s OG river dwellers ever be able to return? “There are a few, limited opportunities to bring native fish back,” says Drill. Even if the beloved steelhead can’t resume their run just yet, Drill says we might consider keeping some of the newbies around. Carp, for instance, are plentiful, and make for good fishing. This can be a great way to lure people to parts of the river formerly thought of as eyesores. “Part of [the river’s] role is to provide low-income, underserved communities with a place to access nature, see native birds, and increase public health by having a safe area to walk and fish,” says Drill. “I think there’s value there, too.”

RELATED: So, When Is it OK to Float Down the L.A. River?