Home Architecture Zillion Dollar Listings: These Are the Priciest Homes Ever Sold in L.A. 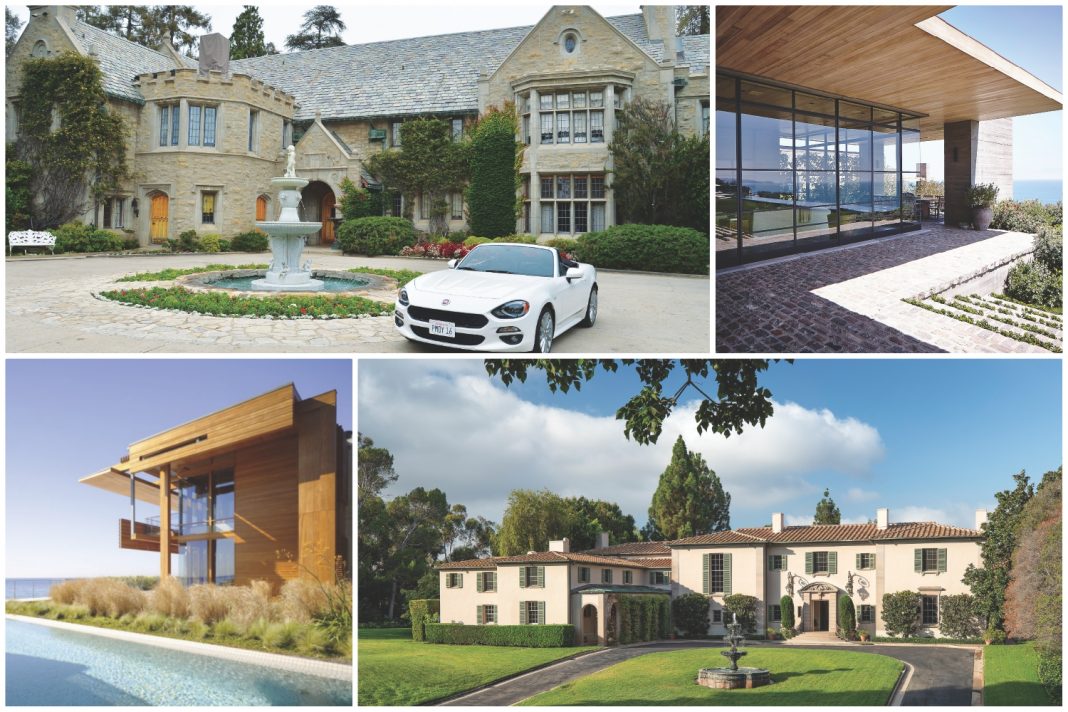 This January The Wall Street Journal announced that a New York City apartment had been sold for $238 million, marking the single most expensive home sale in America. The 24,000-square-foot apartment went for double the price claimed by the previous NYC record holder, a neighboring penthouse that fetched $100.5 million. In L.A., home to some of the nation’s richest zip codes, a handful of luxury residences are commanding equally lavish sums.

Fun fact: The artwork and furniture in the house cost Katz $21 million over the asking price.

Drawbacks: In 2011, 123 people contracted Legionnaires’ disease that health officials traced to a hot tub party in the grotto.

Neighbors: Larry Ellison. On both sides.

Stats: The main residence and guesthouse overlook a vast swath of Billionaire’s Beach.

Drawbacks: Larry Ellison. On both sides.

Amenities: Twelve bedrooms, 15 bathrooms, a 3,000-square-foot wine cellar, a 50-seat theater, and a ballroom that can host 500 people.

Drawback: A 500-person ballroom is surprisingly hard to fill.

Notorious on-site romance: Marilyn Monroe lived in the guesthouse during her brief fling with the studio chief.

Notorious on-site divorce: Estranged at the time, Sonny and Cher lived in separate wings for a year. CBS vowed to ax their show if either moved out.