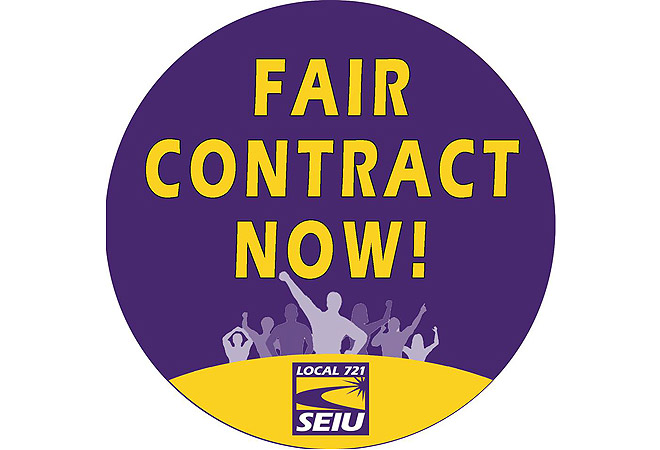 SEIU 721, an L.A. County labor union representing 55,000 municipal employees across Southern California, is gearing up to rally for higher wages and benefits protection just hours after its labor contract expires at midnight tonight. The group has not received a raise in five years.

According to the Los Angeles Times, the union is displeased with the deal county has tried to cut, one that offers members a 4% raise over the course of 30 months. “LA County has rejected almost every member proposal and is offering what amounts to a pay cut,” it says on the SEIU website. County Supervisor Zev Yaroslavsky disagrees. “They are postulating a scenario where they get nothing and we get everything. That’s not what negotiating is about,” he told the Times.

Beginning at 7 a.m. tomorrow, October 1st, union members will be picked up from their various worksites and bussed to California Plaza, the meeting point for a 9a.m. march to the Hall of Administration. There they will rally outside during the Board of Supervisors’ weekly meeting. The SEIU hopes to negotiate a contract that will raise the Living Wage for certain workers at private companies, bolster a green rideshare program, and reduce caseloads for social workers, among other things.

This article has been revised to reflect the following correction: L.A. County has offered SEIU 721 members a 4% raise over 30 months, not 6% as was originally reported in the Los Angeles Times.

Who Just Gave LACMA the Biggest Gift In Its History?