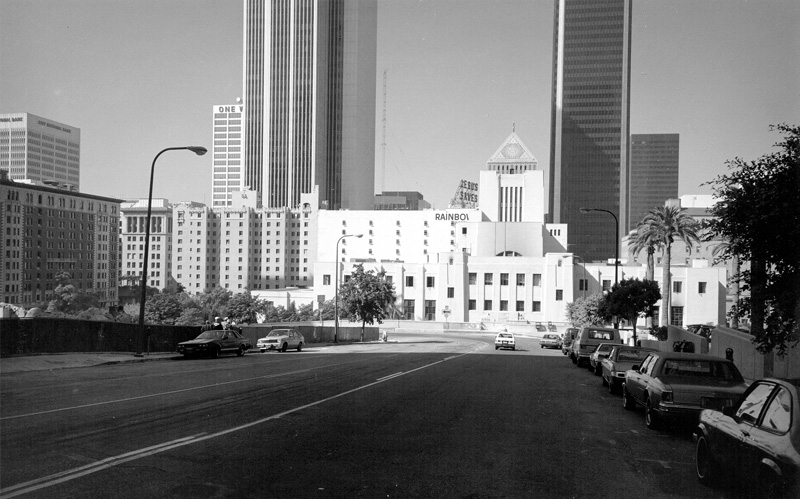 Founded in 1978 to save downtown’s Central Library building, the Los Angeles Conservancy has protected scores of architectural landmarks from the wrecking ball since then. For much of that time, Linda Dishman has been at the helm, helping the nonprofit grow into the largest preservation organization in the U.S., with nearly 6,000 member households and a staff of 17. Here are a few things the conservancy’s president and CEO has learned in 26 years of defending history.

Compromise is key. “When a building is proposed for demolition, we’ll reach out to the owners and work with them. A good example is the Century Plaza Hotel. We met with the developer over three months, and the hotel is now the centerpiece of a new two-tower complex going up on the site. It’s often possible to have significant new development and save historic resources. Less than 5 percent of our city is historic, but what we have is significant, and we need to protect that to tell the stories of our city.”

You can’t preserve if you don’t designate. “Over half of the cities in L.A. County don’t have any kind of preservation ordinance allowing residents to designate buildings as historic. We do a preservation report card that grades L.A.’s cities. It’s been a motivator for some to either get or update ordinances. Once buildings are designated, there’s some level of protection. In the city of L.A. it can delay demolition for up to one year. And there’s an incentive for preserving buildings: The Mills Act lowers property taxes on historic structures. But if you live in a city that doesn’t have the ordinance, you can’t use the act.”

Preservation may offer other financial incentives. “Some people believe if you designate historic districts, you will lower property values. We know that’s not true, but to get hard data, we’ve commissioned an economic benefit analysis of preservation that will be done by this fall. We’re looking at jobs created when you do construction on a 12-story building downtown or a Craftsman home in West Adams. Mansionization will be one of the topics focused on—and how historic buildings help keep film production in L.A.; we have a lot of neighborhoods that look like other places.”

It starts with education. “About 10,000 people a year take the conservancy’s downtown walking tours and special tours to spotlight preservation issues or generate support for certain neighborhoods or types of architecture. Another big push is our youth initiative. We work with a nonprofit after-school program in the MacArthur Park-Lafayette Park neighborhood, where we help kids understand, ‘What is this building? What’s its history? What is it now?’ Our goal is to foster a sense of what historic buildings mean to our community. When you bring kids into the circle, you often bring their families, too.”

Does DTLA Need Another Freeway Off-Ramp?

See Raiders of the Lost Ark in a Gothic Theater