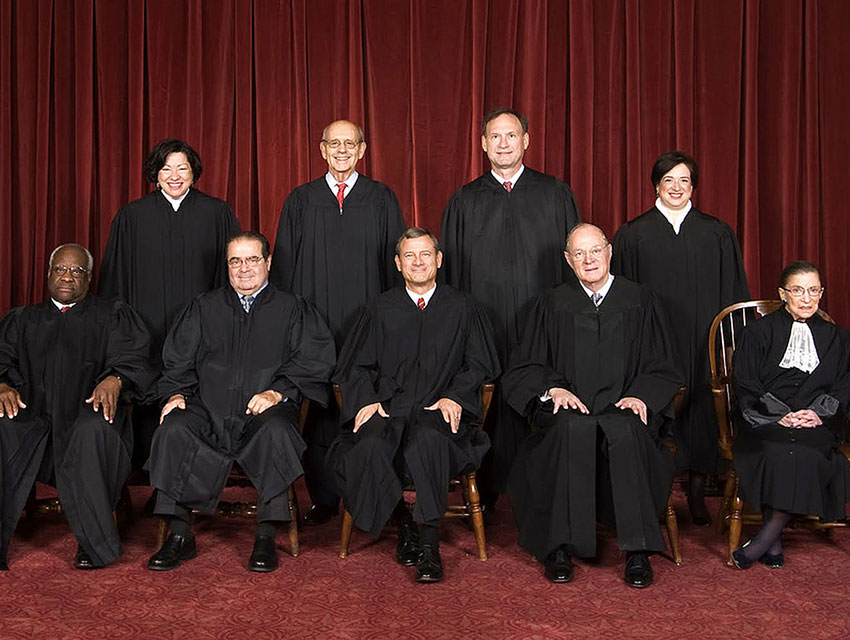 After turning down an opportunity to rule on same-sex marriage last fall, the highest court in the land on Friday announced its decision to tackle whether same-sex couples can be denied the right to marry under the federal constitution. Petitions challenging same-sex marriage bans in Ohio, Tennessee, Kentucky, and Michigan have all been accepted by the Supreme Court; the justices are expected to hear arguments as early as April and to hand down a ruling by the end of the 2015 session, likely in June.

Upon hearing today’s news, we called the Los Angeles LGBT Center, the largest of its kind in the world, to get the organization’s take. Here is what head of communications Jim Key told us:

Today was a big day for those who’ve been following the evolution of same-sex marriage. Were you surprised?
No, that wasn’t the emotion. It really was excitement that we are coming to the end of this long battle to win the freedom to marry. It’s something that we’ve been working for here at the center for 20 years now. So no, it’s jubilation that this is finally about to come to an end this year. We expect that this year’s pride festival in June is going to be perhaps the best one ever.

Excitement—is that also how you’d describe the reaction of the stakeholders you’ve spoken with today?
We’ve been anticipating it. We’ve known the Supreme Court was likely going to take it up and we thought it might have happened last year, then they punted. That tempered people’s excitement a little bit, but I think as we get closer to June you’ll see excitement really pick up.

The cases the Supreme Court has agreed to hear focus around same-sex marriage bans in other states. Will the center be involved in any way?
We’re not going to have much of a role when it comes to those other cases. It’s now in the hands of the attorneys representing the plaintiffs. We’ve done so much work to help change public opinion—that’s the role that we’ve been playing since the earliest days.

In the mid ‘90s I remember well-intentioned activists were really criticizing us and other organizations for even taking this on. They thought that instead we should be fighting for domestic partnerships, that marriage was too big a battle. Looking back, we made the right decision. Of course we don’t have the Supreme Court’s ruling yet but our expectations are that they are going to do the right thing.

People are likely wondering if same-sex couples married here could be threatened if the Supreme Court rules to uphold the bans.
No, most likely there won’t be a threat to anybody who is already married, and it won’t change what happens in California. But it would be a confusing legal mess. Until we actually see the ruling it’s hard to predict, but most people believe that marriages already performed would remain legal and that whether or not same-sex couples could get new marriages in states would be determined by how and why those states allow marriage now.

So how would you describe the impact the Supreme Court’s ruling could have for people in Los Angeles?
It’s an emotional impact. To know that our government recognizes the right of same sex couples to marry in every state—that would be huge for every LGBT person. Practically, it would also mean that married same-sex couples here that want to move to another state could do so knowing that their marriage would be recognized.