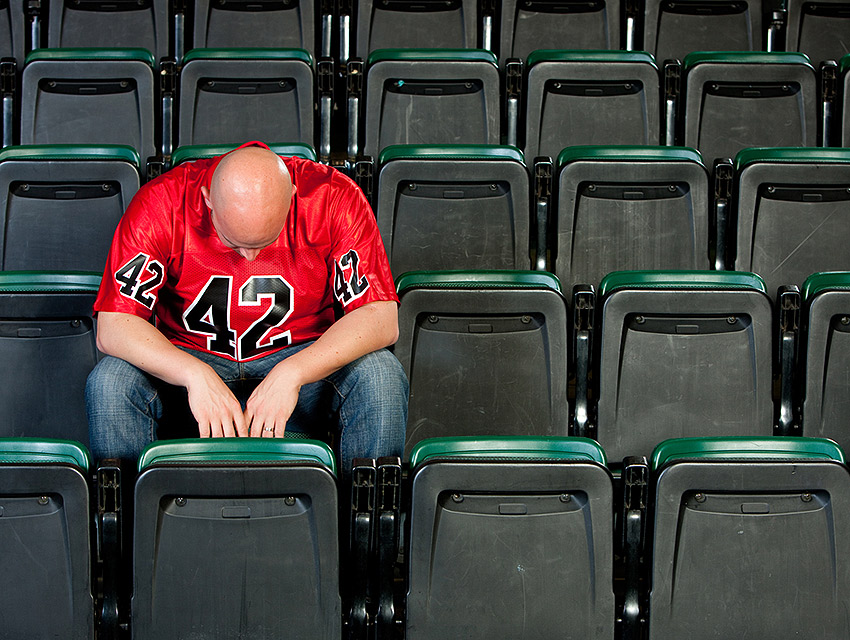 Despite rumors that the San Diego Chargers, the St. Louis Rams, or the Oakland Raiders might be making a new home here next season, NFL commissioner Roger “Ebenezer Scrooge” Goodell vehemently squashed them this week when he reportedly told all three teams they’d likely be staying put until at least 2016.

Alright, alright—technically it’s not Goodell’s fault (no hard feelings, Roge). In fact, if any of the aforementioned teams hope to make the move to L.A., they will first need to file a relocation application on January 1. (After Goodell’s announcement, the Chargers made it clear that they’d be staying in San Diego with the hopes of cultivating a “Super Bowl-quality stadium,” so hopeful L.A. Chargers fans can kiss those pipe dreams goodbye.) The Rams and the Raiders can still submit papers, but according to ESPN’s Adam Schefter, the applications would probably be rejected due to the fact that any team seeking relocation outside of their home territory requires a supermajority vote (three-quarters of all NFL teams) to pass.

Earlier this year, Rams owner Stan Kroenke purchased a 60-acre site in Inglewood that, according to heresay, could become a football stadium—but it looks like we’ll have to wait and see.

Remember the XFL? It’s Coming Back—but You Might Not Recognize It