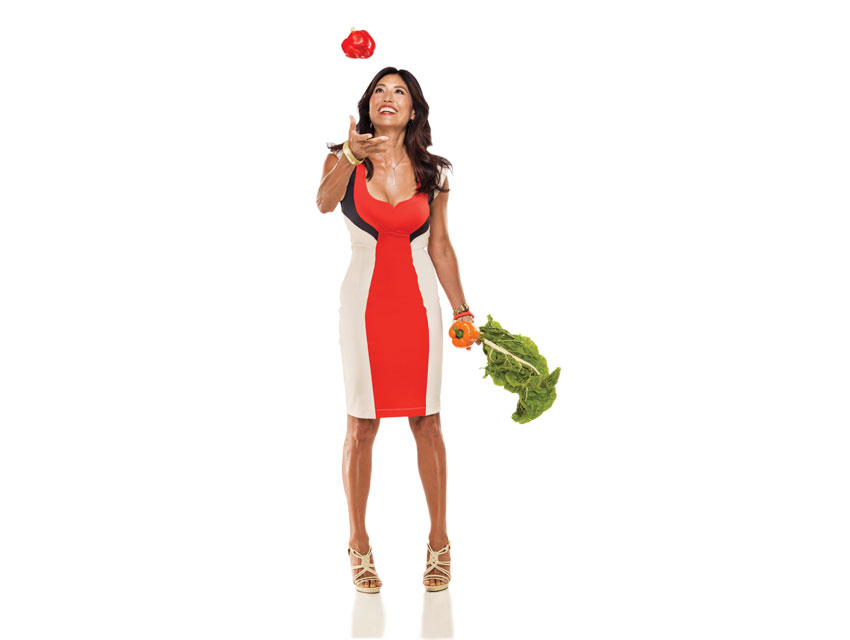 “My latest client is a master mechanic who quit smoking a couple of years ago. When I opened his fridge, it was all Miracle Whip and Kraft dressing—really processed food. After 15 days, he made the best smoothies, using hemp, superfoods, and berries.”

Born in Halifax, Nova Scotia, and raised in the Catskill Mountains, Phyo, 46, lived in San Francisco and Portland before moving to L.A. in 2006. As a certified raw food chef, Phyo has built a health-and-wellness enterprise that includes seven books and a YouTube channel. She also offers a series of classes that train people interested in becoming raw food teachers.

“My dad was a raw fooder. He had a terminal illness and did every type of medical treatment until he went raw. Lowering stress, eating a clean diet, and practicing meditation helped extend my dad’s life more than ten years longer than doctors expected.”

A raw food diet is typically vegan (lots of fruit, vegetables, nuts, and seeds), with ingredients prepared at a maximum temperature of 104 degrees. Proponents of this diet claim that nutrients are destroyed through traditional cooking, but there is no scientific proof to that theory.

“My inspiration comes from when I’m craving something. I miss baked goods the most. My favorite recipe is my ‘brownie.’ It’s so easy: walnuts and dates.”

The three essential items in a raw food kitchen are a food dehydrator, a processor, and a high-powered blender like a Vitamix. The pricey blender has become so popular, Sarah Silverman recently spoofed the machine’s $650 price tag in a Saturday Night Live skit.

Diets consisting of uncooked food have been a trend in the United States since the 1800s, but Phyo says Juliano Brotman is the “grandfather of raw food.” In 1992, he opened one of the first raw food restaurants, in San Francisco, adding an L.A. location in 2000. Juliano’s Raw is one of several raw food restaurants in the city.

Phyo isn’t a fan of the juice-cleanse craze. “I get concerned when I see people starve themselves on juice fasts. It’s too extreme. With smoothies, you are still eating everything whole, just letting the blender do the chewing for you.”