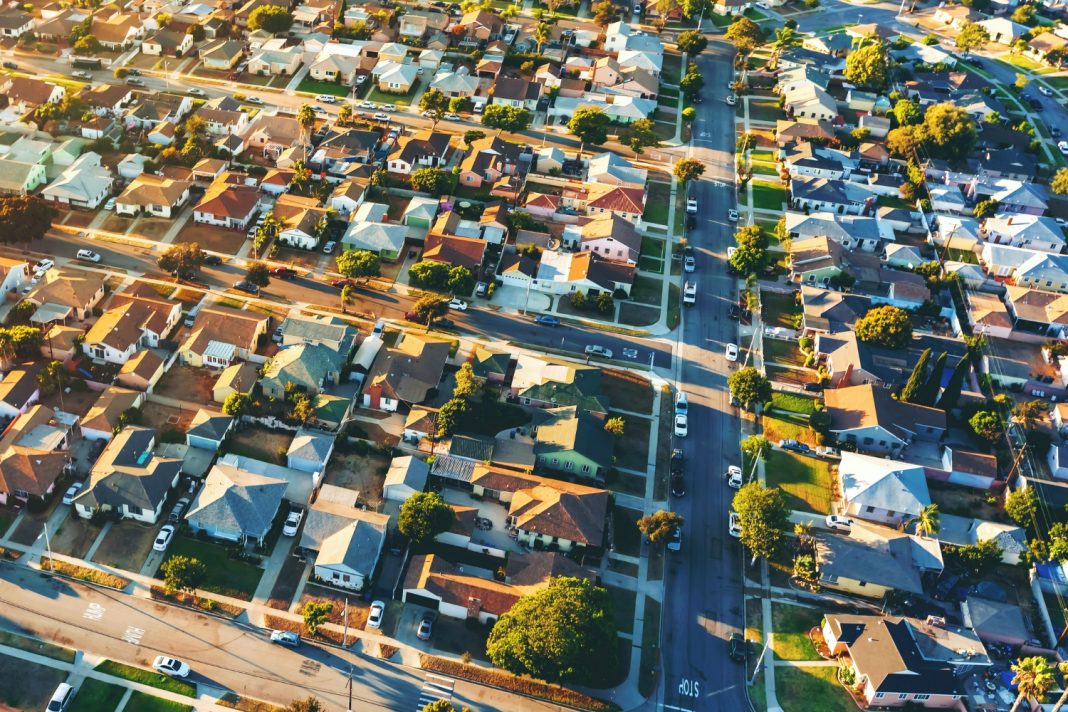 According to the Bureau of Street Services, there are over 6,500 centerline miles of streets in the City of Los Angeles; that’s a lot of pavement. You probably find yourself trapped in a car more often than you’d like, so it’s time to get streetwise. Here are some facts about L.A.’s most interesting and unusual streets.

The Long and Short of It

Sepulveda Boulevard serves as L.A.’s spine, stretching 42.8 miles from Long Beach to the San Fernando Valley. Additionally, there’s a small unconnected section of Sepulveda in Sylmar near the 5 Freeway that used to be part of the main road until construction of the 405-5 interchange broke up the road. On the flip side, there’s tiny little Powers Place. Just 13 feet long, this brief block in Pico-Union connects Alvarado Terrace and Bonnie Brae Street. Its name comes from that of developer Pomeroy Wills Powers, who served as the president of the City Council from 1900 to 1902. Powers’ Victorian home is located on Alvarado Terrace.

Coincidentally, the two L.A. streets with the longest names are short passages downtown. The street with the longest name, Astronaut Ellison S. Onizuka Street in Little Tokyo, pays tribute to the first Asian-American in space. Tragically, Onizuka died in the 1986 Challenger disaster and a monument on the street pays tribute to him and his fellow astronauts. In second place is General Thaddeus Kosciuszko Way. This two block access street underneath Grand Avenue in Bunker Hill pays tribute to the Polish general who helped America win its independence. The shortest public road name is EA Way in Playa Vista, named for the video game company whose office is nearby.

The L.A. area has many famous intersections: Hollywood and Vine, Pico and Sepulveda, El Segundo and Crenshaw; to name a few. However, the intersection of Gregory Way and Peck Drive in Beverly Hills has perhaps the most famous name. While the intersecting streets share a name with the star of To Kill A Mocking Bird, it’s actually a happy coincidence. It’s unknown where Gregory comes from, but Peck Drive is actually named after contractor C.L. Peck, whose namesake company went on to build the Capitol Records Building and the Forum among other civic landmarks.

In August, Los Angeles City Council voted to rename Rodeo Road as Obama Boulevard. In his proposal, City Council president Herb Wesson pointed out that one of President Obama’s first campaign rallies was held at Rancho Cienega Park on Rodeo Road. Obama Boulevard is near other presidential boulevards like Jefferson and Washington.

According to the Street Naming Committee, a street designated as a circle is “a circular junction of streets or highways. A circular street.” While this typically means a street that loops, only two “circles” are actually geometric circles, Windwood Circle in Venice and Bristol Circle in Brentwood. Additionally, the L.A. area is home to two large European-style roundabouts, the Los Alamitos Traffic Circle in Long Beach and the Riverside Roundabout in Cypress Park.

Where the Streets Have No Traffic

At first glance, Carthay Circle and Venice may not have much in common. However, a handful of streets in both neighborhoods—six in the former, four in the latter—share an interesting quality. While they have sidewalks and the standard blue street signs, they lack actual roadways. These pedestrian walk streets, including Venice’s Nowita Avenue and Carthay Circle’s Santa Ynez Way, serve as quick pedestrian connections between major thoroughfares and are remnants of the old streetcar days.

Our friends in San Francisco pride themselves on their ability to drive up sharp angled streets, but they may be shocked to learn that Los Angeles has the steepest streets in all of California. The steepest is the terrifying Eldred Street near Mount Washington at a 33 percent grade. The street is so steep that mail is delivered to a box at the base of the street and a special garbage truck is required on trash day. Elsewhere, San Pedro’s 28th Street has a short segment that hits the 33.3 percent incline, while several steep streets in Silver Lake, especially Baxter Street, have become problematic for drivers who use Waze and other navigation apps.

There are three important Main Streets in the greater Los Angeles area. There’s of course Los Angeles’ Main, originally christened as Calle Principal. Additionally, street addresses are determined by their distance from the intersection of 1st and Main. Culver City’s Main Street, located at the city’s border with Los Angeles, is believed to be the shortest Main Street in America. The street is only three-fifths of a block long and abruptly turns into Bagley Avenue when it hits the border. Meanwhile in Orange County, Anaheim’s only Main Street is part of Disneyland.

Main Street, U.S.A. isn’t the only street in Disneyland. Many of the walkways throughout the happiest place on earth have official street names. While only a few have signage, mostly in the New Orleans Square area of the park, many Disneyland street names have leaked out through fan blogs and even appear on Google Maps. According to Disney, Mickey Mouse’s home address is 1 Neighborhood Lane.

Sometimes developers and city planners like to have a little fun, and that means neighborhoods with themed street names. In Marina Del Rey, south of Washington Boulevard there’s an alphabetical network of streets with maritime names from Anchorage Street to Yawl Street. In the Hollywood Hills, there are the Bird Streets, immortalized in the Beatles’ “Blue Jay Way,” and the Mt. Olympus neighborhood where the streets have mythological names like Hercules Drive and Hermes Drive. At the Santa Monica/Los Angeles border, there are several streets named for states. There’s no clear direction in the state naming system, but it’s worth mentioning that Rhode Island Avenue is only one block long.

RELATED: These Might Be the Worst and Weirdest Street Names in L.A.

You Can Now Officially Drive Down Barack Obama Boulevard