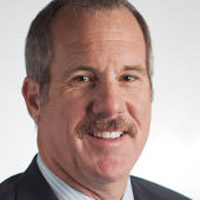 Usually public radio station KPCC 89.3 FM is reporting headlines, not making them. But it’s been an active week over in Pasadena. Scheduling changes, segment shifts, and a brand new voice co-hosting one of its highest-rated programs have stirred up the ire of many listeners. On August 20, the station debuted Brand & Martinez, a new show that replaces The Madeleine Brand Show with a broadcast co-hosted by Madeleine Brand and former sportscaster A Martinez. In response, fans have posted hundreds of comments—most of which criticize the addition of Martinez—at the show’s Web site, saying the new format doesn’t work for them and that the team has about as much charisma as Newsroom’s Maggie and Jim.

It’s only been a week, rebuffed the station’s president and CEO Bill Davis, who responded to at least one listener’s complaints with a peculiar email posted at LA Observed that offered “behind-the-scenes insight” into the decision and quoted naysayers he heard from when The Madeleine Brand Show first debuted two years ago. Rehashing comments that had described one of the station’s most popular current hosts—and an active employee, no less—as an “adolescent schoolgirl in love with the sound of her own giggle” or “a silly, stupid cow” not only seemed a tad sexist, but perhaps not the best approach to win over a listener who’s writing in because they liked her show as is.

Today, vice president of content (and former LA Times editor) Russ Stanton announced even more changes at the station, including the dropping of his former colleague at the paper Patt Morrison’s afternoon show. What’s really going on at KPCC—and what does it mean for station vets Brand and Morrison? We got Stanton on the phone to fill us in.

KPCC had a big morning, with the announcement of more program changes. What’s the mood like over there?
Far as I can tell it’s like any other day. Radio programming is work that never ends. This station has done this for more than a dozen years now, long before I got here. We’re constantly fine-tuning the mix and the stuff we did last week and this week is this year’s version of where we are trying to take the station in a little bit of a different direction.

You described Brand & Martinez as “the centerpiece of our efforts to expand programming.” I’m curious, why did you select that program in particular?
One of the things that attracted me to KPCC in the first place, is it has always been a forward-thinking organization that’s not afraid to take some risks from time to time and really reach out and try to move the needle. With this case, we’re taking our highest-rated, locally produced show and expanding it, making it twice as long and reach a broader more diverse audience.

The station entered into agreement last fall with the Corporation for Public Broadcasting, which provides funding to KPCC. Was hiring a Latino host or reaching a Latino audience a stipulation for the agreement?
Yeah—it was part of it, but I’m not positive that it required a Latino-surnamed host. The highest-rated radio programs across the country all have more than one voice. All Things Considered and Morning Edition for NPR, those are their highest rated ones, and I would note that Madeleine’s show has done extremely well for us in the two years that it has been on our air. One of the thoughts behind it was, more of Madeleine is a good thing.

What do you think of her pairing with A Martinez so far?
I’m very happy with how they are sounding on the air so far, but they’ve been quote-unquote professionally married for seven days and it is going to take a little time to find their footing and their chemistry. So far so good.

Have you given them any advice since the show launched?
I have.

What’s one piece that you could share?
At this stage in the game, given that it’s so early on, I wouldn’t want to share any of it yet.

As you said, in radio changes happen frequently. Were you surprised that fans have been so vocal with their complaints?
It’s part and parcel with making changes. I will tell you that I have been significantly surprised that the reaction has been as small as it has. If you look at the thread of comments on the page about Madeleine and A, there are a couple hundred of them. But they are essentially a conversation between about 20 people.

Are you chalking it up to, it’s OK that 20 people aren’t perfectly happy?
No. We provide that space so people can interact with us. In radio and in newspapers, programming and content changes are never welcomed with open arms. If we’ve done our homework right and execute properly, folks will come around and hopefully develop a liking for the show.

How are you and the team planning on filling a second hour?
We are in the process of developing more segments. Madeleine and her staff developed a terrific mix of news and feature stories and some offbeat stuff, and we’re looking to do more of that and some different things in that second hour.

And will that be targeted still to a generally Southern California audience? Or are there plans to expand further?
Well, we believe that if we are able to perfect the mix of things that they cover and do it in interesting ways, there is the belief that this show could have an audience far beyond Southern California. There are already about eight stations on the West Coast that have expressed an interest in picking it up once we get it perfected. We hope that’s the start of it.

That must be encouraging.
We had offers even before we launched the show.

In the station’s eyes, what will make the show a success?
What makes any show or any story a success—is it interesting to a wide number of people? Does it touch people’s lives or reach them in places where they live in ways that other content that is out there does not?

The email KPCC president Bill Davis sent to a Madeleine Brand Show fan this week essentially said give it time. How long will the new program be given to reach that bar?
I don’t know that there’s a stock answer. It depends. We’re going to give this show a good long runway to success.

Going back to KPCC’s agreement with the corporation for public broadcasting grant and your intent to reach more listeners. What does that audience look like specifically? Is there a number of Latino listeners you are trying to reach?
We’re a public service station funded largely by the public and we have a mission to deliver news and programming that makes for a better democratic society. Part of that mission involves having a staff that looks like the region that you are covering, which we do, and also providing programming that reflects the demographic makeup of the population that you’re serving. We have some pretty good numbers, but they can always be better. That’s what we are looking to achieve: broader and wider.

You also announced this morning that Patt Morrison’s show will exist in a new iteration-but details have been sparse. What will Patt’s new role be?
We’re still in the process and we’re still fine-tuning some things. With the additional hour of Madeleine and A and addition to the BBC News Hour we needed to find some breathing room in the schedule. Patt’s one of the top, most recognized journalists in not only Los Angeles but all of California, and she’s got a following and is a brand in her own right, so our idea here is to take the things that Patt does extremely well with the show and rather than broadcast continuously for two hours, to cut those into segments and to air them throughout the programming day on KPCC. The nature of people’s radio habits, there are a lot more people listening in the early morning hours before Patt is on and in the evening hours after Patt is off, so the idea is to get Patt’s high-quality work in front of more sets of viewers throughout the day. You’ll hear her stuff on Morning Edition, on Brand and Martinez, on Air Talk, on All Things Considered—that’s a big difference from having her run in set hours in the early afternoon.

What was Patt’s response to this new role?
She wasn’t thrilled with it initially, who would be, but as we talked through the concept more she’s really embraced it and the fact that she’s staying here and going to give this thing a try speaks volumes.