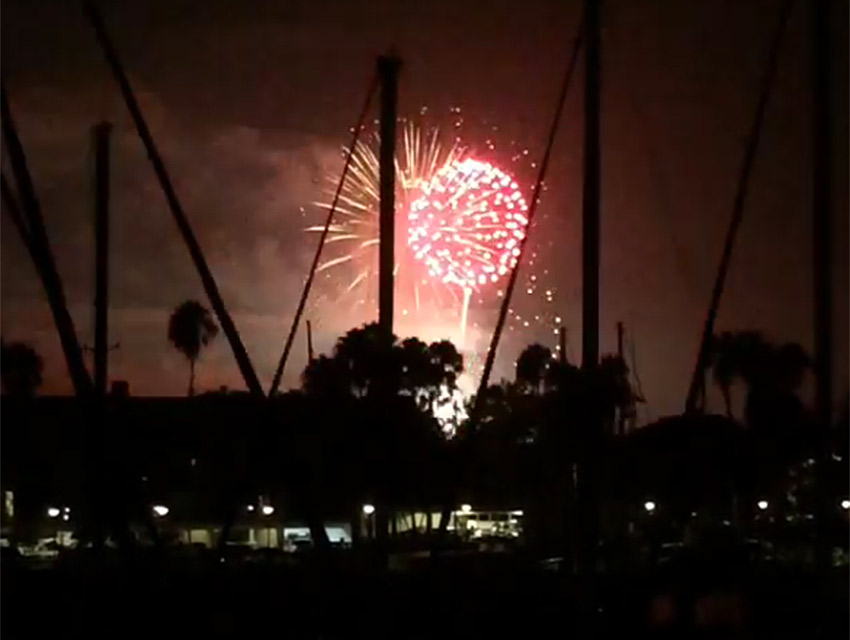 On Tuesday, August 25, Khloe Kardashian spent yet another evening celebrating the 26th birthday of her new boyfriend, Houston Rockets player James Harden. (Almost two weeks ago she took a private jet to Texas, where she and Harden kicked off the NBA star’s month-long b-day festivities with a fabulous lunch at Chipotle.)

This week’s fete included a little more than chicken burrito bowls and guacamole: Kardashian threw together a yacht party for Harden in Marina Del Rey, which wrapped up with a 15-minute-long midnight fireworks display (because what else could possibly outdo the presence of Kanye West). The U.S. Coast Guard was allegedly aware of the stunt, but a spokesperson claims there was no permit given. And while fireworks are a generally delightful activity when onlookers are prepared for them (take the Fourth of July for example), locals weren’t exactly running from their beds with cameras in hand on Tuesday. L.A. City Councilman Mike Bonin, who reps Venice, shared his ire on Facebook:

“The City of Los Angeles did NOT permit this event, and had absolutely nothing to do with it. Los Angeles County Beaches & Harbors, which overseas and operates the Marina, says they did not permit it either, and it was far enough into the bay to be outside their jurisdiction. We are checking to see if the US Coast Guard is responsible for allowing this, or if the event was unpermitted.”

Celebs like Josh Gad and Rebecca Black (you know, the “Friday” singer) even took to Twitter to shame Kardashian:

To whomever planned fireworks at midnight on a Tues thank u. Sincerely parents of 2 children who just woke up thinking we were being shelled

who on earth in the los angeles areadecided it’d be a good idea to set off FIREWORKS AT MIDNIGHT IM TRYING TO SLEEP — Rebecca Black (@MsRebeccaBlack) August 26, 2015

Maybe this is what the residents of Anaheim feel like every night.

An earlier version of this post incorrectly listed Kourtney Kardashian in its title. The correct name is Khloe Kardashian.