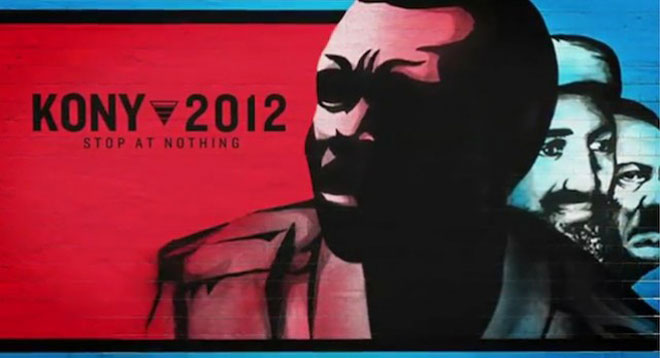 If you’re not familiar with Ben Keesey, the 30-year-old executive director and CEO of the Southern California-based non-profit Invisible Children, it’s likely you’re familiar with his work: In 2012 Invisible Children, which is dedicating to disempowering the Lord’s Resistance Army, a group accused of committing extreme human rights violations against the people of Central Africa, launched a video and viral ad campaign for the arrest of the militia’s fugitive leader, Joseph Kony. More than 100 million people watched the video within days of its release. Oprah Winfrey, Ryan Seacrest, and Justin Bieber shared it on Twitter. Critics, however, derided it as “slacktivism,” a charge that, in part, led to Invisible Children co-founder Jason Russell suffering a public and highly publicized breakdown. Russell opened up about the meltdown in an interview with Winfrey after seeking treatment for reactive psychosis in October 2012. Perhaps in spite of that controversy, Invisible Children has continued to grow its mission and organizational confidence (they cite the opening of a rehabilitation center for LRA victims in the Democratic Republic of the Congo as one major success), since then.

Theirs is an evolution I’ve followed with personal interest. I met Keesey as an undergraduate student at UCLA when we teamed up to produce a dance number for a school event. When a press release announcing a recent leadership summit hosted by Invisible Children at UCLA landed in my inbox, I decided it was time for a formal check in. Here Keesey opens up about finding purpose in his work, how he manages the responsibility that comes with Invisible Children’s success, and what’s next for the organization and for him.

When we said goodbye after graduation, you were off to a well paying job in finance at Deloitte & Touche. What happened?
I had seen this documentary film called Invisible Children about the situation in Uganda the summer before my senior year because the filmmakers were friends of mine from high school. And throughout the last year of college I grew more and more challenged by friends like them who were off to do things more self-sacrificing. When the filmmakers sent out a call for people to go back to Uganda with them for two months I was motivated to go on the trip. Upon coming back I met with my partner at Deloitte and said my friends are trying to start up this organization and I want to see if I can help them. Formally they gave me one year of deferred employment. That was eight years ago. I didn’t go back.

The film, Invisible Children, garnered so much support the filmmakers decided to establish a nonprofit to organize people around the issue. You’re now the executive director and CEO of the non-profit, which boasts at my count 136 staff members on the Web site.
Yeah. In eight years we’ve raised $65-plus million dollars, so it hasn’t been a small endeavor. I really believe now more than ever human beings are far more kind, generous, and selfless than we think they are when given a chance, when presented with an opportunity to do good. When presented with a tangible way to help someone in needs, most people step up and take that opportunity. Our organization is a testament to asking millions of people for something small and having that add up to millions of dollars and millions or resources. Eighty-percent of the money we’ve raised has come from small individual donations, primarily from high school and college students, which is virtually unique in the international non-profit sphere.

You live in Southern California. How often do you travel to Uganda?
I get out to East Africa about every four to five months.

What is that experience like now? And how have you seen the region change since your first trip?
Uganda specifically is extremely different now. For the first year-and-a-half or so that we were working, when the LRA conflict was still in Uganda, it was a very dangerous place. When we visited the northern part of the country there would be attacks nightly in and around town. It was a fantastically scary experience. When you’re living in that environment for two months and you’re thankful to wake up each morning, that changes you. Now most trips to Uganda are really encouraging because our work in the post-conflict area is providing rehabilitation and education opportunities, especially for girls—funding scholarships, funding the rebuilding of schools, really positive life-giving works. That said, I spend half my time now in the areas of the region still affected by the LRA violence, and those trips are more dangerous and intense.

Obama signed the Lords Resistance Army Disarmament and Northern Uganda Recovery Act in 2010. What was it like to see the organization advocacy at work in such a large way?
To sit there in 2010 and see senator after senator, congressman after congressman sign on to the bill—it became the most widely supported Africa-focused legislation in history—was incredible. In some ways we had to learn about the process. In our own naive way, we had to learn how the two-chamber congress works, what it takes to influence those members so they support your legislation. Once we got support on the bill, it became a process of trying to get the President to sign it and trying to get ourselves in the room when he did. When that all came together, that was a mountain top experience.

Speaking of the organization’s naive ways, as you put it: When that bill was signed, critics argued it empowered the Ugandan president, who himself allegedly committed acts of violence against the Ugandan people.
Yeah. One person within government talked with me off the record and said I think this may be the first time in U.S. history that U.S. Special Forces were deployed not because it was in a strategic interest of the government but because a constituency of people demanded it. One could argue that’s a very dangerous thing—and people did. With our experience over the last two years we’ve been able to put those concerns to rest with the facts on the ground. People asked, Is the U.S. pursuing oil interests? Is this going to provide funds or munitions for the Ugandan government? Those accusations are not true and have not materialized. The deployment of U.S. Special Forces has added to the professionalism and the humanitarian sensitivity of those regional forces.

Obviously, that didn’t slow Invisible Children down. When the organization launched Kony 2012 two years later, 3.7 million people pledged their support for efforts to arrest Joseph Kony. How did that change things for you, professionally and personally?
That’s a big question. When we launched that little campaign, our goal was 500,000 views for the film for the calendar year, and 100,000 signatures on that pledge you’re referring to. We thought that was thinking big. When we got to 100 million views in six days it stretched and tested every aspect of our personal fortitude and our organizational capacity. It was monumentally challenging to deal with the questions of the global media. Everything we did was dug into. The hardest part was answering the question, Why are you doing this? You can’t open your heart up and show people something is sincere, so it’s hard to defend yourself against people who have their own theories about what motivates you.

When kids who grew up in Southern California launch an international manhunt for a human rights criminal from another country—that’s going to raise some eyebrows and also some questions about what qualifies someone to do that.
Sure.

Now that you know how loudly Invisible Children speaks, how do you manage that responsibility?
Very carefully. I take it very seriously. It’s something that does weigh heavy on us. We represent a lot of individuals and we try to do justice to their voices. Back to those 3.7 million pledges: what we did is we delivered them to the United Nations Envoy, the African Union Envoy, and the U.S. Ambassador to the United Nations at the time—people whose official job it is to see an end to the LRA violence. But for all the controversy, there really is a substantial amount of international consensus about what needs to be done: Joseph Kony needs to be arrested and the rest of the LRA needs to return through a resettlement process back home. That’s not controversial.

Still, Invisible Children was heavily criticized by experts on Uganda who felt the organization’s spotlight on the LRA conflict put Ugandans at greater risk for violence and could have resulted in unintended consequences.
Those were tough critiques to articulate a response to because they are a cautionary tale of a hypothetical future. It’s hard to say definitely “that will or will not happen.” The only response was to say, what are the alternatives? The alternatives were more kids being abducted, more women being brutally assaulted. We refused to sit by, paralyzed by what was complicated. You can’t go to these communities that are getting brutalized by the LRA and explain to them “it’s too complicated.” Now we have a lot more confidence in the strategy we’ve implemented because it’s working: We’ve seen a 90% reduction in LRA killings from 2010 to 2012 and those sensationalized concerns of retaliatory attacks or dubious engagement by the U.S. military, those conspiracies have not materialized. Success at ending the LRA has.

Kony is still at large. What’s the organization doing now to help bring him to justice?
For the last two years, the bulk of our work in the LRA affected areas is in encouraging safe LRA defection and rehabilitating [the area]. That’s what we do with the funds we implement as an organization. Our work [on Kony] is to push, encourage, and support the international forces that are pursuing Joseph Kony.

We have so many problems here at home: homelessness, hunger, financial and educational inequity. Why should people focus their time and energy on a problem so far away from Southern California—so far from our country’s borders?
What do all of those issues have in common? Inequality or injustice. The universal truth behind the Invisible Children movement is that all human beings on this planet have fundamental and equal value—period. They should be protected against the most extreme forms of injustice, wherever that happens—period. We think the world is small enough now that we can apply that value all over the planet.  Maybe resources are limited but I don’t think they’re finite.

What’s next for the organization? What’s next for you?
For Invisible Children, it’s a campaign called Zero LRA that will go through the end of the year. It’s raising funds and our voice to say despite all the progress that’s been made we still have a ways to go. And then we’re excited to look again at the world’s landscape and say there are so many issues and causes that warrant a strong international movement—what speaks to our hearts? And get after it.