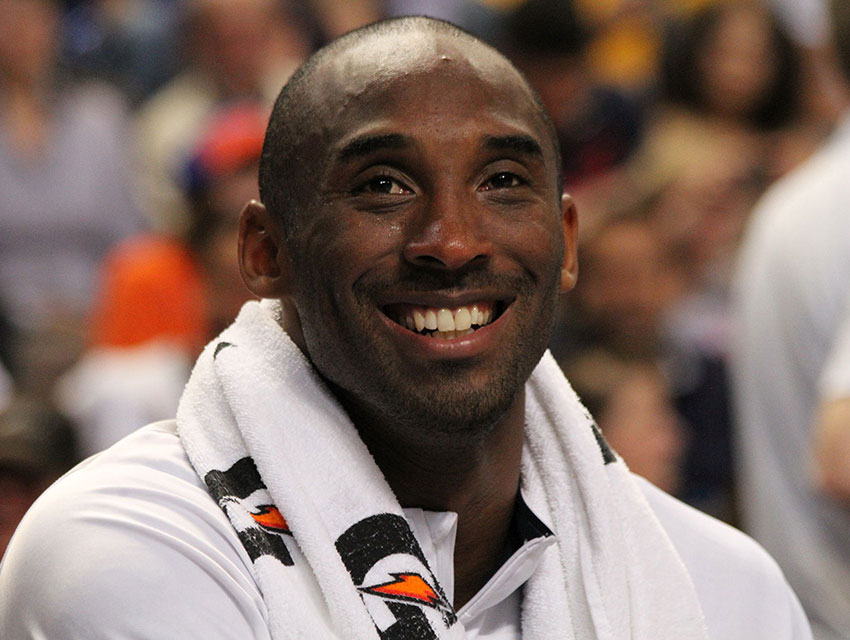 Kobe Bryant is currently just 31 points away from passing Michael Jordan at third place on the NBA’s all-time leading scorer list. Currently, the 19-season veteran has 32, 262 points. That’s a lot of made baskets. Some were especially spectacular.

Actually, a lot were. A quick YouTube search proved how difficult it is to name the top shots of Bryant’s career, but we tried nonetheless. Here are 10 picks from across his two decades of greatness in L.A.:

This shot would be damn near impossible for the average 26-year-old NBA player. But when Kobe hit this bucket on Nov. 1, he was 36. The dance he puts on former Clippers guard Shaun Livingston is bona fide sick, but it’s the spin he throws on the ball after receiving contact from Warriors center Festus Ezeli that separates No. 24 from everyone else in the league.

Kobe made this three pointer against Ruben Patterson, a man who nicknamed himself “The Kobe Stopper” and claims he used to shut down Bryant during practices when the two were teammates. Maybe Kobe wasn’t going 100 percent in those scrimmages. Patterson plays nearly perfect defense on this possession. The problem, however, is Kobe plays absolutely perfect offense, pump-faking and then double-pivoting around the defender before throwing an off-balance shot that somehow goes in. Patterson doesn’t fall for the fake, which is why Kobe has to pivot and what makes this such an incredible shot.

Pivoting away from a defender and hitting a three-pointer to beat the shot clock isn’t easy. Doing it with your off hand is nearly impossible. Kobe makes it look easy.

Yao Ming was a starting center for the Houston Rockets, but unlike other tall starting centers in the league, he stands a ridiculously tall seven-foot-six. Six-foot-six Kobe Bryant dunks on him here.

Fast-forward to the :38 second mark to watch this over-the-backboard shot in slow motion from a camera placed atop the backboard. As Lakers television commentator Stu Lantz says, “You can’t even put a mark on this degree of difficulty.”

Sorry, Staples Center attendees, but Madison Square Garden might be the greatest place on Earth to watch a basketball game. The arena buzzes constantly thanks to a fan base that screams and cheers for the duration of the game. Kobe knows the Garden’s importance in basketball lore, and he’s not one to resist putting on a show, which might explain this shot. After a fake out that sends his man to New Jersey, Kobe pivots on his left foot and sinks a 15-footer that leaves Spike Lee speechless. Even more impressive is the fact that this basket earned Bryant his 58th and 59th points of the game. He went on to score 61, an MSG record at the time.

4. A Shot Made by Going Around Dwight Howard

The live action shot doesn’t make this basket seem as impressive as it is, so make sure to watch the replays from two different angles. Kobe places the ball toward the right side of the rim, flies across the lane, brings the ball down to his body to get it around Magic center Dwight Howard, and hits a bank shot. That’s insane.

Kobe gets some space from his defender and then pump fakes, which draws a second defenseman. Other players might have looked to pass at this point, but Kobe’s basketball sense is so strong he recognizes there’s no one between him and the basket. He throws the ball off the backboard, grabs the rebound and then puts down a two-handed dunk.

2. A Jumper Over Grant Hill (Plus a Pat on Alvin Gentry’s Backside)

Grant Hill couldn’t have defended Kobe any better than he does on this play. Still, Kobe’s offense trumps again. No. 24 pats Phoenix Suns coach Alvin Gentry on the backside post play just to let everyone know who’s boss.

Rather than take himself out of the game like a normal human being, Kobe limps to the bench, then walks the length of the floor to shoot two free throws after tearing his Achilles heel in this clip. Spoiler alert: He makes both baskets.