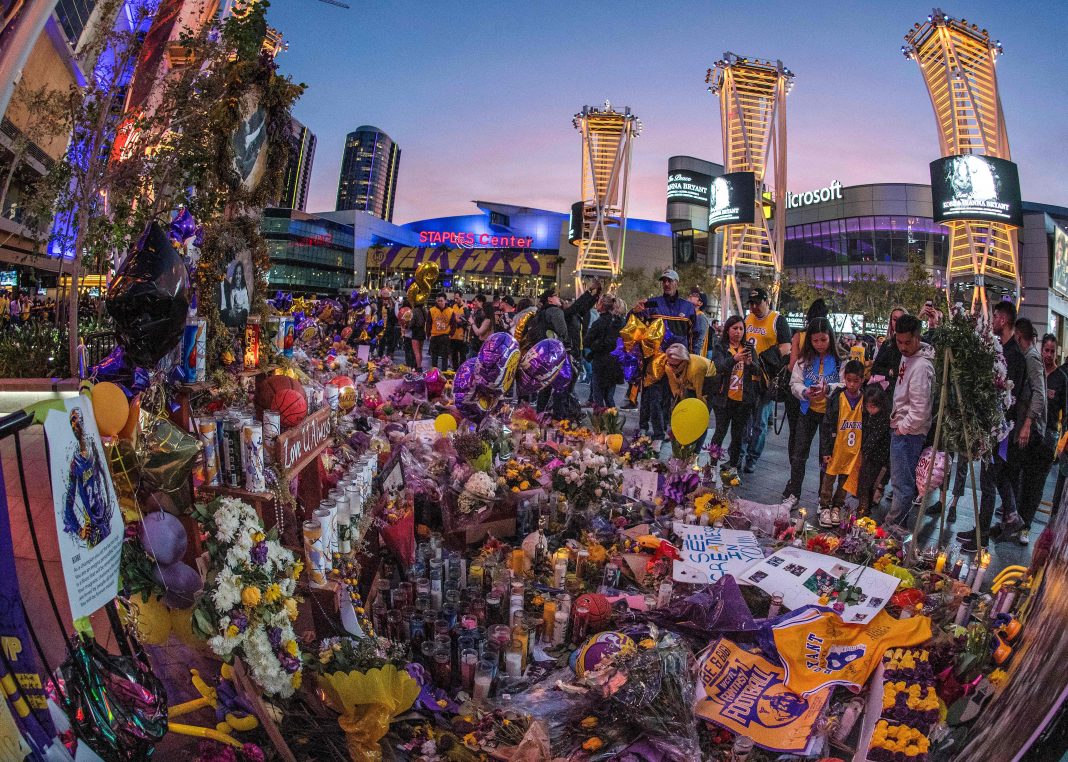 Update (2/14/2020): Ticketing and additional details on the public Kobe Bryant memorial service have been announced. Those hoping to attend the event, to be held at the Staples Center on February 24, will be able to purchase tickets starting on February 19.

At the time of his retirement, Bryant’s number with the Lakers was 24. His daughter, Gianna, played under the jersey number 2. The 2 and 24 theme extends beyond the date of the event to the ticket prices. Tickets will be priced at $224 for the best seats, then pairs of two for $224, and then upper seats at $24.02.

To purchase, mourners are encouraged to pre-register online. Users who pre-register will receive a code in their email on Tuesday night with an access code. That code will be necessary to make the purchase on Wednesday at 10 a.m. If more people request codes than can be accommodated, those who have registered will be entered into a random lottery to be selected to buy tickets.

Proceeds from the ticket sales will go to the Bryants’ youth sports charity, recently renamed the Mamba & Mambacita Foundation.

Sources tell the Los Angeles Times that a public memorial for Kobe Bryant and the eight other people who perished in a January 26 helicopter crash will be held on February 24 at the Staples Center in downtown Los Angeles.

In an Instagram post on Friday morning, Vanessa Bryant indicated that the service will begin at 10 a.m.

Initially, there was concern that the venue just wasn’t big enough to accommodate the ceremony, although it previously hosted memorials for Michael Jackson and Nipsy Hussle.

Update (1/30/2020): Mayor Eric Garcetti has confirmed that the city is working with Kobe Bryant’s family and the Lakers organization to prepare a public memorial ceremony. As of yet, however, no date or venue has been confirmed.

“There will absolutely be a memorial to mark the contributions of this incredible man and not only him, but to commemorate the loss of his daughter and all the other families that were there,” the mayor told the Los Angeles Times this afternoon. “We don’t have that date finalized but we’ve been talking every day to the Lakers, and most importantly, to [Bryant’s widow, Vanessa] as well. I think one message that I would say is this is not just about a man who was a basketball player, this is about a father, this is about a leader, this is about a filmmaker, this is about an artist, this is about somebody who was so much more than just how he was on the court.”

Plans for a public Kobe Bryant memorial ceremony are underway. While no official details of the date or location have been confirmed yet, one issue was apparently raised at a meeting to make arrangements for the event: while the Staples Center, known as the “House that Kobe Built,” is the intuitive place to stage the ceremony, it may simply not be large enough to accommodate the outpouring of public grief that organizers are anticipating.

TMZ reports that the L.A. Memorial Coliseum appears to be under consideration as a venue. The Coliseum is able to hold 80,000 people in the stands, and the surrounding parks could be used for overflow if needed. The Staples Center, by contrast, only holds 20,000 spectators inside. The TMZ post says that the Rose Bowl was brought up as a possibility, but while the capacity is larger, it seems the plan is to keep the event within the city of Los Angeles, rather than ask mourners to travel out to Pasadena.

In April, Staples hosted the public memorial service of slain rapper Nipsey Hussle. Tickets to attend the event were distributed within minutes of becoming available, and crowds spilled out into the L.A. Live plaza for hours.

RELATED: Kobe Bryant Wanted to Be Remembered as a Storyteller

How Kobe Became One of the Greats, On and Off the Court