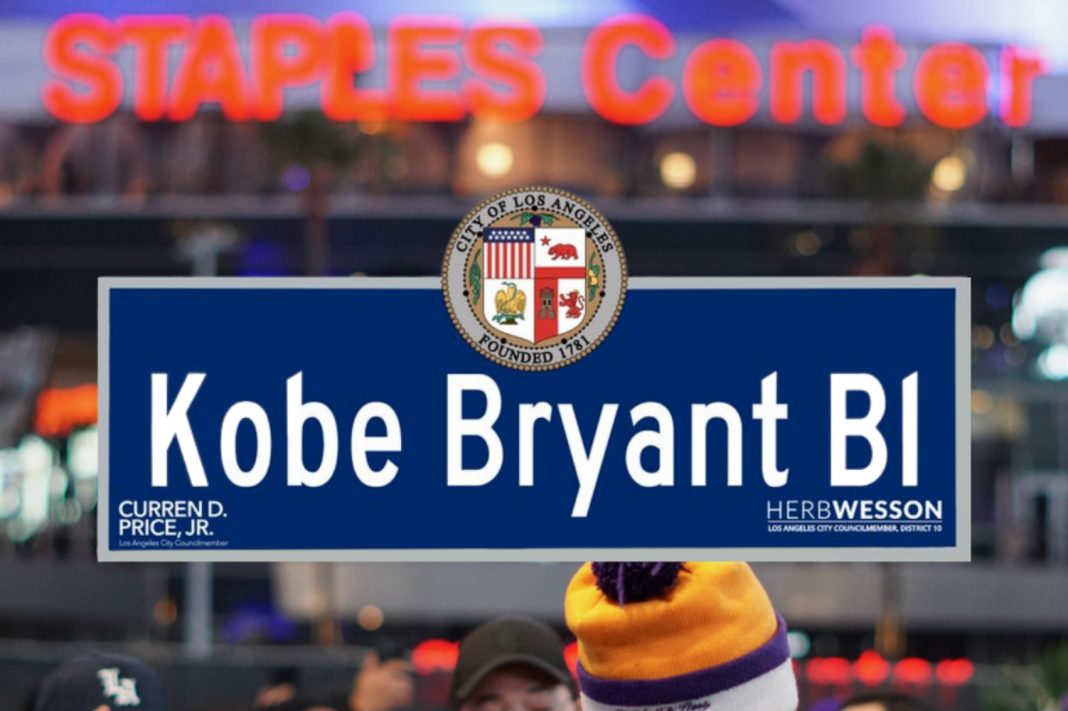 As the city commemorates Kobe Bryant Day–a date marking both the late Lakers player’s birthday and his retired jersey numbers–City Council Members Herb Wesson and Curren Price have announced plans for another celebration of Bryant’s life. They hope to see a portion of Figueroa Street renamed Kobe Bryant Boulevard.

The stretch of Figueroa in question runs from Olympic to West Martin Luther King Boulevard. Notably, that includes the portion that runs outside of L.A. Live and the Staples Center, Bryant’s basketball home.

“Kobe’s legacy is bigger than basketball. Kobe Bryant Blvd will be a reminder to everyone, young and old who drive down it, there is no obstacle too big and that with the Mamba mentality, anything is possible,” Wesson wrote in an announcement on Twitter.

The motion for the renaming was introduced to the City Council today. No details of when new street signs would be installed, should the proposal pass, have been announced.

“This is a gift to the City of Los Angeles and to all the Kobe Bryant fans around the world,” Price wrote in a statement regarding the proposal. “L.A. streets will rise in honor of the ‘King of L.A.’”