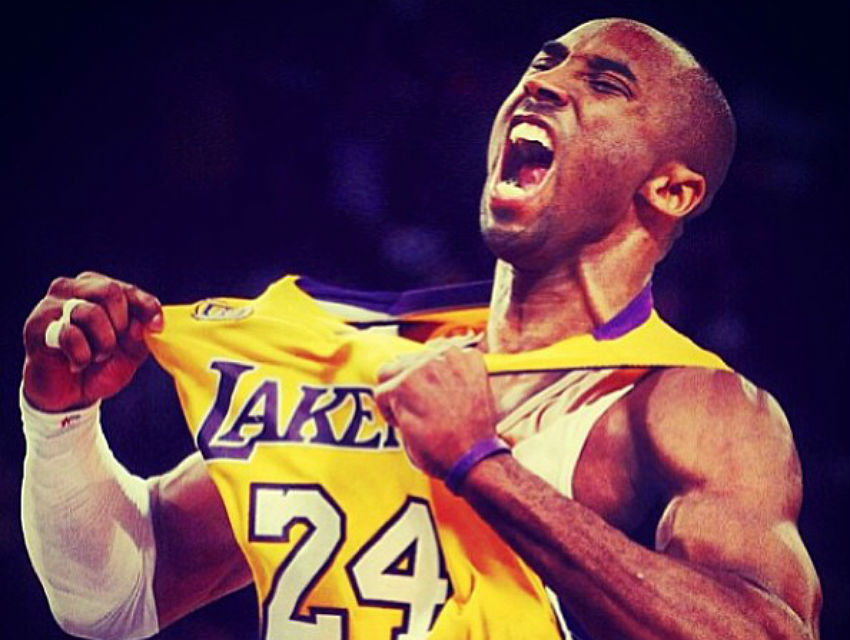 Earlier this year, former Los Angeles columnist Anne Taylor Fleming wrote a tribute to Kobe Bryant ringing in what was likely to be his last season. “So what can we finally say about the aging wunderkind who came to the NBA out of high school and never played anywhere but L.A.?” she asked. “That he was a checkered hero who dazzled us and made us crazy at the same time, a man who brought us championships and probably cost us some, driving other players away from the Lakers with his intensity and mouthy arrogance. He has often felt like a soloist in an ensemble, right from the get-go when he refused to pass the ball in his first All-Star game back in 1998. That’s how he is finishing up, with the longtimers gone, the new crew not fully engaged. So it’s the Kobe Bryant swan song: a man taking shot after shot—from here, there, everywhere, trying to catch the all-time leading scorers, surpassing Michael Jordan but short of Kareem Abdul-Jabbar, at the top of the list with 38,387 points. With no chance of a championship ring this time, that’s all that’s left to do.”

Today, the closeted poet (who knew?!) and Lakers shooting guard has made it official, announcing that he will be hanging up his jersey at the end of the season via a poem published at The Players’ Tribune. The piece drew so much traffic that it crashed the site shortly after it was posted.

The 37-year-old former Olympian and basketball legend, whose most recent two-year deal with the Lakers is up in 2016, penned a long note to the sport he fell for as a six-year-old kid. In it he speaks of loving the game obsessively, even pushing through a slew of injuries to keep himself on the court. In the poem’s last stanza, Bryant bids basketball adieu with an apropos shot clock countdown. Take a look at the piece in full below.

From the moment
I started rolling my dad’s tube socks
And shooting imaginary
Game-winning shots
In the Great Western Forum
I knew one thing was real:

I fell in love with you.

As a six-year-old boy
Deeply in love with you
I never saw the end of the tunnel.
I only saw myself
Running out of one.

And so I ran.
I ran up and down every court
After every loose ball for you.
You asked for my hustle
I gave you my heart
Because it came with so much more.

I played through the sweat and hurt
Not because challenge called me
But because YOU called me.
I did everything for YOU
Because that’s what you do
When someone makes you feel as
Alive as you’ve made me feel.

You gave a six-year-old boy his Laker dream
And I’ll always love you for it.
But I can’t love you obsessively for much longer.
This season is all I have left to give.
My heart can take the pounding
My mind can handle the grind
But my body knows it’s time to say goodbye.

And that’s OK.
I’m ready to let you go.
I want you to know now
So we both can savor every moment we have left together.
The good and the bad.
We have given each other
All that we have.