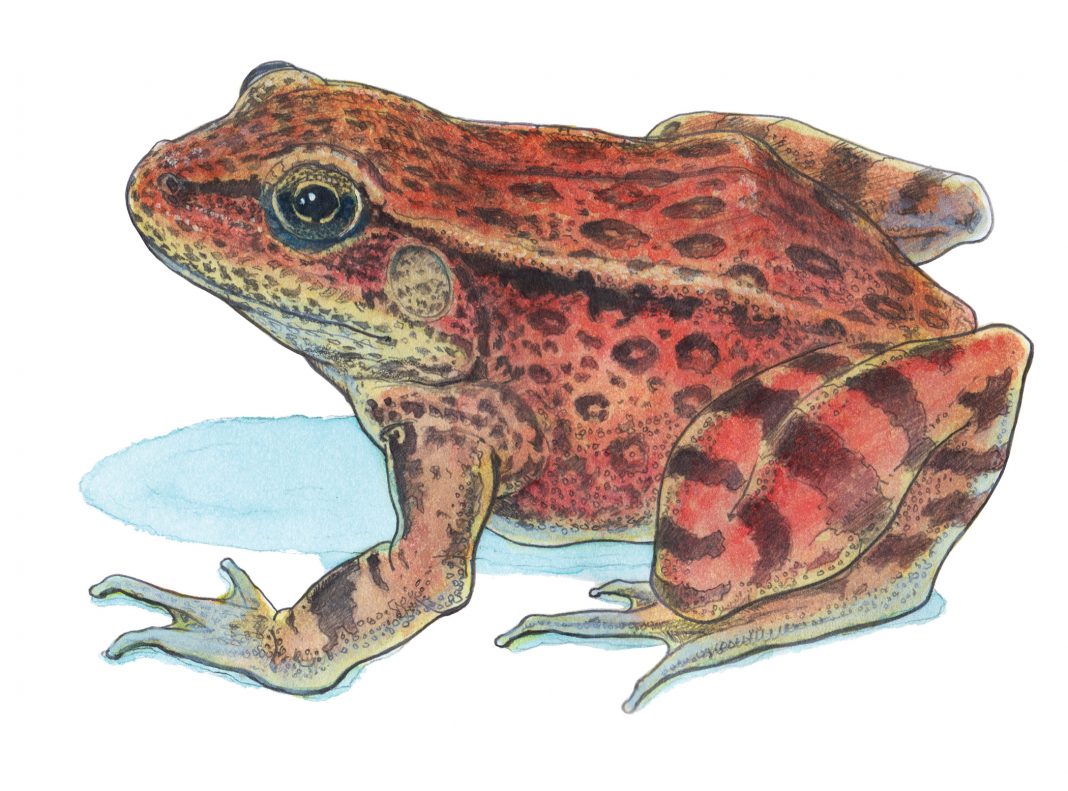 Los Angeles was once home to an abundance of Pacific chorus frogs, California newts, Western toads, and one of the biggest of them all, the two-to-five-inch-long California red-legged frog. Urbanization has generally caused the native amphibian population to dwindle, but it’s unclear why the red-legged frogs had vanished from their downstream Santa Monica Mountains habitat by 1976. The endangered species is still found in the Simi Hills, and as part of a repopulation plan, National Park Service biologists are moving thousands of red-legged frogs’ eggs back to the Santa Monicas. Over the last two breeding seasons, more than 2,100 tadpoles were released from protective pens into local streams. Fewer than 50 will likely survive their first year, when these animals typically develop their namesake coloration. Then it will be another 12 months before the frogs are old enough to breed. Researchers will repeat the relocation process during the next few years, and if successful, mountain residents will once again hear the throaty mating calls of the noctural creatures.