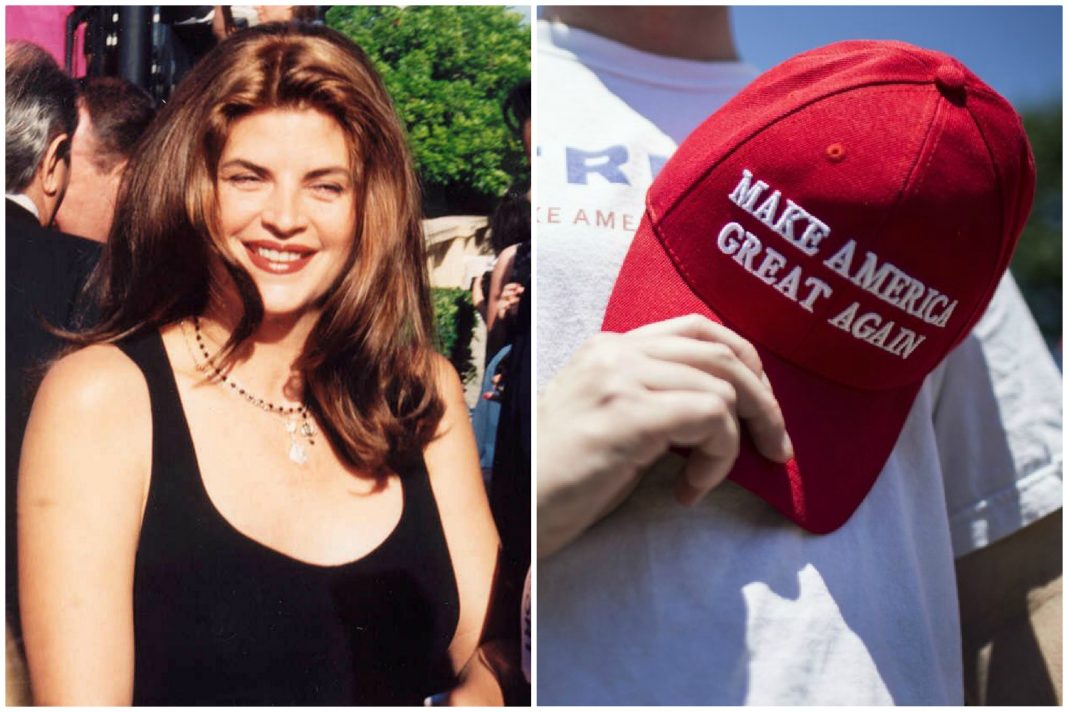 Actress and noted Scientologist Kirstie Alley unleashed a flurry of political tweets on Thursday night, several of which appeared to express support for the QAnon conspiracy theory…lifestyle. In one post, Alley, who has been an outspoken supporter of Donald Trump, posted a popular QAnon slogan, saying “I like it.”

@whatsqoinqon WHERE WE GO ONE WE GO ALL 🇺🇸I like it

In subsequent posts, she claimed to be unaware of the right-wing phenomenon–claiming at one point that she had only posted the motto because she thought “it sounded like something the Marines would say”–yet continued to share positive comments regarding the conspiracy. She also claimed that “Q haters” were “acting hideous” in her comments.

After ginning up interest in her twitter presence with Q content, Alley followed up with a string of tweets in which she claimed that “a vote for Biden is a vote for socialism” and accused Nancy Pelosi of being “evil” and a “witche” [sic].

The “process” EVIL NANCY PELOSI speaks of is an attempt at a presidential takeover of a President by glorified BAKER ACT .. don’t believe a word that comes out of this witche’s mouth..and yes she gives witches a bad name.

Alley, age 69, appeared on the sitcom Cheers from 1987 to 1993, and in the Look Who’s Talking film series. In recent years, she has been as a sporadic presence on reality television, including appearances on Dancing with the Stars and Celebrity Big Brother, and had a role in the second season of Scream Queens in 2016.

In addition to her strong support of the president, Alley also found herself back in the news last month for another online rant, in which she expressed distaste for diversity initiatives undertaken by the Academy of Motion Picture Arts and Sciences. She described new efforts to encourage inclusivity in Hollywood as “a disgrace to artists everywhere,” and claimed to be “opposed to mandated, arbitrary percentages related to hiring human beings in any business.”