Home Environment What Will California’s Coastline Look Like in the Future? There’s a Way... 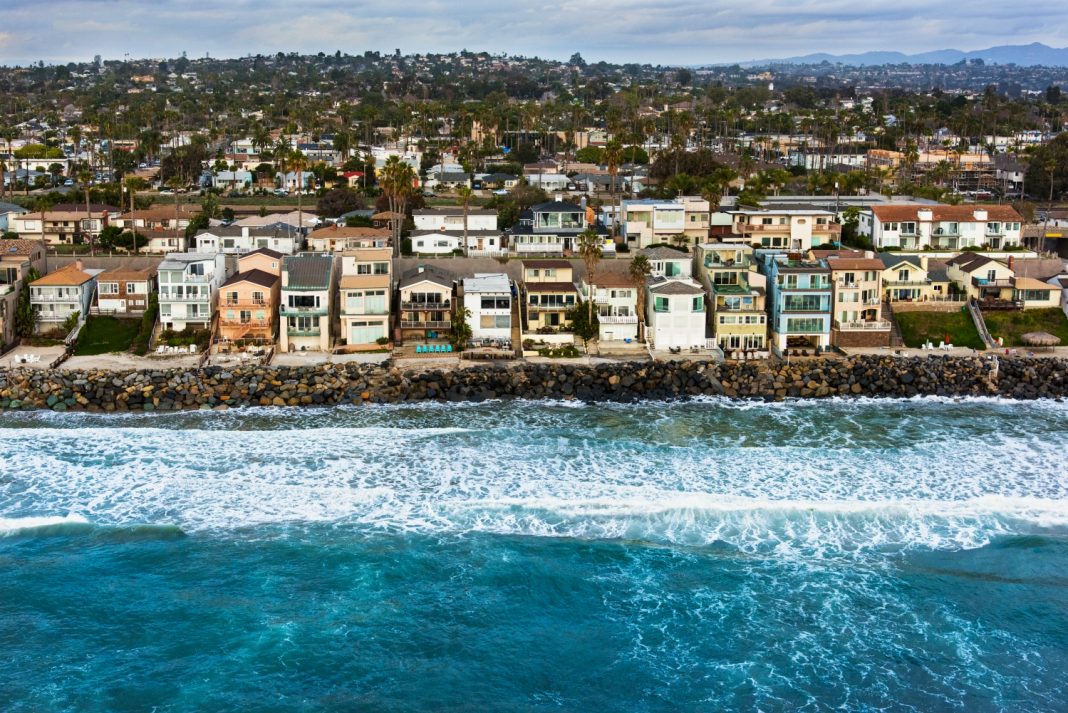 Sea levels are rising at a higher-than-average rate in California, which means by the end of this century the coast is going to look very different. As Antarctica continues its climate-change-induced thaw, the Pacific is expected to swallow between a third and two-thirds of SoCal’s beaches, damaging infrastructure like ports and piers, and lapping at the foundations of thousands of coastal homes. On January 20 and 21, Californians will get a preview of this probable future when the highest tides of the year roll in.

Informally dubbed “King Tides,” the mega-swells happen twice a year when the sun, moon, and Earth align and create an extra-strong gravitational pull on the ocean. For a decade, the King Tides Project has encouraged people to hit the beach during this astronomical event to snap photos and meditate on what a wetter future could mean for California. “[Rising sea levels] aren’t just about drowning polar bears,” says Marina Psaros, the project’s cofounder. “They affect us locally.”

Images collected for the project show waves crashing into seafront homes, inundating sidewalks and roads, and flooding coastal waterways—all events that will become the norm in coming years. “These tides are going to be the daily average within many peoples’ lifetimes,” says Psaros. Aside from a wake-up call, the images are also a valuable source of info for scientists—the U.S. Geological Survey, Jet Propulsion Lab, and NASA have used them to improve flood maps, project future erosion, and track the progress of climate change.

This year, the water is expected to rise nearly seven feet in Los Angeles during the tides’ peak hours (7:57 a.m. on January 20 and 8:42 a.m. on January 21), and a number of talks and events are happening throughout the region. Psaros also recommends doing some tide-pooling later in the day, when the lowest tides of the year occur—just be careful, she warns. “You can get out further, but inevitably someone always gets stranded,” says Psaros. “The tide comes back in, and then you have to swim.”