Home Books This UCLA Professor’s Books on Policing and Prison Used to Be Treated... 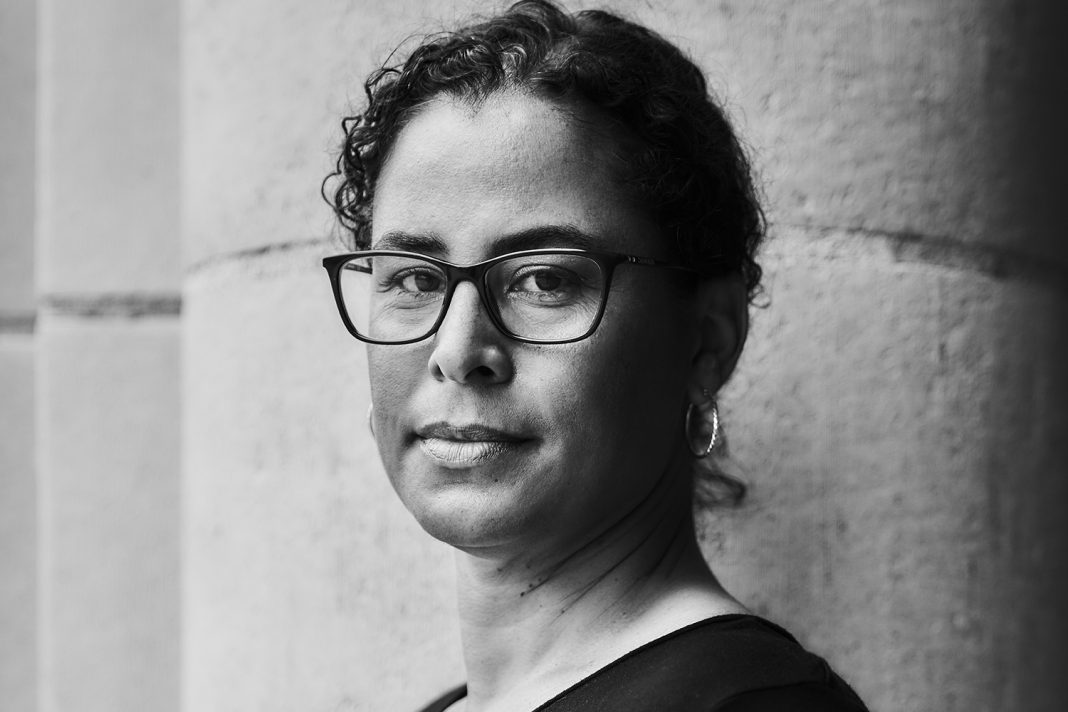 For much of her career, UCLA professor and historian Kelly Lytle Hernández has taken on some of this country’s most powerful and storied institutions. In her 2010 book, Migra! A History of the U.S. Border Patrol, she laid out, in exacting detail, the racist roots of that agency, from its targeting of Mexican migrant laborers in its earliest days, to later programs like “Operation Wetback.” In City of Inmates: Conquest, Rebellion, and the Rise of Human Caging in Los Angeles, 1771-1965, she tackled L.A.’s sprawl of jails and prisons, explaining how the city came to create the largest prison system in the U.S. by systematically and intentionally “purging, removing, caging … and eliminating” immigrants and people of color. As director of Million Dollar Hoods, an exhaustive map-based project that reveals the human and literal cost (nearly a billion dollars every year) of incarcerating thousands of people throughout L.A., she took on the LAPD and the sheriff’s department, among others.

Over the years, Lytle Hernández has caught heat for her views. “When I used to talk about white supremacy, people would pull me aside and say, ‘You know, that’s not really appropriate talk for the public.’” She laughs. “I literally have been told that—repeatedly.”

But a funny thing happened over the past several months. As people have taken to the streets to protest police violence against African Americans and to topple longstanding monuments to the Confederacy—as calls to defund the police and imagine a world without prisons gain traction—Lytle Hernández’s views suddenly don’t seem so fringe. “People are finally getting how much white supremacy is written into our DNA,” she says. “There was something about the Amy Cooper incident, the killing of Breonna Taylor, that man staring into the camera with his knee on George Floyd’s neck. There was something about that that turned the tide and ripped off the blinders for a broad base of people living in the United States.”

Growing up in San Diego, Lytle Hernández experienced firsthand many of the issues she now contends with as a writer and researcher. “I had a good friend in elementary school who lost an uncle to deportation,” she says. She recalls the Border Patrol as a near-constant presence in the 1980s, when agents cruised the streets and neighborhoods of San Diego and rousted people on buses and transit stations.

Last September Lytle Hernández received a prestigious MacArthur Fellowship for “challenging long-held beliefs about the origins, ideology, and systemic evolution of America’s modern-day incarceration and immigrant detention practices.” After years teaching history and African American Studies classes at UCLA, Lytle Hernández plans to take the next year off to focus on her Million Dollar Hoods project and to write a book about its history. She’s also finishing the last chapter of a book about the Flores Magón brothers, Mexican activists who helped seed the Mexican Revolution while living in Edendale—now Silver Lake—among other places. “It’s about a group of Mexican exiles to the United States who came here, were tracked down by spies and assassins sent by the dictator of Mexico, and still figured out a way to foment enough discontent across borders to launch the Mexican Revolution of 1910,” she says. “It reads like a Hollywood film, but it’s also part of the origin story of the Mexican American population, and the massive surge of immigration to the United States.”

A century later, the story is particularly relevant. “We have a president who takes easy swipes at communities as if they don’t belong here,” she says. “We need to make it clear that this is a community that has been here for a very long time and has helped build our society and culture and contributed to our freedom movements.”

As for our current tumultuous times, Lytle Hernández sees reason for both optimism and caution. “I never dreamed I would see this kind of change in my lifetime,” she says. “And I’m thankful that we’re here. But I have deep concerns about what comes next because we’ve been here before, right? Is this a more significant opening than the Civil War and emancipation? But then Jim Crow followed the emancipation era. I don’t want to be a part of the generation that creates the new racial regime.”

Many Fear Spot, a Robo-Dog Cop, as Industry Embraces the Canine Droid