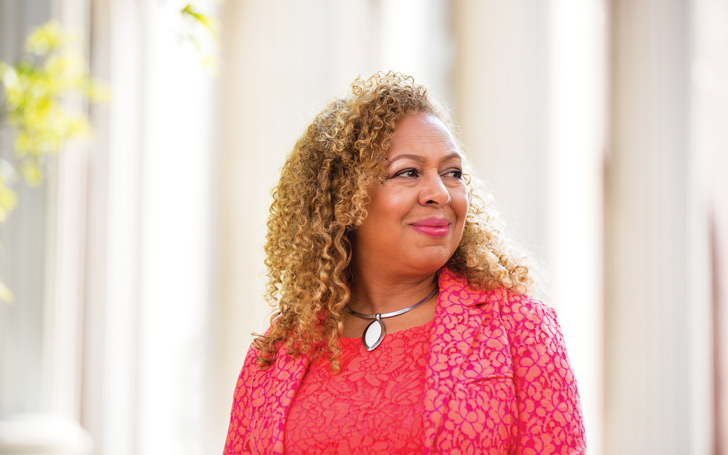 Art historian and curator Kellie Jones was in high school when she first started thinking about how nonwhite artists have been represented in the traditional canon. “You’d look in the books and see the only people who looked like much of the people in my school were very ancient. They’re Mayan; they’re Egyptian,” she says. “I just thought that was a strange thing.”

This realization led Jones to dedicate her career to exploring contributions of African American artists through writing and by curating exhibitions like Now Dig This! Art and Black Los Angeles. An art history professor at Columbia University, Jones became a MacArthur “genius” last September. “It’s pretty amazing,” she says. “It’s made everybody want to talk to me more, instead of being the researcher in the corner doing my thing! But I can’t complain. One of the things I want to do with it is collaborate with younger curators and writers.” She’s also kept busy writing: Her latest book, South of Pico: African American Artists in Los Angeles in the 1960s and 1970s, is out this month. Here, three insights she’s learned.

When you’re researching underrepresented artists in history, you have to cast a wide net. “You just go down every pathway. Every little mention, you follow up on. It’s out there, and you can find things that are really hidden but in plain view. People talk about these things, but they’re lost from our histories. With Now Dig This! I was able to access artists’ personal archives, which was a boon to the project and to this book.”

Art isn’t made in a vacuum. “I had been involved in writing about artists like David Hammons for many years, and so I wanted to think about where he came from. The way art history is usually written is you have the great person—usually a man—who changes our world with art. But it’s interesting to see where Hammons got his inspiration and who he worked with because he’s always been pretty collaborative and also very generous to his cohort.”

The events of 1965 shaped the African American art landscape in L.A. “After the Watts rebellion, white store owners left, and because the area went down in value, that allowed more black store owners to come in, including art store owners. Samella Lewis had her spaces all around the city while being a professor. She is amazing. She had, like, three galleries, a museum, a magazine, and she made three films. It’s all because of collaboration, she said. And then we have Suzanne Jackson, who ran Gallery 32 over by MacArthur Park because there were no other spaces. No one was supporting African American art. Just imagine: These people are making things, and they have no place to show them. So finally in the ’70s, people are taking advantage of the real estate and doing that. And you can also think of the flip side: Ed Ruscha is looking at the abandoned parking lots, all those abandoned spaces—it’s really because of post-rebellion life. And on the other side of that abandonment, it allows black people to take control of that space in art.”