Home Politics How to Have Opinions Without Offending Anyone: A Guide for Women 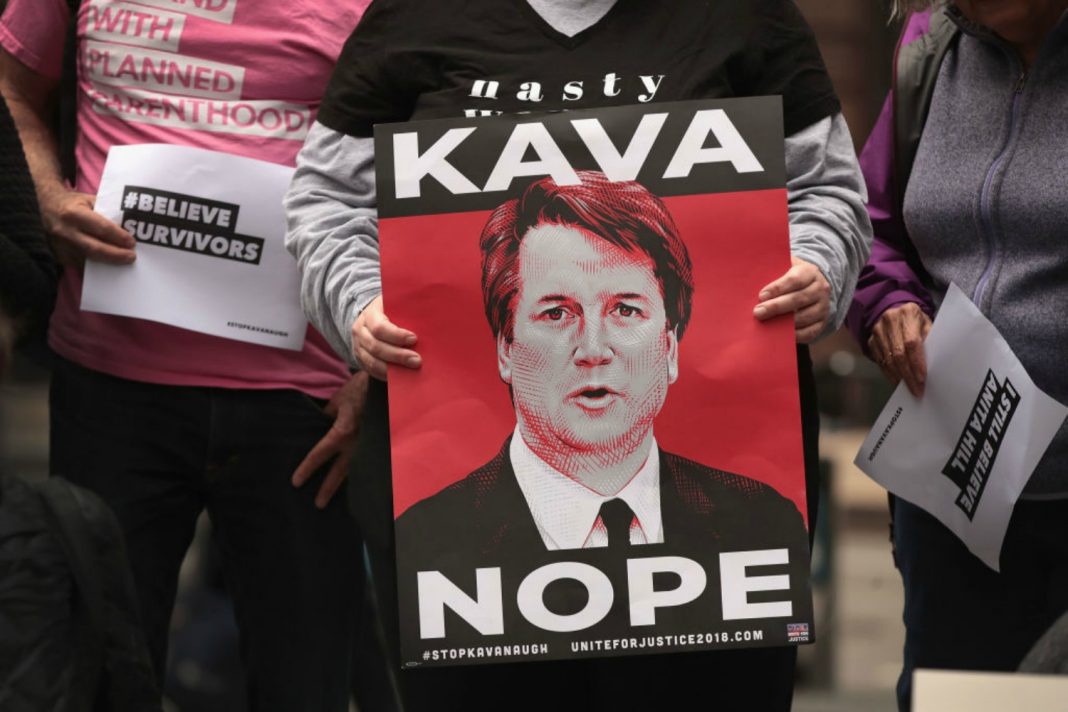 It’s been an exhausting week to be a woman. I can think of several more dramatic ways to express what I’m feeling and I’m sure lots of other women are feeling, but I’ll settle for what seems like the acceptable response—exhaustion. It’s tidy and comforting in the way it suggests that maybe if we all just lie down for a while, or treat ourselves to a facial, or light an aromatherapeutic candle and have a good soak in the tub we’ll feel better that an overgrown frat boy with designs on Roe v. Wade is steps away from being in a position to make decisions about our lives for the rest of his. Unfortunately, I’d have to clean my tub to take a bath and I don’t have time for that, so instead I’ll wring my hands and wait and swallow the malaise deep, deep down where it’ll fester and eventually turn into colon cancer or something just as horrible.

Women learn from an early age that there are appropriate and inappropriate ways for them express their beliefs, and that the latter column is much longer than the former. Showing emotion—sure to be misinterpreted as instability or weakness—has long been off the table, so we settle for quieter, less obtrusive ways. At least until until we discover that those ways are wrong too. I know very few women writers who put their opinions on the internet and haven’t been called bitches or been told to kill themselves.

Then there’s Haley Pollock, the woman who was reprimanded at a Dodgers game last week for wearing a T-shirt that features a line drawing of a uterus and the phrase “No country for old men,” a statement about reproductive rights. Upon entering the stadium, she was pulled aside by men she believes were security guards and given the option to either put on her jacket and cover the shirt or to leave the game. She left (and, for what it’s worth, the Dodgers lost). Once the media began hitting up the Dodgers organization for comment, Pollock reportedly heard from the team’s risk manager, who referred her to a “Fan Code of Conduct” that prohibits “obscene or indecent clothing.”

Are drawings of internal organs inherently obscene—or just internal organs that are specific to the female anatomy? Would a line drawing of a spleen or a pancreas accompanied by the same message have gotten the same reaction? Or what if a man had been wearing the shirt?

It’s fitting but not coincidental that a T-shirt with a pro-choice message is at the center of the flap. Women’s reproductive rights are in danger. I won’t belabor the details of Brett Kavanaugh’s nomination to the Supreme Court, its implications, or what’s made it so “exhausting” for women who believe the testimony of Dr. Christine Blasey Ford. I think the New Yorker’s Jia Tolentino summed it up pretty well: “On Thursday, a man who has been accused of sexual misconduct by two women, and who has been nominated for a position on the Supreme Court by a President accused of sexual misconduct by 20 women, will attempt to persuade eleven Republican men that he deserves that position—a position that would give him the authority to help decide, among other things, what options are available to women if they get pregnant after being sexually assaulted. What more damning demonstration of the solidification of male entitlement could we possibly get?”

Male entitlement isn’t anything new, but if it feels increasingly like women can’t win when the rules keep changing and the game’s being thrown, you’re probably on to something. You’re damned if you do and damned if you don’t. So scream what’s on your mind. Wear a T-shirt that’ll piss people off. Take to the streets (even if you won’t be joined by tens of thousands of other people like you were in January). And be emotional in public if you feel like being emotional in public (hell, men do it). It’s the only cure for exhaustion after a week like this one.

RELATED: Our Favorite Signs and Slogans at the 2018 Women’s March

Meet the Megadonors: These Are the SoCal People Giving the Most to Trump