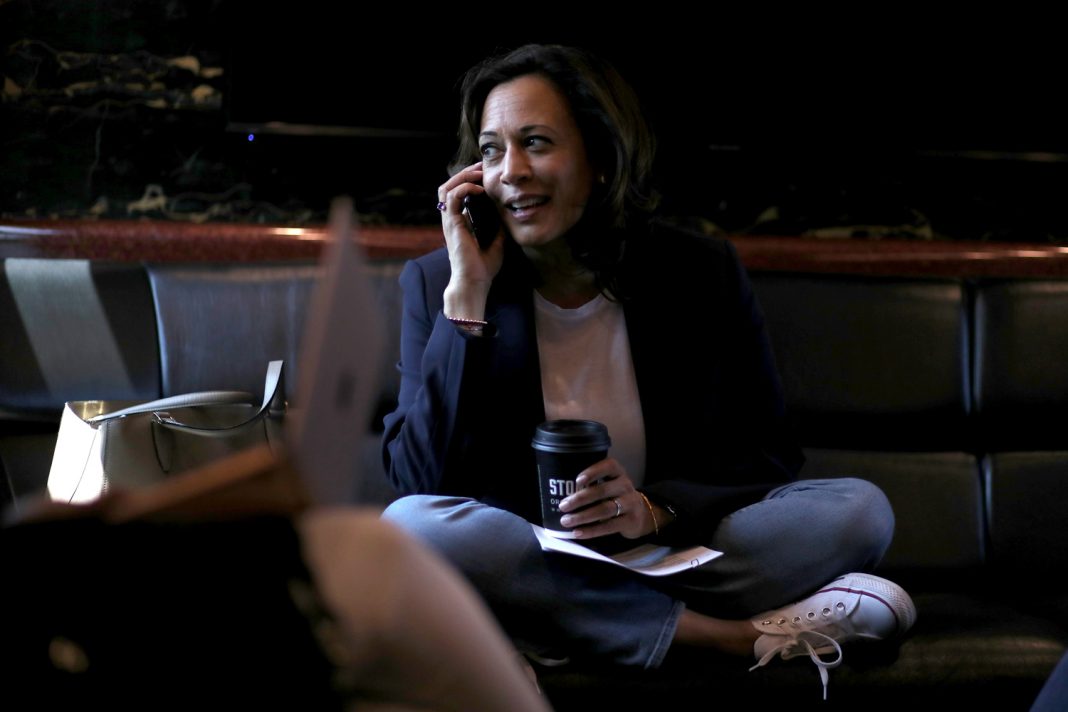 On January 20, Sen. Kamala Harris will become Vice President Harris. Now, with one huge race settled, another begins—though this time, only one person has a vote.

That person is Governor Gavin Newsom, and the race is to finish out Harris’s six-year term (the next election is in 2022). People began lobbying Newsom with their respective preferences from the moment in August when Biden tapped Harris to be his running mate, but ultimately, it is the governor’s call.

Trying to guess who Newsom will select has become the state’s most exciting political parlor game, with everyone speculating on what will factor into his decision. A consistent belief is that the man who green-lit same-sex marriage when he was mayor of San Francisco will again look to make history.

Two months ago Los Angeles looked at some of the contenders for the seat. Now, with the presidential election in the rear window, we update the possibilities.

The Details: The name atop almost every list continues to be Secretary of State Alex Padilla, who just oversaw a very smooth California election with massive turnout. Padilla has a long relationship with Newsom, and his selection would check that “Make History” box by virtue of being the first Latino in California to become a U.S. Senator. There’s a lot of upside here, including the fact that Padilla, who has twice won Secretary of State elections, knows how to run a statewide campaign (it would be a blow to Newsom if his choice for the Senate is displaced a year later). Few would complain if Newsom taps the Pacoima native and former president of the L.A. City Council, and a Padilla selection would also allow the governor to choose the next Secretary of State.

The Details: If making history as the first Latino in the post and getting general applause top Newsom’s agenda, then state Attorney General Xavier Becerra must also be considered a top-tier choice. Thought not as tight with the governor as Padilla, Becerra’s 24 years in Congress, and his experience chairing the House Democratic Caucus and serving on the Ways and Means Committee, would enable him to be a force in Washington, D.C. on day one. Becerra too would be in a strong position to defend a Senate seat in 2022, and he gets bonus points for having aggressively battled the Trump Administration in the courts for four years. As with Padilla, a Becerra selection would allow Newsom to double dip and pick the next state attorney general.

The Details: One might have expected Karen Bass’s star to dim after Biden put another Californian on his ticket. Yet the buzz around Bass remains strong—and why not? She’s a five-term Congresswoman who is lauded for her intelligence, dealmaking and likability, and choosing her would ensure that the seat being vacated by a Black woman would continue to be occupied by a Black woman who also happens to chair the House Congressional Black Caucus. If Newsom doesn’t tap Bass, her future remains bright—she could wind up in a Biden cabinet.

The Details: The fastest mover up the list is Long Beach Mayor Robert Garcia, whose relationship with the governor also goes back many years. Again, this selection would allow Newsom to make history, as Garcia would be both the first Latino and the first gay senator from California. Garcia has received a lot of attention in recent months; tragically, his mother and stepfather both died this summer after contracting COVID-19, and he was also one of the people chosen to deliver a keynote speech at the (virtual) Democratic National Convention in August.

The Details: Of all the people being considered, Congressman Adam Schiff might have the best chance of having an immediate impact in the U.S. Senate. After all, he has spent 20 years in Washington, chairs the House Intelligence Committee, is a prodigious fundraiser for the party and was a star of the presidential impeachment proceedings. However, Newsom seems unlikely to pick a white male at this moment in time. Even he is passed over, Schiff could still join the Senate, perhaps as early as 2024, if he runs for Dianne Feinstein’s seat.

The Details: Another person garnering increasing attention is newly minted L.A. City Councilman Kevin de León. He and Newsom interacted plenty of times when de León was President pro Tempore of the California Senate, and de León’s environmental advocacy could give him standing in the next four years in Washington. Although de León lost a race against Feinstein in 2018, her recent embrace of Sen. Lindsey Graham during a hearing for the Supreme Court nomination of Amy Coney Barrett ignited fury from progressives, with many opining that de León would never have taken that tack.

The Details: L.A. County Supervisor Hilda Solis won’t be the first name on anyone’s list, but she is on most everyone’s list, which is no small achievement. Solis’s experience includes time as a Congresswoman and U.S. Secretary of Labor under President Barack Obama, and again, Newsom could make history by picking the first Latina U.S. Senator from California.

The Details: If Newsom decides that it is important to appoint a Black woman to Harris’ post, then Rep. Barbara Lee, like Bass, has to be in the discussion. She knows Washington by virtue of her 22 years in Congress, and the Oakland representative is a reliably liberal voice with a record of working to address poverty.

The Details: With his smarts and experience running the nation’s second biggest city, Los Angeles Mayor Eric Garcetti might perform well in the U.S. Senate. But as with Schiff, the likeliest path for this white male to a Senate seat may be via a 2024 election (assuming Feinstein does not run again). It’s also possible that the bilingual L.A. mayor is off the board by the time Newsom makes his selection—the mayor is tight with Biden, and speculation remains high that Garcetti could get a Cabinet appointment.

The Details: Plenty of other players in state Democratic party circles have been mentioned as potential Newsom selections. They range from Congressional reps Katie Porter and Ro Khanna to state Senate President Pro Tem Toni Atkins to Lt. Gov. Eleni Tsakopoulos Kounalakis to San Francisco Mayor London Breed to L.A. County Supervisor Sheila Kuehl and beyond. About the only certainty at this point is that, in the coming months, the rhetoric and the lobbying will continue at a fevered pitch.

RELATED: After a Year Like This One, L.A. Has Earned a Proper Post-Pandemic Party