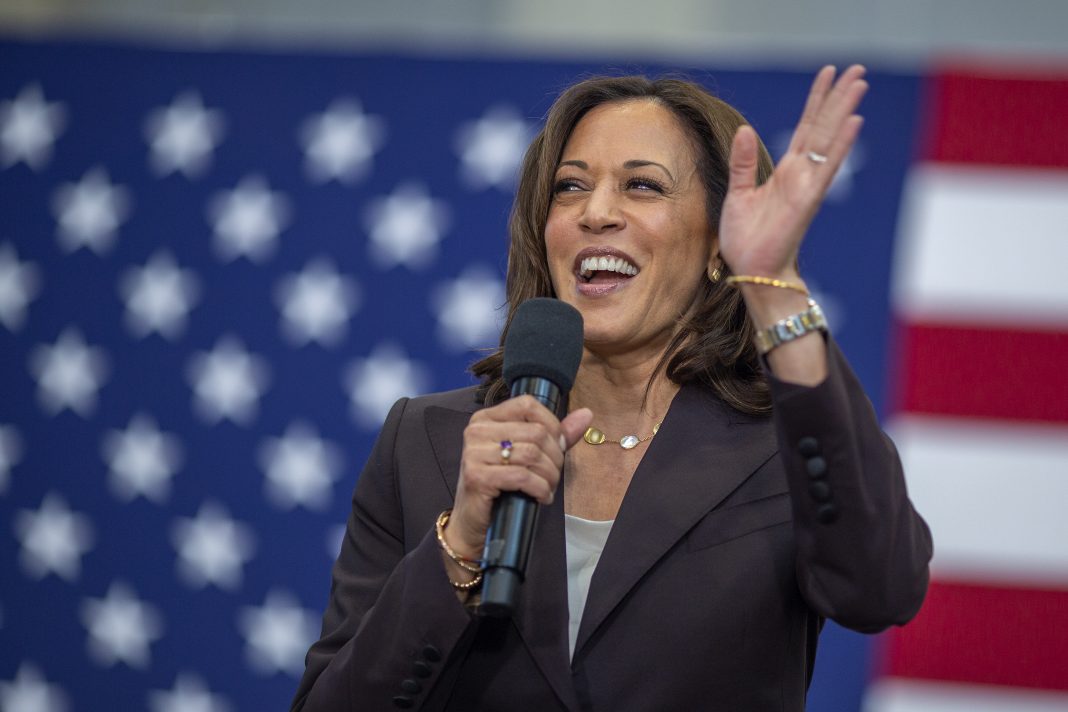 When Kamala Harris declared her presidential candidacy all the way back in January, she seemed like a solid lock for the job: a popular, young-ish senator with good name recognition, and visible speaking roles at some of the most dramatic hearings of the season. Plus she seemed sure to capture the 475 delegates up for grabs in California’s suddenly more-relevant primary. Six months later, a new poll finds Harris fighting to maintain even fourth place among California voters, the latest piece of evidence that enthusiasm for her campaign has slacked.

The UC Berkeley Institute of Governmental Studies conducted the poll on behalf of the Los Angeles Times. It found only 13 percent of likely Democratic primary voters back Harris. That puts her in fourth place–trailing the current leader Joe Biden’s 22 percent and barely squeaking out a lead over fifth-place Mayor Pete.

Jen Palmieri, a senior advisor to Hillary Clinton’s 2016 campaign, believes the candidate-of-the-week hype that’s bounced from Buttigieg to Bernie to Biden may be a symptom of a sexist electorate that takes longer to warm up to female candidates. “I believe that it takes longer for voters to buy into a woman’s candidacy then it does a man’s. That’s one of the reasons you’ve seen men pop early,” she told the Daily Beast.

What that theory doesn’t capture, however, is Elizabeth Warren’s recent surge, which seems likely to have peeled off at least some of Harris’s potential votes. Once seen as something of a long-shot candidate, Warren is now in second place among voters who’ll decide California’s March 3 primary, according to that same UC Berkeley/L.A. Times poll.

The upcoming debate structure may widen the gap between Warren and Harris. Warren looks set to shine on June 26, the first of two nights of candidate debates, during which she’ll go head to head with a slew of more obscure candidates. By contrast, Harris was lumped into the second night, along with other well-known candidates like Biden, Sanders, and Buttigieg, where she may have to fight harder to give a performance that stands out to viewers.

Harris has also sustained some criticism for being insufficiently far-left in a cycle where a bold, progressive vision from a candidate might win over voters. In a CNN town hall she said she supported “Medicare for all,” but then backpedaled that stance, and has never fully clarified what, precisely, she would do on the matter. And there’s the matter of her job before entering the senate. She may not have been “a cop,” as Twitter likes to label her, but she was not entirely not a cop, either.

“The former attorney general of California, Harris is mistrusted by the left mostly because of her roots as a prosecutor,” Ryan Cooper wrote in The Week. “The Black Lives Matter movement has put anyone with law enforcement history under close scrutiny, and California’s criminal justice system is notoriously brutal (though it has improved recently).”

Failing to inspire leftist passion may not be the death knell of her presidential ambitions. Candidates who stake out positions further from the political center–as Warren, Sanders, and some other Democrats are doing–often have a strong showing early on in the primary process, when the goal is to get the party faithful riled up. As time goes on and the question focuses more on electability in the general, Harris’s more centrist brand may appeal to voters.

When it comes to a face-off against Donald Trump, rather than her fellow Democrats, even a new Fox News poll shows her winning. Which could explain why, while Trump focuses many of his verbal barbs on Biden, he’s still taken the time out of his presidential schedule to try to personally slam Harris. His line of attack? “She’s way down in the polls.”

RELATED: What the 2020 Candidates Listen to, Read, and Watch