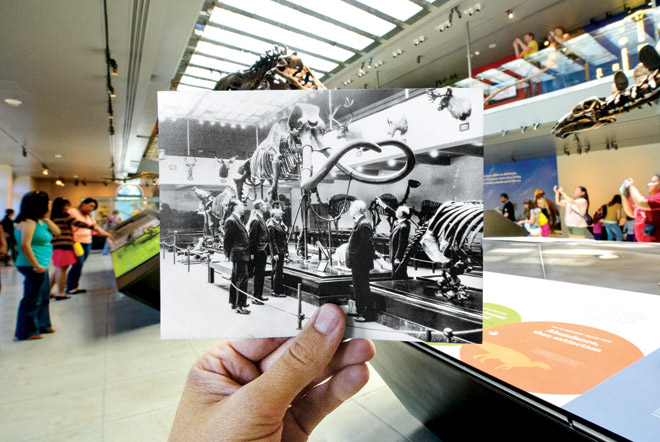 Eager to be portrayed as a world-class metropolis, Los Angeles hosted an entourage of British journalists passing through on a goodwill tour of the United States in 1928. In boosterish purple prose the L.A. Times declared, “They will see for themselves the spectacular beauties of the land and hear the romance that envelops it.” Over several days the reporters visited the usual haunts, such as City Hall, the Huntington, movie studios, and Exposition Park. On November 5 of that year, Natural History Museum director William Alanson Bryan played docent (inset), pointing out the fossils of a Columbian mammoth that had been excavated at the La Brea Tar Pits. The skeletal remains eventually made their way back home, along with other archaeological finds, upon completion of NHM’s sister institution, the Page Museum.