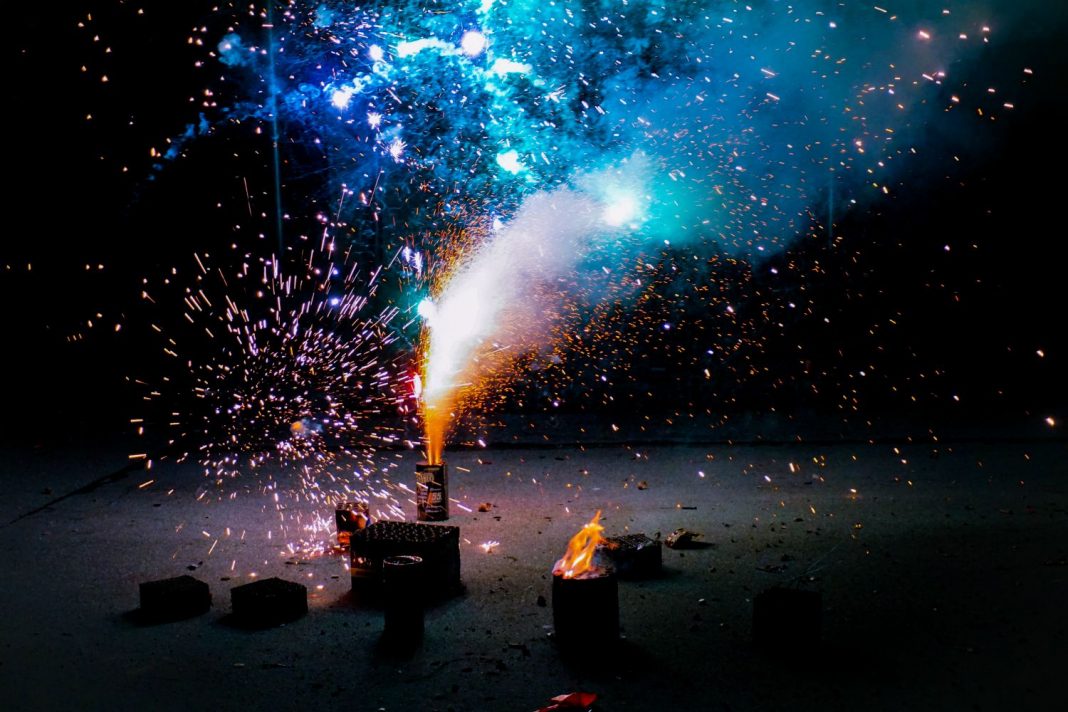 Despite officials canceling professional fireworks displays and issuing a “no fireworks” order across Los Angeles due to the coronavirus pandemic, thousands of Angelenos took it upon themselves to ensure that rockets’ red glare remained a major part of their Fourth of July celebrations—leading to a surge in emergency service calls, fires, and a spike in air pollution.

While the Los Angeles Fire Department averages just under 1,400 calls in a typical 24-hour period, on Saturday it responded to 1,738 calls for service, including 200 calls for rubbish fires, 103 tree fires, 28 grass fires, and 11 shrub fires.

In the most serious incident, a fireworks-related blaze took out eight units in a Northridge apartment complex and displaced 50 residents before 80 firefighters could extinguish the flames.

“As it always is, the Fourth of July was a busier night for all different types of fires,” L.A.F.D. spokeswoman Margaret Stewart told the Los Angeles Times. “Whereas people like to disregard and create their reasons for why they think fireworks are illegal, last night proved the point in terms of a tree fire that extended into an apartment building.”

Particle pollution was so bad that air quality in parts of the city was rated as hazardous into Sunday Morning.

Meanwhile, the Los Angeles County Fire Department, which serves unincorporated L.A. County and 59 cities, also saw calls skyrocket. The department normally gets 1,100 to 1,200 calls per day, but it received 1,676 calls for service on Saturday—with nearly 500 coming between 9 and 10 p.m. alone.

Fireworks still going all across Los Angeles despite @GavinNewsom and @ericgarcetti trying to criminalize our freedoms.

Californians are tired of Newsom.

Civic-minded folks on another band of the spectrum, meanwhile, had their own take on the fireworks…

Despite a ban on fireworks in LA county, hundreds explode nightly over Los Angeles upsetting my roommate, Jessica. Which is one effective way our Los Angeles born and raised neighbors fight gentrification.pic.twitter.com/EdkWLj1SJv

RELATED: What’s the Deal with All the Fireworks Noise?