Home L.A. History Pile In: The José Huizar Corruption Scandal Is Going to Be a... 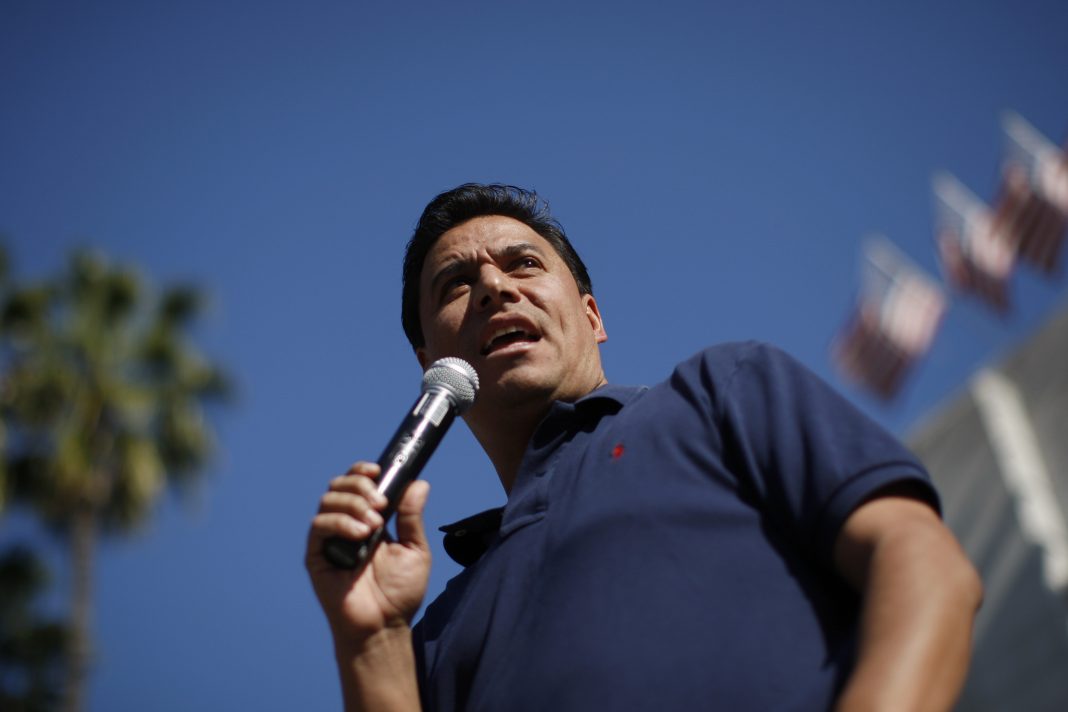 Over the past few months, the FBI has been conducting a massive corruption probe into L.A. City Hall, revolving around downtown’s development boom, the Chinese companies who financed it, and the potential mishandling of funds by high-ranking city officials. At the center of it all is Councilman José Huizar, who has represented downtown and parts of the Eastside for over a decade and is no stranger to controversy. As details continue to trickle in about his involvement in the scandal, the folks at Esotouric have announced a tour that will trace the “rise and fall” of the city lawmaker through the lens of his impact on local architecture.

Jose Huizar’s DTLA: A New Crime Bus Tour won’t be launched until after the investigation wraps up, but Esotouric cofounders Kim Cooper and Richard Schave say they’ve already mapped a route. “These locations are intrinsically connected to Huizar’s career as a policy maker in downtown and East Los Angeles,” says Schave. “My wife and I for almost 10 years have taken issue with the majority of his policy decisions regarding preservation, and its role in public policy.”

One of the stops is Boyle Heights’ Bishop Mora Salesian High School, where Huizar allegedly sent staffers to work for his professional fundraiser wife on city time. Another is the downtown Oceanwide Plaza development, which was being funded by one of the Chinese developers named in the recent FBI warrant before construction was suddenly halted last month.

The tour will also include structures that have been demolished or threatened during Huizar’s tenure, such as the 6th Street Viaduct, the Pickle Works Building, and Times Mirror Square. Schave says he hopes to use these sites as a launching point to delve into the city’s history of government scandals. “It’s so hard to tell the story of how City Hall is crooked,” he says. “Recent discoveries are helping us construct an interesting, engaging narrative around the nature of corruption.”

For more info about the tour and to sign up for a notification when it debuts, check Esotouric’s website.

RELATED: Is There Buried Treasure in Downtown Los Angeles?

The City Hall Corruption Scandal Just Got Even More Intriguing. Here’s What You Need to Know