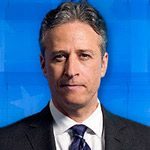 Late last week, U.S. District Court Judge Audrey Collins dismissed a lawsuit filed by a Christian group looking to force City Hall to permit Christmas nativity scene displays in Palisades Park. It was a last-ditch effort to restore a nearly 60-year tradition that was interrupted in 2011 when atheists entered the lottery for public display lots and won 18 of the 21 spaces available, triggering a bitter fight that led the City Council to ban private unattended displays in the park altogether. (The Nativity Scenes Committee announced Monday it would move to a new location.)