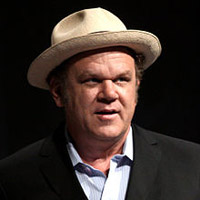 The actor’s latest flick may be Wreck-It Ralph, an animated homage to 8-bit video games (out Friday), but in real life he is plugged into L.A.’s folk-rock scene. He shares a few homey haunts:

1) Largo
“A historic theater where you can have a Guinness in the courtyard and people like Elvis Costello or Eric Clapton stop in to play.”

2) Echo Country Outpost
“An intimate place with a sense of hippie love without too much patchouli.”