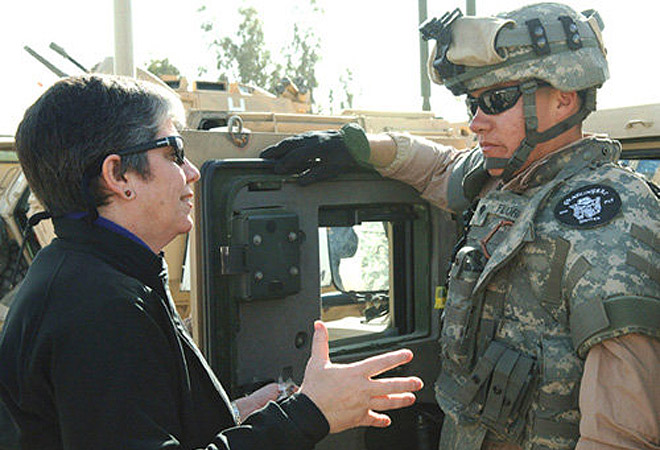 In a slightly surprising announcement today, Secretary of Homeland Security and former governor of Arizona Janet Napolitano has been named the next president of the University of California school system. This will be the first time in the 10-campus system’s 145 years that a woman has held the position.

According to the Los Angeles Times, Napolitano was nominated by a committee of UC Regents, all of whom felt she was a prime—albeit unconventional—candidate. (The post has historically been held by an academic.) In light of winning the position, Napolitano, who has been the head of President Obama’s Homeland Security team since 2009. is set to resign today from her post in Washington. In a statement to the press, she said:

For more than four years I have had the privilege of serving President Obama and his Administration as the Secretary of Homeland Security. The opportunity to work with the dedicated men and women of the Department of Homeland Security, who serve on the frontlines of our nation’s efforts to protect our communities and families from harm, has been the highlight of my professional career. We have worked together to minimize threats of all kinds to the American public. The Department has improved the safety of travelers; implemented smart steps that make our immigration system more fair and focused while deploying record resources to protect our nation’s borders; worked with states to build resiliency and make our nation’s emergency and disaster response capabilities more robust; and partnered with the private sector to improve our cybersecurity. After four plus years of focusing on these challenges, I will be nominated as the next President of the University of California to play a role in educating our nation’s next generation of leaders. I thank President Obama for the chance to serve our nation during this important chapter in our history, and I know the Department of Homeland Security will continue to perform its important duties with the honor and focus that the American public expects.

Robert Powell, the chairman of UC’s faculty Senate and consultant on the presidential search, said Napolitano was the clear frontrunner among 300 potential candidates. She “has demonstrated an outstanding ability to deal with complex organizations under demanding circumstances,” he said.

Sherry Lansing, the regent who headed UC’s search committee, was in agreement. “Secretary Napolitano is without a doubt the right person at the right time to lead this incredible university,” she said in a statement being released today. “She will stand as a vigorous advocate for faculty, students and staff at a time when great changes in our state, and across the globe, are presenting as many opportunities as challenges.”