Home Celebrity Jane Fonda, Still a Revolutionary at 81, Was Arrested During a Climate... 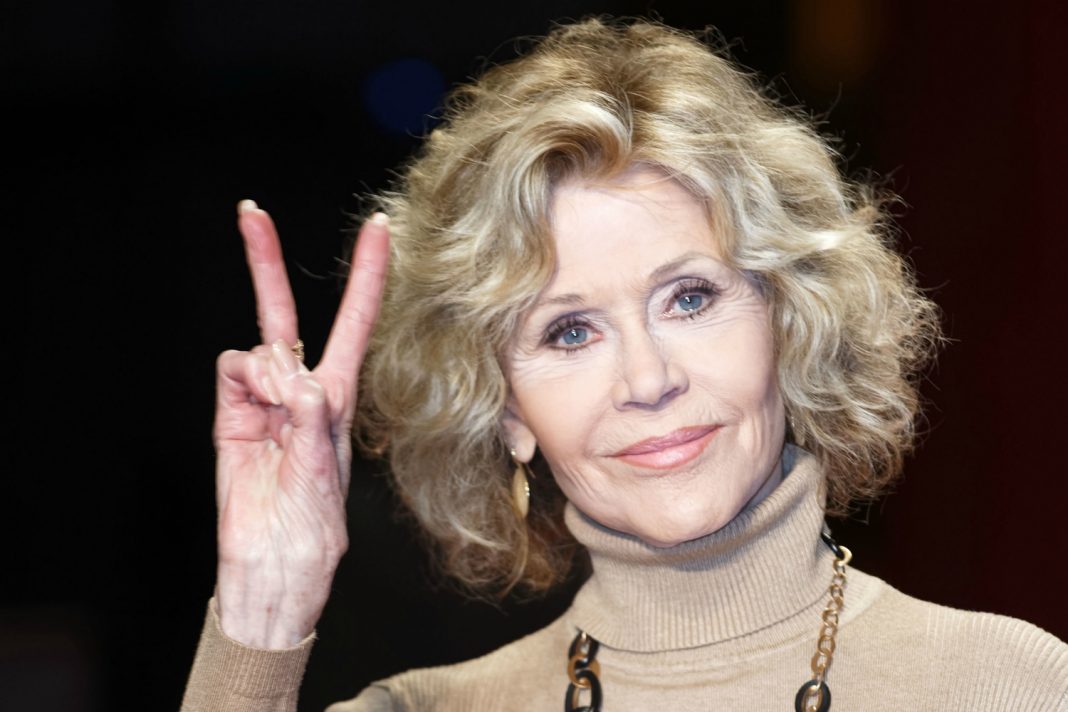 Jane Fonda’s prediction that she’d be arrested in the name of climate change came true on Friday during a demonstration in D.C. to demand a Green New Deal.

The 81-year-old Oscar winner and longtime activist was taken into custody on the steps of the U.S. Capitol building mid-protest, while holding a sign that read “No New Fossil Fuels” on one side and “Vote. Speak. Act” on the other.

Jane Fonda along with other protestors getting arrested at the steps of the Capitol in DC —where they were demanding action on climate change.
pic.twitter.com/Nv7X5OHrfD

The actress was not the only one arrested. Fifteen other protesters who surrounded Fonda were also taken into custody. A United States Capitol Police spokesperson said, “Today, the United States Capitol Police arrested 16 individuals for unlawfully demonstrating on the East Front of the U.S. Capitol.” All people taken into custody were charged with crowding, obstructing, or incommoding.

In an interview with The Washington Post, Fonda explained that she’s made a temporary move to the country’s capital in order to take a more proactive stance against climate change, saying, “The least I can do is move my body to D.C.”

She dubbed the weekly protests “Fire Drill Friday,” adding she plans to “engage in civil disobedience and we’re going to get arrested every Friday.”

What inspired Fonda to relocate, albeit temporarily? Climate change activist Greta Thunberg, whose outspokenness on environmental issues moved the activist emotionally as well as physically. “It so traumatized her that she stopped speaking and eating,” said Fonda. “And when I read that it rocked me, because I knew that Greta had seen the truth.”

This certainly is not the octogenarian’s first run-in with the law; she was famously arrested in 1970 for protesting the Vietnam War.

RELATED: Jane Fonda and Lawrence Bender are Good for the Environment