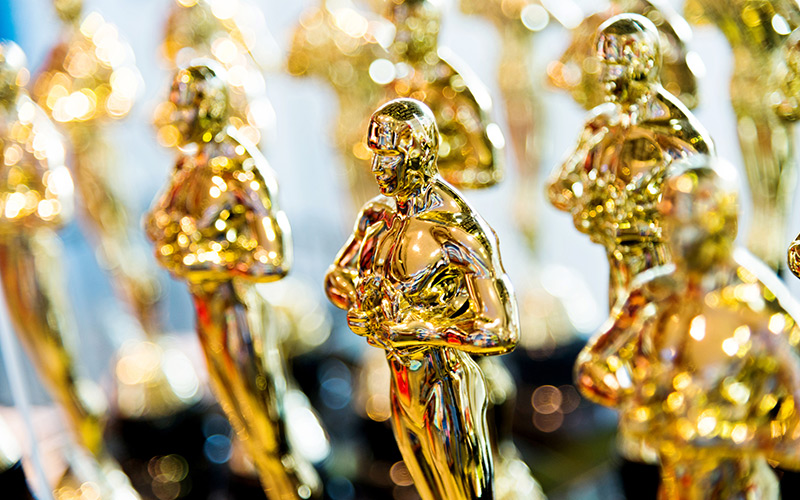 Add James Cameron, composer John Williams, and Star Wars universe producer Kathleen Kennedy to the growing list of entertainment industry leaders who want the Academy of Motion Pictures Arts and Sciences to reinstate the categories they cut from the upcoming Oscars telecast—whether viewers want to sit through them or not.

As Variety reports, the Oscar-winners joined more than 70 other film pros in signing a letter to Academy President David Rubin saying its plan to present eight of the awards during the hour before the show itself airs on March 27 would “demean” the snubbed artists and “relegate [them] to the status of second-class citizens.”

The hateful 8 that have been tossed to the pre-game show are original score, film editing, production design, makeup and hairstyling, sound, documentary short, live-action short and animated short. The Academy’s position is that it’s fine because the nominees in those categories will be still be announced, and the winners’ acceptance speeches will be aired after a bit of editing.

The Academy claims it’s necessary to give these award-winners the cheap seats in order to keep the annual extravaganza to a trim three hours. The letter-signers beg to differ, stating, “To diminish any of those individual categories in the pursuit of ratings and short-term profits does irreparable damage to the Academy’s standing as impartial arbiters, responsible stewards of our industry’s most important awards.”

Those in favor of dropping the now-extraneous awards would argue that ABC can’t afford to repeat last year’s nightmare, which dragged in the lowest ratings ever. The artists counter that there’s more to life than numbers.

“Seeking new audiences by making the telecast more entertaining is a laudable and important goal,” they say, “but this cannot be achieved by demeaning the very crafts that, in their most outstanding expressions, make the art of filmmaking worthy of celebration.”

They’re not alone in that sentiment. Earlier this week, some Oscar-collecting directors rejected the Academy’s move. Sticking up for his old colleague John Williams—whose 52 noms make the living record-holder, including the one he won for the Jaws score—Steven Spielberg said that “without John Williams, ‘Jaws’ would wear dentures.”

Jane Campion, who’s eyed as top contender for Best Picture with The Power of the Dog, said at the ADG Awards on Saturday, “I don’t know what their reasons were, it’s hard for any directors to understand that choice. I would definitely have included design in the main body of the awards because the designer is one of the very first people I bring onto a team.”

Of course, if you’re in search of a villain, there’s always the network, ABC, and its watchful mothership, Disney.

A governor of one of the Academy branches that had its category yanked from the live broadcast tells The Hollywood Reporter that ABC threatened the Academy with canceling whole damn thing if 12 categories didn’t get the axe.

“We were told we’d have to sacrifice something or we were going to lose the whole show,” this governor said.