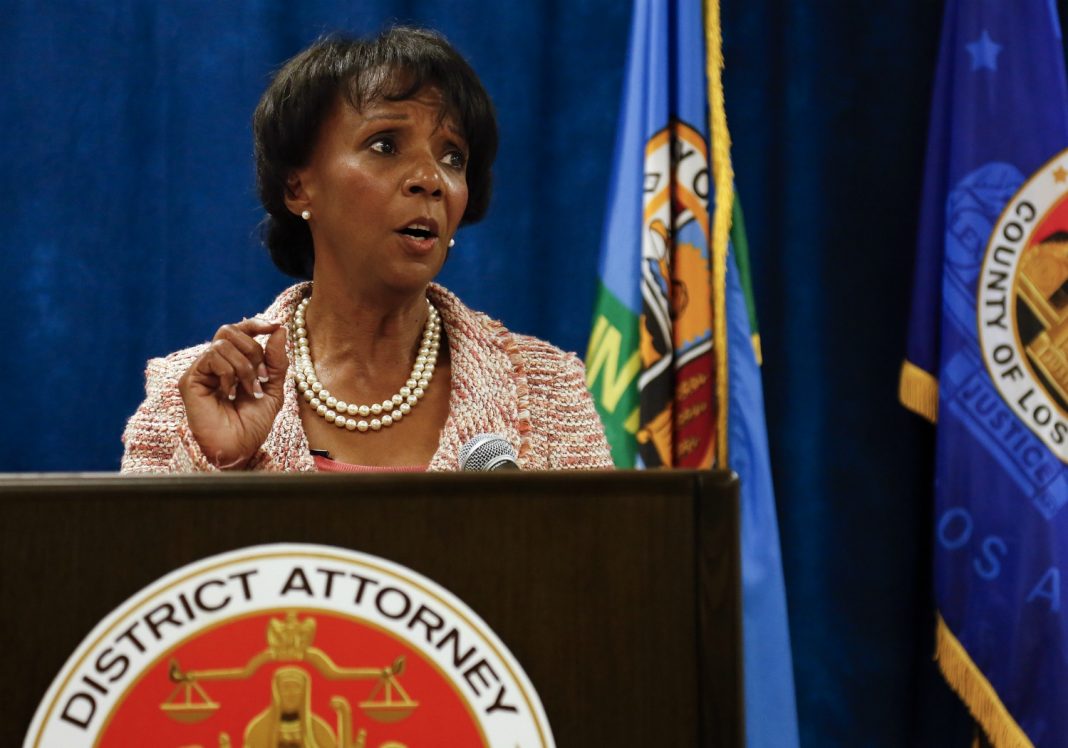 Eight years after she was first elected to the office, Los Angeles County District Attorney Jackie Lacey conceded to her progressive challenger, George Gascón, in an emotional speech on Friday morning. As ballots continue to be tallied, Lacey, the first Black woman to serve as L.A. County’s prosecutor, appears to be down by an insurmountable margin, with 46.28 percent of the vote to Gascón’s 53.72 percent.

Through tears, Lacey thanked her mother and other family members, including husband David Lacey, who she applauded for being willing to put “his own life in danger to protect me.” David Lacey is currently facing charges for pulling a gun on three Black Lives Matter protesters who attempted to confront Lacey at her San Fernando Valley home.

In recent years, Lacey’s ouster has been a cause cèlébre for Black Lives Matter Los Angeles and other local social justice groups, largely for her reluctance to prosecute police officers accused of misconduct, including lethal use of force. In today’s speech, Lacey spoke of herself as a casualty of the social justice movement: “What happened in my election may one day be listed as a consequence of that…a result of our season of discontent and our demand to see a tsunami of change.” BLM activists were planning to speak outside the Hall of Justice following Lacey’s remarks.

Lacey also blamed a “tsunami” of money that was spent by the Gascón campaign, claiming her campaign was outspent by an “unprecedented” $5 million. Despite support from a slew of law enforcement unions—the Association for Los Angeles Deputy Sheriffs, the California Correctional Peace Officers Association, and the L.A. Police Protective League all dropping seven figures on her behalf—Lacey raised $7 million to Gascón’s $12 million at final count, according to the L.A. Times.

After cataloging what she considers the office’s accomplishments during her tenure—an invigorated environmental crime unit, a reduction of the jail population in response to the pandemic, and a robust focus on sex trafficking—Lacey said she hopes that people will commit to “appreciating the humanity in each other,” adding that individuals shouldn’t be judged by the color of their skin or “chosen profession,” referring to police officers.

Gascón is expected to speak via Zoom at 1 p.m. on Friday.

L.A. Prosecutors Are at Loggerheads with Their New Boss, George Gascón